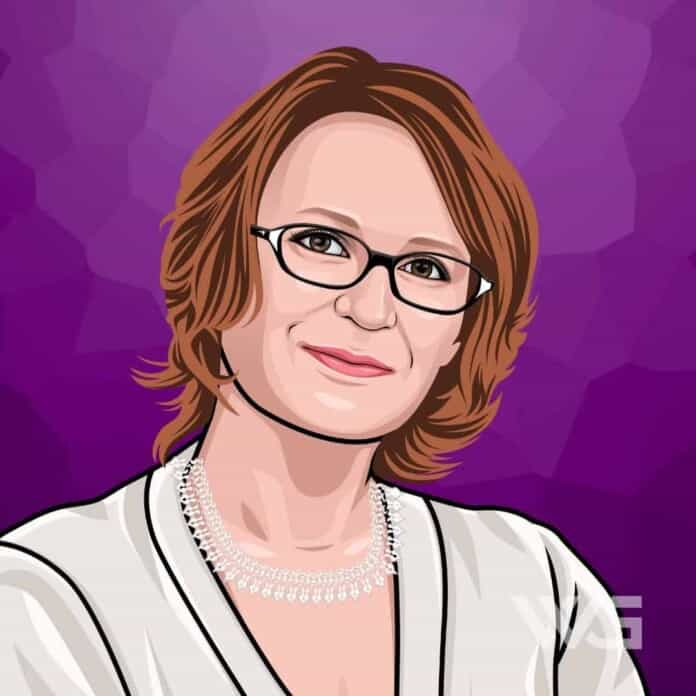 What is Meg Cabot’s net worth?

Cabot has written and published over fifty novels of young adult and adult fiction, and is best known for her young adult series ‘Princess Diaries,’ which was later adapted by Walt Disney Pictures into two feature films.

She has received several book awards, including the New York Public Library Books for the Teen Age, the American Library Association Quick Pick for Reluctant Readers.

Meggin Patricia Cabot was born on the 1st of February, 1967, in Bloomington, Indiana.

Cabot graduated from Indiana University. After school, she moved to New York City with the original aim of pursuing a career as an illustrator.

In 1993, she married financial writer and poet Benjamin D. Egnatz. Their wedding date, April Fool’s Day, was a deliberate play on her husband’s belief that only fools get married in the first place. The wedding was actually an elopement in Italy.

Cabot planned on becoming an illustrator and moved to New York City in order to pursue this dream. She found employment as an assistant manager of the freshman dormitory at the New York University. She started writing as a hobby even as she worked full-time.

Her debut novel ‘Where Roses Grow Wild’ was published in 1998. She followed the novel with two other books ‘Portrait of My Heart’ and ‘An Improper Proposal,’ published in 1999.

Around this time she also began working on a series of novels for younger adults called ‘The Princess Diaries’.

‘The Princess Diaries’ was rejected 17 times before being published by Harper Collins in 2000. The book became an instant hit and was a New York Times bestseller.

In 2001, the book was adapted into a movie of the same name by Whitney Houston and starred Anne Hathaway as the lead role. Harper Collins signed Cabot to write three more books in ‘The Princess Diaries’ series.

About the same time she started working on ‘The Princess Diaries’, Cabot also wrote a series of six novels in what was called ‘The Mediator Series’.

How Does Meg Cabot Spend Her Money?

Meg Cabot spends some of her money on charity work.

Cabot has supported charities such as Hero in Heels, War Child, and Wish Upon A Hero Foundation.

Here are some of the best highlights of Meg Cabot’s career:

“Courage is not the absence of fear but rather the judgement that something is more important than fear; The brave may not live forever but the cautious do not live at all.” – Meg Cabot

“A WRINKLE IN TIME is one of my favorite books of all time. I’ve read it so often, I know it by heart. Meg Murry was my hero growing up. I wanted glasses and braces and my parents to stick me in an attic bedroom. And I so wanted to save Charles Wallace from IT.” – Meg Cabot

“One of the biggest mistakes girls can make concerning their romantic life is sitting around waiting for their prince to find them, rather than getting out there and finding him themselves.” – Meg Cabot

“Writing used to be my hobby, but now that it’s my job, I have no hobby – except watching TV and laying around the pool reading ‘U.S. Weekly.’ I have tried many hobbies, such as knitting, Pilates, ballet, yoga, and guitar, but none of them have taken.” – Meg Cabot

“Growing up, I mostly read comic books and sci-fi. Then I discovered the book ‘Jane Eyre’ by Jane Austen. It introduced me to the world of romance, which I have since never left. Also, the world of the first-person narrative.” – Meg Cabot

Now that you know all about Meg Cabot’s net worth and how she achieved success; let’s take a look at some of the lessons we can learn from her:

We can all agree that first loves can be a scary thing, and that growing up is hard to do.

Save your rejections so that later when you are famous you can show them to people and laugh.

If you’re writing a screenplay, you need to be prepared to let go: there’s a good chance the words you write aren’t going to be the ones that end up on the screen.

How much is Meg Cabot worth?

Meg Cabot’s net worth is estimated to be $80 Million.

How old is Meg Cabot?

How tall is Meg Cabot?

Meg Cabot is an American author. She is best known for ‘The Princess Diaries’ series, the ‘Avalon High’ series, and the ‘Insatiable’ series.

Both ‘The Princess Diaries’ and ‘Avalon High’ have spawned successful film versions. She was born in Bloomington, Indiana.

Throughout her career, she has released 14 books under the Princess Diaries series from 2000 to 2009.

What do you think about Meg Cabot’s net worth? Leave a comment below.