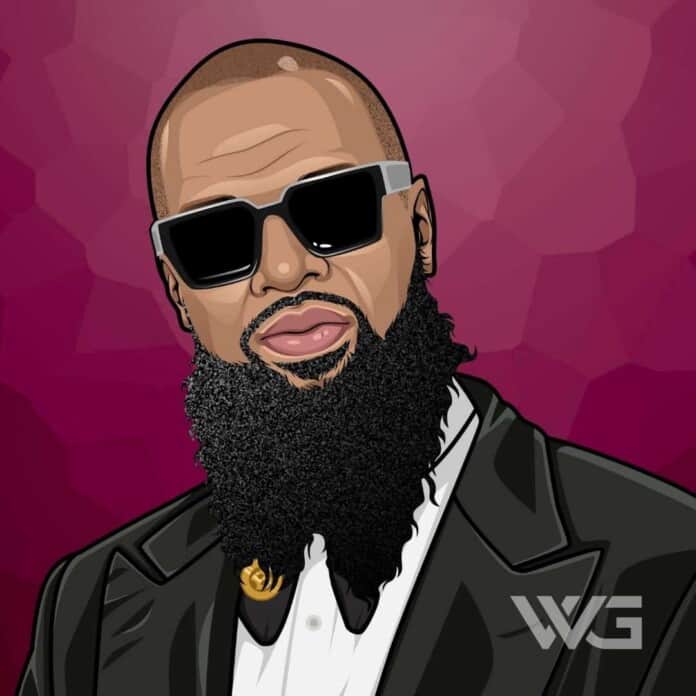 What is Slim Thug’s net worth?

Slim Thug is an American rapper.

Thug gained mainstream attention for his contribution to the hit single by rapper Mike Jones, ‘Still Tippin’. His career started in the late 1990s on the Swishahouse label.

After realizing how much money he could make by distributing his own mixtapes, he parted ways with Swishahouse and formed his own independent label.

Stayve Jerome Thomas was born on the 8th of September, 1980, in Texas.

Thomas started his rap career with Swishahouse in the late 1990s. After realizing how much money he could make distributing his own mixtapes, he parted ways with Swishahouse on good terms and formed his own independent label, Boss Hogg Outlawz.

He appeared on ‘Still Tippin’ with Mike Jones and Paul Wall, Beyoncé Knowles’ single ‘Check on It’ and Gwen Stefani’s ‘Luxurious.’

The following year, he released his second solo album, ‘Boss of All Bosses’. Although not as successful as his debut album, Boss of All Bosses debuted on the 15th spot on the Billboard 200, with 32,000 copies sold in the first week released.

In 2013 he released a new EP titled ‘Welcome to Texas’ EP featuring guest appearances from Rick Ross, Pimp C, and Ludacris, among others.

In March 2020, Slim Thug released his album ‘Thug Life,’ and he announced that he had tested positive for COVID-19.

How Does Slim Thug Spend His Money?

Slim Thug spends some of his money on his home in Texas.

Here are some of the best highlights of Slim Thug’s career:

“The one with Ludacris, there was a time limit, and he was in Africa so we could never get with him, and then the one with Scarface – the dude who had the beat didn’t send it to him on time and then by the time he had got it, it took him too long to do it. It was a time thing. I couldn’t wait. So we had to move on.” – Slim Thug

“It’s like the whole been fucked up. It’s like a lot of shit happened. I ain’t mad about the sales; going gold. The whole thing about it is there was so much shit that went down. The album got bootlegged, it got pushed back, and we didn’t have a single out when the album came out.” – Slim Thug

“Yeah, Killa Kyleon. Right after they want me to do my album at the beginnin’ of the year, he comin’ right after that. Killa Kyleon is the one man. He’s the most lyrical out of all of us. This is what he does. He raps for real. Me and the other dudes, they focus on rap a lot, but me personally I’m not a dude who lives in the studio.” – Slim Thug

“I ain’t got no problems with nobody, man. Everybody that’s been sayin’ what’s goin’ on or whatever been shit over directed to me and motherfuckers fuck with me. When Bun B calls me for somethin’, it’s done. I don’t give a fuck who on there, and I never will give a fuck.” – Slim Thug

Now that you know all about Slim Thug’s net worth and how he achieved success; let’s take a look at some of the lessons we can learn from him:

When the going gets tough, the tough get going.

Becoming is better than being.

The mind is its own place and in itself can make a heaven of hell, a hell of heaven.

How much is Slim Thug worth?

Slim Thug’s net worth is estimated to be $2 Million.

How old is Slim Thug?

How tall is Slim Thug?

Slim Thug is an American rapper. Thug was born Stayve Jerome Thomas in Houston, Texas. He was 17 years old when he started to perform freestyle raps. In the late 1990s, he started his career with Swishahouse records. He left the label and started his own called Boss Hogg Outlawz. Thug has also bought two record stores and worked in real estate.

What do you think about Slim Thug’s net worth? Leave a comment below.