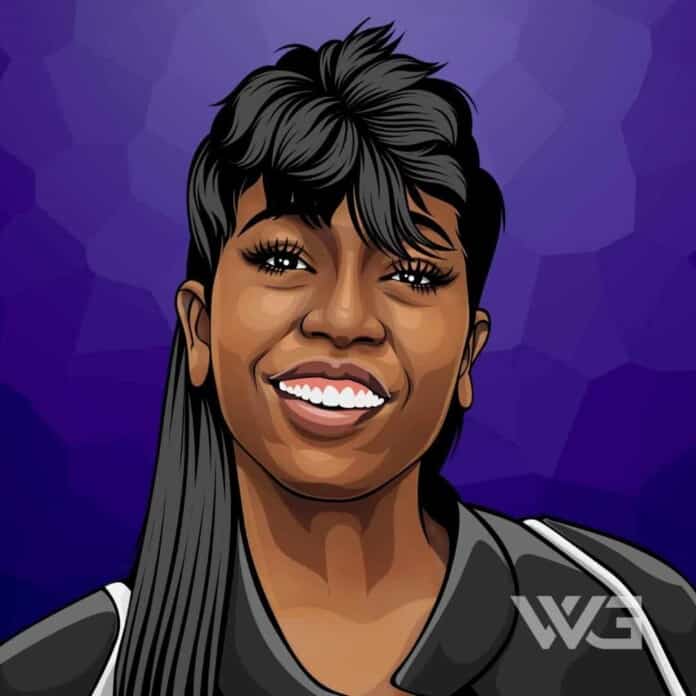 What is Missy Elliott’s net worth?

As of February 2023, Missy Elliott’s net worth is approximately $50 Million, making her one of the richest female rappers in the world.

Melissa Arnette “Missy” Elliott is an American singer, rapper, songwriter, dancer, producer and actress from Virginia. She is best known for being a member of the Swing Mob alongside her childhood friend Timbaland.

Elliott is an incredible female rapper, that has been working with stars all over the world. She launched her solo career in 1997 with her debut album ‘Supa Dupa Fly’.

Melissa Arnette ‘Missy’ Elliott was born on the 1st of July, 1971, in Portsmouth, Virginia. Elliott is the daughter to Ronnie Eliott, a U-S marine officer and Patricia Elliott, who worked as a coordinator at a power company.

When Elliott was a child, she always wanted to become a performer, but no one paid attention to her. As a child, her father’s anger and violent behavior towards her mother affected her deeply. That was the time when Elliott began with music, and that was a way for her to escape her feelings.

Elliott took her first step into the world of music by forming the R&B group, Fayze along with her friends. The group came up with some demo tracks including the promo ‘First Move’.

In 1991, she caught the attention of Jodeci member and producer, DeVante for whom she sang backstage during the Jodeci concert.

DeVante helped her relocate to New York, where Fayze signed with Elektra Records. Timbaland and Barcliff were christened with a new name, Sista. Elliott began writing and rapping for Raven-Symone’s 1993 debut single, ‘That’s What Little Girls Are Made Of’.

Alongside with her friends, Elliott came up with the best Sista album, ‘4 All the Sista’s Around Da World’. However, the album was never released. She began to work more with her friend Timbaland, where she worked as a producer and songwriter for various singing sensations including Aaliyah, Nicole Wray, Destiny’s Child and more.

In 2006, Elliott came out with her compilation album, ‘Respect M.E’, which was released by the Atlantic Records label. In 2010, she went on a massive two-part tour to various parts of Europe, Australia, Asia, and Africa.

A few years later, she released two exclusive singles for I-Tunes, the tracks were ‘9th Inning’ and ‘Triple Threat’. The following year, she directed Sharaya J’s latest music video, ‘Smash Up the Place/Snatch Yo Wigs, ‘ which became her debut direction since ‘Ching-a-Ling’.

As of February 2023, Missy Elliott’s net worth is estimated to be roughly $50 Million.

Here are some of the best highlights of Missy Elliot’s career:

“When I first started out in the music industry and went to Elektra Records, I didn’t go to be an artist, I went to get a record label started. And they said in order to have a label deal, I had to be an artist – so that’s what I did.” – Missy Elliott

“”Lil Wayne is a person who I think is really deserving of the success he’s had. I’m someone who can stay in the studio 24-7, and I’ve watched him stay in there just as long. He has creativeness about him that I love.” – Missy Elliott

“I want kids of this generation to see that everything is cool, that there’s some kind of unity in hip-hop. We all found something that’s really important to us, and music is all we’ve really got.” – Missy Elliott

“I’m kind of speaking for the females, … what’s in our mind if we could get revenge, what it would be like. Not to say that we would do it because we would be locked up if you go by my video version of it but just in our minds if we could have our way with a relationship gone bad. So it’s crazy.” – Missy Elliott

“I love my mother. She’s my first love. She has been through a lot and is a sole survivor.” – Missy Elliott

3 Lessons from Missy Elliott About Love

Now that you know all about Missy Elliott’s net worth, and how she achieved success; let’s take a look at some of the most important lessons we can learn from her about love:

1. Stand Up For Yourself

Never give up the things you like to do once you begin dating. Most importantly, do not financially support a man who mistreats you.

Sometimes in life, you’ve got to take RISKS! Date the hot boy, aka, bad boy. He will show you a good time and allow you to explore a different side of yourself. Just remember not to engage in illegal activity, but you already knew that.

3. Don’t Tell People Too Much

You shared your relationship problems with your friends and family. Wrong move- every time they see your partner, they will remember the issues you both have. Next time, keep that information to yourself and Jesus.

How much is Missy Elliott worth?

Missy Elliott’s net worth is estimated to be $50 Million.

How old is Missy Elliott?

How tall is Missy Elliott?

Missy Elliott is one of the most legendary and celebrated female music artists in the world.

She is a five-time Grammy Award winner and the only female artist to have six of her albums platinum-certified. She has accomplished the unexpected in the male-dominated world of rap music.

As of February 2023, Missy Elliott’s net worth is estimated to be roughly $50 Million.

What do you think about Missy Elliott’s net worth? Leave a comment below.

Small forward Cam Reddish started his NBA career in 2019 and has since earned millions with his skills on the court.