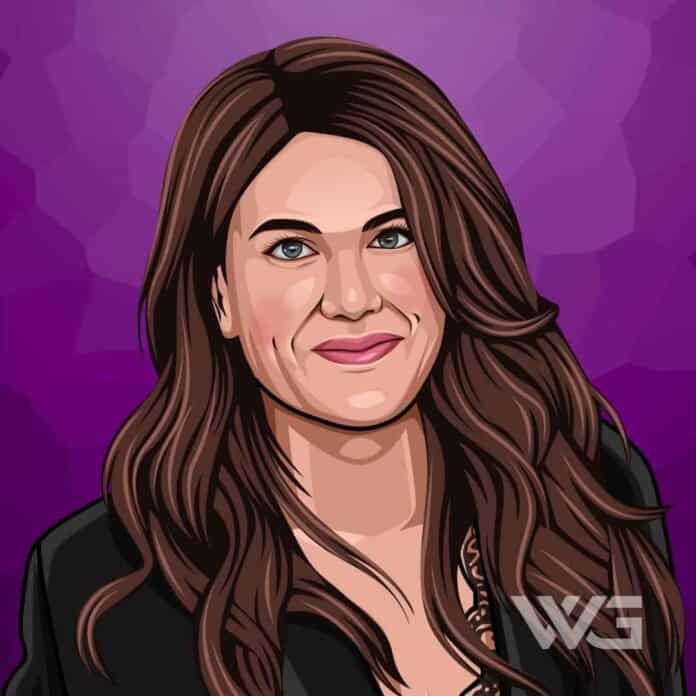 What is Monica Lewinsky’s net worth?

Lewinsky worked at the White House between 1995 to 1996. Lewinsky has engaged in several ventures that included a line of handbags under her name. She has also been a spokesperson for a diet plan and worked as a television personality.

Monica Camille Lewinsky was born on the 23rd of July, 1973, in California. Lewinsky is the daughter of Bernard Lewinsky and Marcia Kaye Vilensky.

Her family would regularly attend the “Sinai Temple” which was a conservative Judaist temple that was located in California. Lewinsky attended her senior school year at Beverly Hills High School.

Lewinsky moved to Washington D.C where she landed a role at the ‘White House Office’ in 1995. She used to work under the White House Chief of Staff.

The following year, she transferred to ‘The Pentagon’ located in Arlington County. A few years later she gave an interview on the show ’20/20′. The program was hosted by Barbara Walters and was watched by 70 million Americans.

In 1999, Lewinsky started her own line of handbags under the name ‘The Real Monica, Inc’ which sold in California, New York, and London. She eventually signed a $1 million endorsement deal with ‘Jenny Craig’.

She then appeared in an episode of ‘The Tom Green Show in 2000.’ In the show, she was portrayed as traveling to her hometown, along with the host of the show.

Since then, she has also spread awareness about ‘Cyberbullying,’ speaking about it in ‘TED Talks’ and other social media platforms.

Here are the best highlights of Monica Lewinsky’s career:

“Sure, my boss took advantage of me, but I will always remain firm on this point: it was a consensual relationship. Any ‘abuse’ came in the aftermath when I was made a scapegoat in order to protect his powerful position.” – Monica Lewinsky

“Anyone who is suffering from shame and public humiliation needs to know one thing: You can survive it…you can insist on a different ending to your story. Have compassion for yourself. We all deserve compassion, and to live both online and off in a more compassionate world.” – Monica Lewinsky

“Getting and keeping my immunity became very important to me. For I needed to take care of myself and my family. No one else was worried about me.” – Monica Lewinsky

“I tried to walk a line between acting lawfully and testifying falsely, but I now recognize that I did not fully accomplish this goal and that certain of my responses to questions about Ms. Lewinsky were false.” – Monica Lewinsky

“Well, for me, really, I think it was I wanted to try and clear up some of the misperceptions that were out there and fill in some of the historical gaps.” – Monica Lewinsky

View our larger collection of the best Monica Lewinsky quotes!

Now that you know all about Monica Lewinsky’s net worth, and how she achieved success; let’s take a look at one of her best lesson:

As far as our culture of humiliation goes, what we need is a revolution. Public shaming as a blood sport has to stop.

How much is Monica Lewinsky worth?

Monica Lewinsky’s net worth is estimated to be $1.5 Million.

How old is Monica Lewinsky?

How tall is Monica Lewinsky?

Monica Lewinsky has appeared on several TV shows, interviews and commercials throughout her career. She has also come up with her own line called ‘The Real Monica, Inc’. The label has sole products all over the world.

What do you think about Monica Lewinsky’s net worth? Leave a comment below.