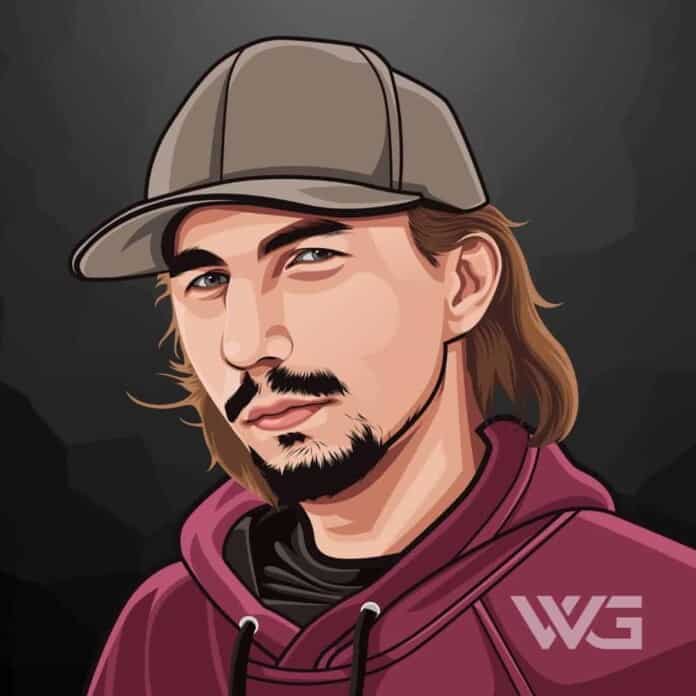 What is Parker Schnabel’s net worth?

As of November 2022, Parker Schnabel’s net worth is approximately $8 Million.

Parker Schnabel is an American gold miner and reality television star who is best known for starring on the reality TV-Show ‘Gold Rush’ and its spinoff ‘Gold Rush: Parker’s Trail’.

‘Gold Rush’ debuted in 2010 and his participation in the TV-show is notable for the episodes in which he attempted to help the miners at the Porcupine Creek.

Parker Russell Schnabel was born on the 22nd of July, 1994, in Alaska. Schnabel is the son of Roger and Nancy Schnabel. He started to get involved with mining since he was only 5 years old.

Parker grew up working for his grandfather and he started operating heavy machinery at an early age as well. When he was in high school he gained stardom and played in the school’s basketball team.

After graduating, Parker Schnabel took over the daily operations of the mine. When his grandfather stepped off from work he would work for him.

Schnabel rise to fame when he starred in the Discovery Channel series ‘Gold Rush Alaska’ which had its debut in 2010. He became well known when he attempted to help the miners at the Porcupine Creek.

When he was running his own mining operation he found 1029 oz of gold. Schnabel also starred in the reality television series ‘Gold Rush: The Dirt’ between the years  2012 to 2016.

The following year, he starred in the spin-off reality TV series’ Gold Rush: Parker’s Trail’. He has also worked as a producer on all three shows. He has mined a total of $13 million worth of gold by age 24.

Here are the best highlights of Parker Schnabel’s career:

“At our mining site, we’ve automated all of that. You run big equipment and your object is to do manual labor the least amount possible, but in South America, and Guyana in particular, South America is all manual labor. Everything that happens is moved by hand, almost. Though there are some excavators.” – Parker Schnabel

“The toughest thing is that it’s very seasonal work and we basically have four months to make a year’s worth of money, not only is it difficult but it is also dangerous because everybody is working long hours, long days … from a safety standpoint, that’s risky.” – Parker Schnabel

“I don’t know, you just kind of get focused on working and most of the time it doesn’t bother you too much. If I need to let some steam off I have a dirt bike and I go for a ride. I love riding my bike.” – Parker Schnabel

“I’d say overall the first time I went out to Dawson was really enjoyable and getting to know everyone there. It’s just a wonderful mining community that’s made up of some of the best people in the world and I’m really glad to have become, or feel like I’m becoming a part of that.” – Parker Schnabel

“There are some big problems on the horizon, some pretty big headwinds are coming. I think it’s a great season of the show and it’s definitely going to be interesting.” – Parker Schnabel

Now that you know all about Parker Schnabel’s net worth, and how he achieved success; let’s take a look at some of his best lessons that we can learn from him:

1. Get What You Want

Be strong and focus on your goal in life. Never let anyone ever make you feel like you don’t deserve what you want.

How much is Parker Schnabel worth?

Parker Schnabel’s net worth is estimated to be $8 Million.

How old is Parker Schnabel?

How tall is Parker Schnabel?

Parker Schnabel is a well-known television star who is best known for his work in Discovery Channel’s ‘Gold Rush’ reality series. He has also worked for ‘Big Nugget Mine’ which is a family mining company.

As of November 2022, Parker Schnabel’s net worth is estimated to be $8 Million.

What do you think about Parker Schnabel’s net worth? Leave a comment below.

Find out how professional wrestling champion and heavy metal band frontman Chris Jericho's net worth has changed over time.