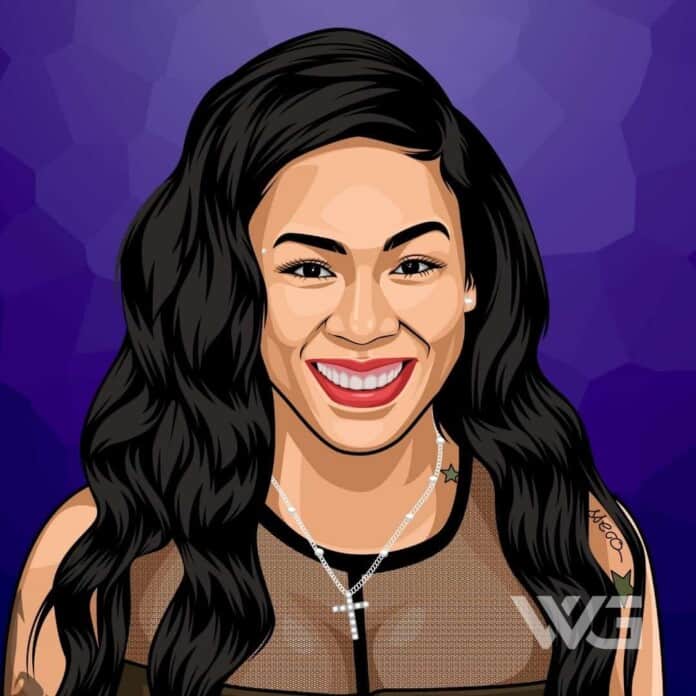 What is Keyshia Cole’s net worth?

As of November 2022, Keyshia Cole’s net worth is estimated to be $8 Million.

Her career began when she met MC Hammer at the age of 12, and later met rapper Tupac Shakur. At the age of 15, she moved to Los Angeles and was later introduced to A&M Records.

Keyshia M. Cole was born on the 15th of October, 1981 in Oakland, California. Cole is the daughter of Francine Lons and Virgil Hunter, who is a boxing trainer. Her father was absent from her life and her mother’s drug addiction landed her in prison.

Cole met her biological father for the first time in 2016 after a paternity test confirmed their relationship. Her biological mother is still struggling with drug addiction problems.

In 2002, Keyshia Cole was introduced to Ron Fair, an A&R executive. He listened to her unfinished single ‘Love’—which eventually became her first platinum single—and signed her.

Besides her music career, she ventured into reality television as well. She participated in a reality/documentary series called ‘Keyshia Cole: The Way It Is’, which aired on BET from 2006 to 2008.

Her second studio album ‘Just Like You’ was released on September 25, 2007. Two months later, it was certified platinum by RIAA. It eventually sold over 1.7 million copies, becoming her highest-selling album so far.

Keyshia’s sixth studio album, ‘Point of No Return’, was released on October 7, 2014, and featured works of many music producers like Tim Kelley, DJ Mustard, WillieDonut, Mike Will Made-It, Amadeus, and Stargate.

As of November 2022, Keyshia Cole’s net worth is roughly $8 Million.

Here are some of the best highlights of Keyshia Cole’s career:

“It’s significant to the ‘Angel Number.’ 11:11 represents being aligned spiritually with your destiny. It’s pretty much like the saying, ‘everything happens for a reason,’ and you know, to just appreciate where you’re at that moment.” – Keyshia Cole

“Ultimately, music is to reflect the artist and their artistry. I’ve been pretty true to that. I do appreciate my fans and I love them for being supportive from the beginning. When I’m recording, I always think about them.” – Keyshia Cole

“Not in my professional life but possibly in my marriage. I was so fixated on being a wife and being there for someone else that I kind of neglected who I was as an artist.” – Keyshia Cole

“I think any professional and successful woman might go through that because, in this day and age where women are just as successful as men are, it’s kind of hard to separate being a woman first, a wife first and then handling your professional career.” – Keyshia Cole

“I wrote it with Elijah Blake and Goldie. They’ve both written a lot on this album with me and they were there throughout the process, if not the writing part of it, the background and things of that sort.” – Keyshia Cole

Now that you know all about Keyshia Cole’s net worth, and how she achieved success; let’s take a look at some of the strongest lessons we can learn from her:

1. The Most Important Days Of Your Life

The two most important days in your life are the day you are born and the day you find out why.

2. Life Can Be Good And Bad

Life is like walking through Paradise with peas in your shoes.

Doing all the little tricky things it takes to grow up, step by step, into an anxious and unsettling world.

How much is Keyshia Cole worth?

Keyshia Cole’s net worth is estimated to be $8 Million.

How old is Keyshia Cole?

How tall is Keyshia Cole?

Nominated for the Grammy Awards four times, Cole was passionate about music from her childhood and did some recording with Bay Area resident MC Hammer when she was only 12.

Her music career took off in the early 2000s when she sang on Messy Marv’s ‘Nubian Queen’ remix.

As of November 2022, Keyshia Cole’s net worth is roughly $8 Million.

What do you think about Keyshia Cole’s net worth? Leave a comment below.

What is Pavel Bure's net worth?  Introduction    Pavel Bure is...