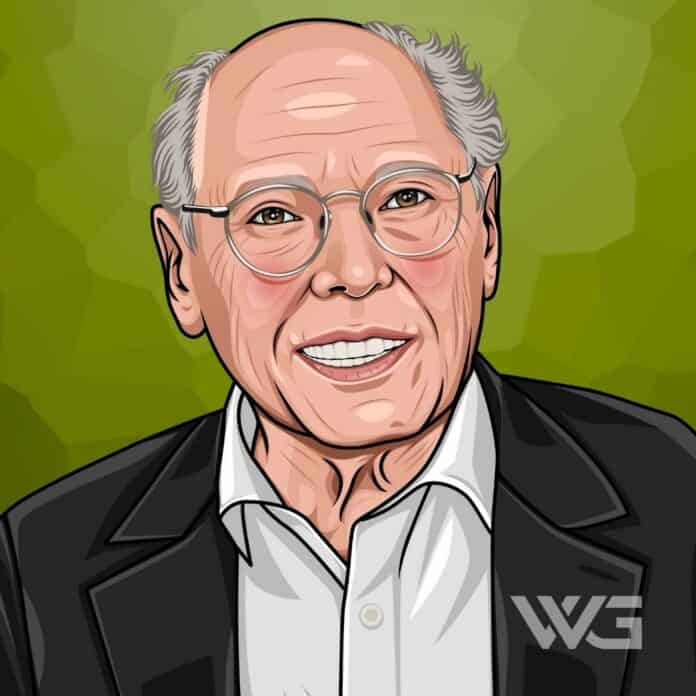 What is Irwin Winkler’s net worth?

Irwin Winkler is an American film producer and director who has worked on multiple Academy Award-winning movies throughout his career.

Irwin Winkler was born May 28, 1931, in New York City to Jewish parents Sol and Anna Winkler, who raised him in Coney Island.

After graduating from high school, Winkler attended New York University before joining the Army following the outbreak of the Korean War.

Following his time at university, he began working for the William Morris Agency, where he established the contacts that allowed him to break through into the film industry.

After forming the production company Winkler-Chartoff Productions in the late 1960s, Winkler produced many popular movies and established his reputation.

This led to work with some of the richest actors in the world, including producing the Sylvester Stallone blockbuster series of Rocky movies.

Winkler produced several hit movies directed by Martin Scorsese, including Goodfellas and Raging Bull, which was nominated for eight Academy Awards in 1981.

The producer made his directorial debut with the Robert De Niro movie Guilty By Suspicion, released in 1991.

He has also worked with some of the richest actresses in the world, notably with the hugely successful thriller starring Sandra Bullock, The Net.

More recently, he reunited with Scorsese and Robert De Niro, along with Al Pacino, for the gangster epic, The Irishman.

Irwin Winkler has frequently worked with some of the richest directors in the world and has enjoyed an appropriately large salary for his efforts.

The box office success of the Rocky movies and other blockbusters he’s either produced or directed have allowed him to charge millions of dollars per movie.

Irwin Winkler’s net worth has risen exponentially over the course of his career, with notable leaps in the early 1980s, as the Rocky movies took the box office by storm.

While the precise details around his net worth aren’t publicly available, he’s produced dozens of movies with a salary in excess of $1 million per release.

His continuing involvement in movie production means his wealth should continue to escalate thanks to increasing royalties from his growing filmography.

In 1959, Irwin Winkler married Margo Winkler while he was working at the WMA agency in New York City.

The couple moved to Los Angeles in 1966, returning to Margo’s home state where she was raised by her parents, Irma and Charlie Melson.

Winkler avoids social media channels but posts industry-related updates to his official website, keeping fans in the loop on his upcoming projects.

The site also features a sizzle reel and a comprehensive filmography showcasing his movies and other work.

As you might expect from a film producer and director with an extensive filmography, Irwin Winkler has received many awards throughout his career.

He’s been a regular fixture at the Academy Awards and received honors and dedications for his services to the industry.

Here are some of the notable awards and achievements from Irwin Winkler’s career:

This is just a short selection of his overall achievements, which few industry veterans have been able to match.

With more movies in the pipeline, it’s highly likely Winkler’s list of awards and accomplishments will continue to grow.

How Does Irwin Winkler Spend His Money?

With his outstanding net worth and role as a key power player in the Hollywood film industry, it’s not surprising Winkler lives a luxurious lifestyle.

He owns expensive properties in Los Angeles, one of the most expensive cities in the world, located in the Beverly Hills district.

The property features many bedrooms and bathrooms, as well as a large swimming pool and tennis court located in the property’s grounds.

In 2018, Dolph Lundgren visited Winkler’s home for an after party following the completion of production on Creed II.

Since his career began in the 1960s, Irwin Winkler has helped to redefine American movies on multiple occasions.

His work with the generation of “New Hollywood” directors including Martin Scorsese and Sydney Pollack has earned him high praise from industry peers.

Here are some of the best highlights of Irwin Winkler’s career:

Winkler’s total list of highlights is extensive, not least through the combined box office takings from his many movie productions.

He will continue to leave a lasting impact on movies into the future with his upcoming releases.

With several decades of experience as a movie director and producer, Irwin Winkler has frequently spoken to the press about his projects.

He’s shared his insights into the difficulty of raising finances and what it’s like to work with an iconic director like Martin Scorsese.

Here are our favorite quotes from Irwin Winkler:

Now that you know all about Irwin Winkler’s net worth let’s take a closer look at the valuable life lessons we can take from his success.

His incredible work ethic and commitment to producing high-quality entertainment serve as an inspiration to all creative people.

Here are some of the best success lessons to learn from Irwin Winkler:

The old saying, “It’s not what you know, it’s who you know,” is perhaps more applicable in Hollywood than any other industry.

Winkler understood this better than most, building a strong network of contacts while running his talent management company.

2. Strengthen Relationships With The Most Talented People

Throughout his career, Winkler has repeatedly collaborated with some of the most successful and creative directors and actors.

If you find yourself working with talent, foster the relationship and create something more lasting.

Winkler has had a knack for recognizing talent when he sees it and nurturing it to deliver outstanding results.

His work with Sylvester Stallone on the Rocky movies is just one example of a career he’s helped to launch as a producer.

That’s a wrap on this article exploring the personal life, professional career, and net worth of American film producer and director Irwin Winkler.

His impressive catalog of work continues to expand, with more projects and sequels due for release in the future.

With his net worth expanding to reflect his royalties and new projects, we’ll be updating this article in the future to ensure it covers everything you need to know.

What do you think about Irwin Winkler’s net worth? Leave a comment below.