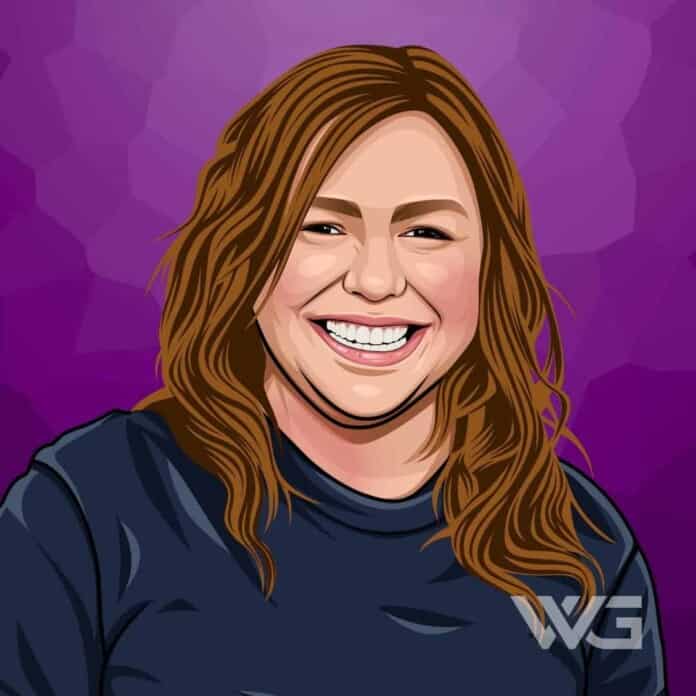 What is Rachael Ray’s net worth?

Rachael Ray is a celebrity cook and a businesswoman.

Ray is best known for hosting the successful program ‘Rachael Ray’ and the series ’30 Minute Meal’. Some of her other programs include ‘Rachael Ray’s Tasty Travels’, ‘Rachael Ray’s Week in a Day’ and ‘Rachael vs Guy: Celebrity Cook-Off’.

Throughout her career, she has written several cookbooks that have been based on the “30 Minute Meals” concept. Her television show has won three Daytime Emmy Awards.

Rachael Domenica Ray was born on the 25th of August, 1968, in Glens Falls, New York.

Ray is the daughter of Elsa Providenza Scuderi and James Claude Ray. Her mother is of Italian descent and her father is French, Scottish, and Welsh.

When she was eight years old, her family moved to Lake George in New York. Her mother managed several restaurants in the New York area. Ray started to work at Macy’s Marketplace candy counter at the beginning of her career.

She later moved to Agata & Valentina, a specialty food store.

After giving cooking lessons to her customers while she worked at Macy’s she was noticed by a local news station.

She rose to fame when she started to give her lessons on ’30 Minute Meals’. She later released her book with the same name. It was appreciated by the Food Network and the Today Show.

The show ran for 11 seasons from 2001 to 2012. In 2005, she appeared regularly on ‘The Oprah Winfrey Show’. She was later given her own show ‘Rachael Ray’. She also starred in ‘Rachael’s Vacation’ and ‘Rachael vs Guy: Celebrity Cook-Off’.

Today, she is one of the most successful female chefs in the world. Between the years 1999 to 2019, she published 28 books. Many of the books focus on cooking such as vegetarian meals and cooking for children.

She earns over $25 million per year from various revenue streams. Along with her shows and books, she is to date one of the richest female chefs.

In 2006, Ray was the fave of Nabisco Crackers. The following year, she worked with WestPoint Home and she launched a line of sheets and blankets. The same year, she collaborated with Dunkin’ Donuts and she was their celebrity endorser.

How Does Rachael Ray Spend Her Money?

Ray is known for helping many charities. In 2006, she created a nonprofit organization titled “Yum-O!”. It educates children and families about healthy eating habits.

Ray owns a beautiful home in New York. She rebuilds it after a massive fire.

Here are some of the best highlights of Rachael Ray’s career:

“Good food and a warm kitchen are what makes a house a home. I always tried to make my home like my mother’s, because Mom was magnificent at stretching a buck when it came to decorating and food. Like a true Italian, she valued beautification in every area of her life, and I try to do the same.” – Rachael Ray

“My husband cooks fancier food for himself than I’ve ever cooked on-air. I call him from the road, and he’s making champagne-vanilla salmon or black-cherry pork chop. Half of me is feeling unworthy. Not only am I not a chef, I’m not a better cook than my own husband!” – Rachael Ray

“I live in, literally, the same home when I was swiping my first bank card and wondering if I’d have to put back the Charmin. We still don’t have a dishwasher. My mom has done all these gardens so now my house looks like the garden shack in the middle of Versailles.” – Rachael Ray

“I have this extraordinary life during the day, and then I get to come home to my sweet husband who loves to cook with me. I have a nice glass of wine, he has some scotch, we chat, we cook, and we hang out with the dog. An absolute dream life.” – Rachael Ray

“Used to work in kitchens, doing 12 or more hours a day of physical labor, so today, eight to 12 hours of cooking, chatting, or filming feels like a vacation. When I have a scheduled ‘day off,’ I spend several hours writing, then I clean until I crash from fatigue. I don’t relax well.” – Rachael Ray

Now that you know all about Rachael Ray’s net worth and how she achieved success; let’s take a look at some of the best lessons we can learn from her:

1. Food Is More Than Just Food

You know, food is such – it’s a hug for people.

It’s continuously humbling to work hard, you know? As long as you’ve got a good work ethic and a sense of humor.

Make big pots of soups, stews, and chilis – they stretch a buck, and you can live off them for days!

How much is Rachael Ray worth?

Rachael Ray’s net worth is estimated to be $100 Million.

How old is Rachael Ray?

How tall is Rachael Ray?

Rachael Ray is a well-established chef author. Ray started her career from scratch and she is truly an inspiration. She has become one of the most financially successful figures in the culinary industry.

Her cookbooks have been sold all over the world and she has made major appearances on cooking shows and reality series. She is a household name in the entertainment industry.

What do you think about Rachael Ray’s net worth? Leave a comment below.