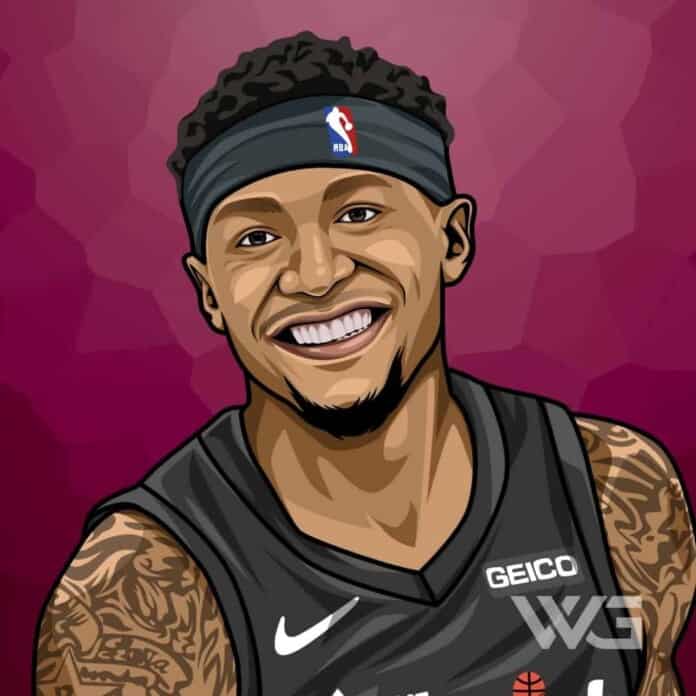 What is Bradley Beal’s net worth?

Bradley Beal is an American professional basketball player for the Washington Wizards of the NBA.

Beal played college basketball for the Florida Gators before being selected by the Wizards with the third overall pick in the 2012 NBA draft. He was selected in the 2013 NBA All-Rookie First Team and is a two-time All-Star.

Beal attended Chaminade College Preparatory School in St. Louis, Missouri. He competed for the US in the 2010 FIBA Under-17 World Championship, winning the championship while averaging 18 points per game.

During his senior year of high school, Beal averaged 32.5 points per game, 5.7 rebounds per game, and 2.8 assists per game. At the end of Beal’s senior season, he was named the 2011 Mr. Show-Me Basketball, which recognized him as the top high school basketball player in Missouri.

In 2012, Beal declared for the NBA draft, forgoing his final three years of college eligibility. On June 28, he was drafted with the third overall pick in the 2012 NBA draft by the Washington Wizards.

Beal was named the Eastern Conference Rookie of the Month in December 2012 and January 2013.

On November 14, he scored 20 points and hit three 3-pointers in a 119–95 win over the Cleveland Cavaliers. Beal hit his 900th career 3-pointer in the first quarter, becoming the youngest player in NBA history to reach 900.

Here are some of the best highlights of Bradley Beal’s career:

“You have to think, when we get here, especially as African Americans, we don’t make it out of our situations all the time. So when you have money, you have to get a financial advisor. You’ve got to have an accountant – make sure you’ve got your whole team together because if you go into the league blind, you’ll be broke.” – Bradley Beal

“It gets old eventually, all the jewelry, all the cars; that s— gets old.” – Bradley Beal

Now that you know all about Bradley Beal’s net worth and how he achieved success; let’s take a look at some of the lessons we can learn from him:

Don’t quit yet; the most beautiful silver linings usually follow the worst moments. You have to stay strong, remember to keep your head up, and remain hopeful.

Good. Better. Best. Never let it rest. ‘Til your good is better, and your better is best.

Start where you are. Use what you have. Do what you can.

How much is Bradley Beal worth?

Bradley Beal’s net worth is estimated to be $40 Million.

How old is Bradley Beal?

How tall is Bradley Beal?

Bradley Beal is an American professional basketball player who was the Gatorade Player of the Year in 2011 and a McDonald’s All-American and first-team Parade All-American.

What do you think about Bradley Beal’s net worth? Leave a comment below.