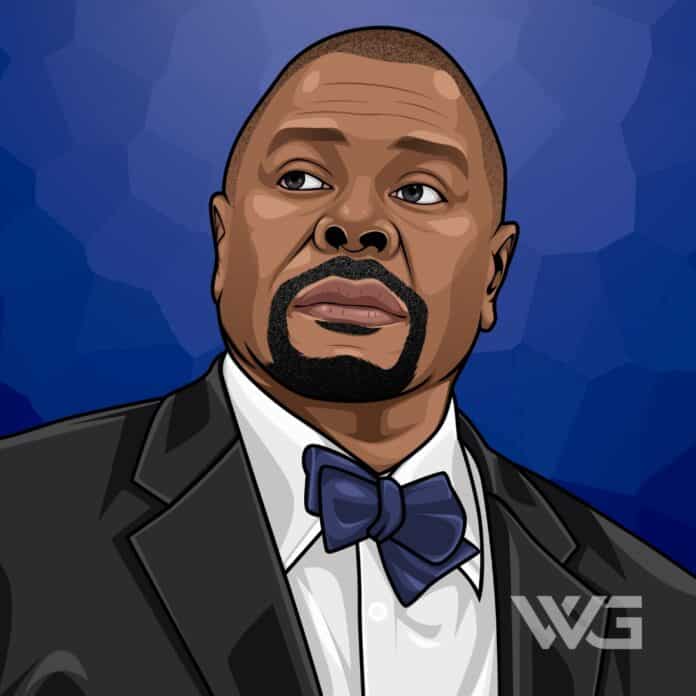 What is Patrick Ewing’s net worth?

Regarded as one of the greatest centers in NBA history, Ewing enjoyed a long career with the New York Knicks, leaving a lasting legacy after his retirement.

Although no longer playing himself, he has gone on to be a successful coach for numerous teams, helping each to become the best they could be.

As of January 2023, Patrick Ewing’s net worth is estimated to be $75 Million.

Growing up, Patrick was a talented soccer and cricket player, but in 1975, Ewing’s family moved to Cambridge, Massachusetts.

During this time, Patrick learned to play basketball while attending Cambridge Rindge and Latin School and quickly became one of the school’s best players.

Due to his skills, many colleges wanted to recruit him, but in 1981 he made the decision to attend Georgetown University.

The four years he spent with the Georgetown Hoyas are often cited as one of the most successful collegiate basketball careers of all time.

Patrick Ewing was selected by the New York Knicks in the 1985 NBA draft, and while injuries plagued his debut year, he was still named to the NBA All-Rookie First Team.

In 1992, he also played as a member of the original Dream Team in the Olympic Games and was named one of the 50 Greatest Players in NBA History.

From 1985 to 2000, Ewing played for the New York Knicks before he was traded to the Seattle SuperSonics.

He spent a single season with the SuperSonics before transferring to the Orlando Magic for another.

Once his season with the Magic was finished, he announced his retirement, having played 1,039 games for the Knicks.

Thanks to his long career, his #33 jersey was retired in 2003 at a ceremony at Madison Square Garden.

Although he has yet to become one of the richest NBA players in the world, Patrick Ewing has still amassed a considerable net worth.

He has certainly benefited from some significant paydays, and fortunately, we have all of the important details.

Despite not being one of the highest paid athletes in the world, Ewing has managed to earn a substantial fortune during his NBA career.

Patrick Ewing was married to Rita Williams from 1990 to 1998, and with her had three children, including Patrick Ewing Jr, who is also a former basketball player.

While he spends much of his time coaching at Georgetown now, he also often speaks out about recent events on social media.

He is active on his official Twitter account, where he keeps his fans updated about his career, basketball news, and the causes he supports.

Patrick Ewing has earned numerous awards during his career with the NBA, both as a player and as a coach.

While all of his achievements deserve recognition, some stand out more than others.

Here are some of Patrick Ewing’s greatest honors and accomplishments:

These are only some of his most important awards and honors that he has earned during his time in the NBA.

He may not be as well-known outside of basketball as Michael Jordan, but Ewing has certainly earned numerous important distinctions during his career.

How Does Patrick Ewing Spend His Money?

Patrick Ewing has more than enough money to live in any of the most expensive countries in the world, and he has certainly spent quite a bit on real estate.

In 2020, fans got a glimpse of Ewing’s latest property when he put it on the market for $6.9 million.

The home comes with two gated entrances, seven bedrooms, and 10,500 sqft of living space, and it is only a short drive away from the New York border in New Jersey.

There is even an elevator that leads up to the master suite, which boasts a sitting room, fireplace, and private bathroom with a large soaking tub.

Unfortunately, despite his high asking price, Ewing was only able to sell his home for $2.6 million, which cost him a loss of $3.7 million altogether.

Patrick Ewing has experienced many significant milestones during his career in the NBA.

However, some moments have stood out over others for their impact on his fame and fortune.

Here are some of the best highlights of Patrick Ewing’s career:

These are only a few of the most important milestones that Ewing has reached during his time in the NBA.

Despite not earning the amount of renown that Magic Johnson has, Patrick Ewing has become a legend in his own right, with numerous accolades to his name.

Patrick Ewing has played for some of the richest NBA teams and stood out as one of the most dedicated players on the court.

Even during his coaching career, his determination never wavered as he helped build up a new generation of talented basketball players.

Here are our favorite quotes from Patrick Ewing:

There is a lot that we can learn from Patrick Ewing and his long career in the NBA as a player and a coach.

Now that you know all about Patrick Ewing’s net worth, we can take a closer look at what he can teach us about reaching our own goals.

Here are some of the best success lessons to learn from Patrick Ewing:

1. Push Yourself To Learn New Skills

Learning new skills is something you can always benefit from, and you should never avoid it, even if you think you’ll never have a use for it.

When you learn new skills and abilities, you can increase your likelihood of finding success simply because you have a wider range of opportunities to pursue.

2. Never Give Up On Your Goals

Sometimes it will take a long time to achieve your goals, but that doesn’t mean you should give up on them.

Even if you have to temporarily put them on hold, you should never disregard them forever because then you’ll lose any chance you had of ever reaching them.

3. Don’t Be Afraid To Ask For Help

Everyone needs help sometimes, and you will only set yourself back if you don’t allow yourself to ask for it.

If you want to become successful, make sure to reach out when you need assistance with something.

Patrick Ewing’s career in the NBA has helped him become both a legend on the court and one of the wealthiest former players in the world.

While he has since left the court himself, he continues to coach a new generation of players at Georgetown University.

Make sure to check back often so that you don’t miss any updates pertaining to Ewing’s career and fortune.

As of January 2023, Patrick Ewing’s net worth is estimated to be $75 Million.

What do you think about Patrick Ewing’s net worth? Leave a comment below.