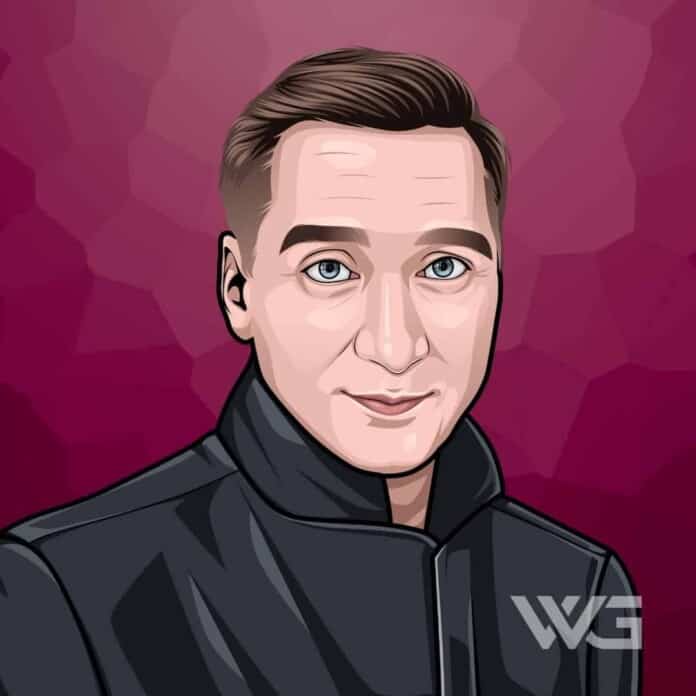 What is Paul Van Dyk’s net worth?

One of the first truly renowned DJs, van Dyk, was the first artist to receive a Grammy Award nomination in the newly added category of Best Dance/Electronic album for his 2003 release ‘Reflections.’

Paul Van Dyk was born on the 16th of December, 1971, in Eisenhüttenstadt, Germany.

He grew up in East Berlin in a single-parent household; his father left him and his mother when he was four years old.

Where he grew up, there were no record stores at which to buy music, so he kept in touch with the world beyond the Berlin Wall by secretly listening to the popular but forbidden Western radio stations RIAS.

One of the most iconic DJs and producers in dance music history, Paul van Dyk has been synonymous with trance since the mid-’90s. With early productions like his 1993 remix of Humate’s ‘Love Stimulation’ and 1994 classic ‘For an Angel.’

Around 2000, van Dyk began collaborating with vocalists more frequently, resulting in his biggest pop hits, including the U.K.

Top Ten-charting ‘Tell Me Why (The Riddle)’ featuring Saint Etienne. He continued to infiltrate the mainstream through his remixes of pop stars like Britney Spears and Justin Timberlake.

By the mid-2000s, he was regularly receiving high-profile recognition in the form of a Grammy nomination and awards from various dance publications. He remained highly productive throughout the 2010s, releasing albums such as 2012’s ‘Evolution’ and 2017’s ‘From Then On.

As of February 2023, Paul Van Dyk’s net worth is estimated to be roughly $60 Million.

How Does Paul Van Dyk Spend His Money?

Paul Van Dyk has spent some of his money helping different charity organizations.

Aside from his musical activity, Paul van Dyk had always dedicated a significant part of his life to politics and social justice: from his youth, when he fled over the Berlin Wall to the West, to his children’s charity in India’s Mumbai.

Here are the best highlights of Paul Van Dyk’s career:

“Since the early days of humankind, dancing was always an expression of feeling good, and making someone feel good is the main intention of DJ’ing. I don’t see the point of playing a record that makes people stand there, look at you and say, “Umm, very interesting.”  – Paul Van Dyk

“DJs should not be just pressing play with a USB stick or getting wasted and throwing cake. I don’t think [stunts like throwing cake] have anything to do with connecting with your audience. To me, it has no substantial creative value – it’s just a waste of food.” – Paul Van Dyk

“When I started, DJs weren’t in the media, electronic music wasn’t in the sales charts, and a DJ was the freak in the corner who provided the music while other people had fun. So to do it, you must have been a freak and a music lover.” – Paul Van Dyk

“I don’t tell anyone what they should do (drugs). It’s like this music is so full of power and energy you don’t really need to take anything if you open up and let the music take you.” – Paul Van Dyk

“Trance had become a dirty word. Thanks to Ian Van Dahl, Lasgo, Flip ‘N’ Fill and DJ Sammy, a generation of kids has grown up thinking trance is the shittiest music since country and western.” – Paul Van Dyk

Now that you know all about Paul Van Dyk’s net worth and how he achieved success; let’s take a look at some of his best lessons that we can learn from him:

Do the one thing you think you cannot do. Fail at it. Do better the second time. The only people who never tumble are those who never mount the high wire. Own it.

Dyk wouldn’t call himself a leader. He doesn’t want to lead people, he wants to tempt them, and he wants to create a new world for them.

How much is Paul Van Dyk worth?

Paul Van Dyk’s net worth is estimated to be $60 Million.

How old is Paul Van Dyk?

How tall is Paul Van Dyk?

Paul van Dyk is a German DJ, musician, and record producer who is one of the first artists to receive a Grammy Award nomination in the dance and electronic category. He is considered one of the first true superstar DJs and was the first artist to receive a Grammy nomination in the newly added category of Best Dance/Electronic album for his 2003 release ‘Reflections.’

As of February 2023, Paul Van Dyk’s net worth is estimated to be roughly $60 Million.

What do you think about Paul Van Dyk’s net worth? Leave a comment below.