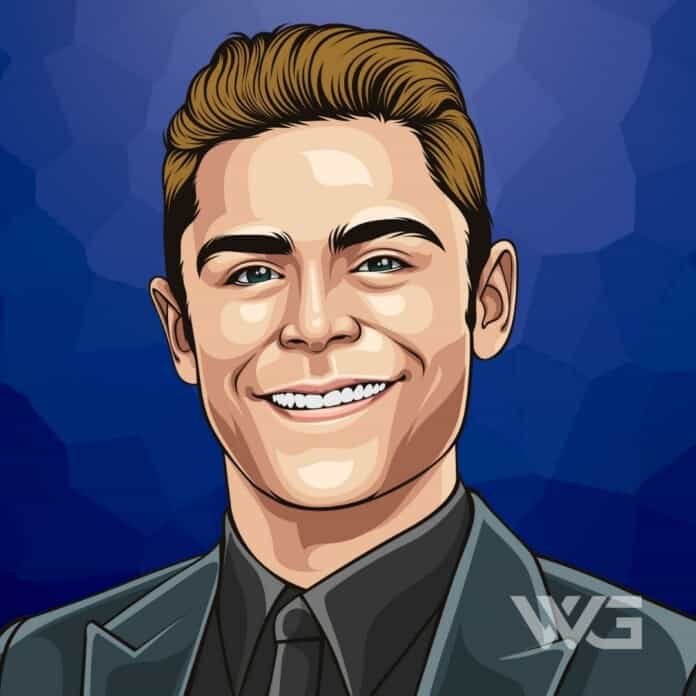 What is Zac Efron’s net worth?

As of February 2023, Zac Efron’s net worth is $25 Million. I was expecting it to be more, but apparently not.

Zac Efron is an American actor and singer. He rose to fame after starring in the ‘High School Musical’ franchise, and went on to star in a number of major films, including:

Zac Efron was born on the 18th October 1987, in San Luis Obispo, California. He has one brother, and Efron’s parents both worked at a power plant.

Efron says he had a very normal childhood and was brought up in a non-religious, middle-class household. He worked very hard at school and was upset any time he got anything lower than an ‘A’ grade on his report cards.

Zac’s father encourages him to study acting at a young age, and he would often perform in the school’s theatre performances.

Efron graduated from Arroyo Grande High School in 2006, and was accepted into the University of Southern California, but chose to attend the Pacific Conservatory of the Performing Arts instead.

At the beginning of Zac Efron’s career, he featured in several television shows; however in 2006, he starred in High School Musical, which was a huge hit. This gave Zac his breakthrough into acting.

Of course, the movie had two sequels, both of which Zac starred in; and after this he moved into more mainstream movie titles.

He also has undergone quite a significant transformation in the process. Just take a look at him when he starred in High School Musical, and take a look now in Baywatch.

You can see some of the more mainstream titles that Zac’s been featured in below; where he’s starred with the likes of Dwayne Johnson, Robert DeNiro, Matthew Perry, Seth Rogen, and more.

Here are some of the best highlights from Zac Efron’s career:

“I wish I could say I see my little brother more. We used to fight all the time but now that I don’t see him very often I cherish the time I have with him.” – Zac Efron

“You always have something to learn from people who have been through more than you. Be open and receptive to what they know.” – Zac Efron

“I’ve grown up a lot, I’m on my own, and I’ve learned some valuable life lessons.” – Zac Efron

“I’m very competitive by nature. And I like to be the underdog – It’s the best way to win. To come from behind and win is a great feeling!” – Zac Efron

View our larger collection of the best Zac Efron quotes!

How much is Zac Efron worth?

Zac Efron’s net worth is estimated to be $25 Million.

How old is Zac Efron?

How tall is Zac Efron?

Zac Efron has undergone an incredible transformation throughout his career, and still has a lot of time to further better his career.

As of February 2023, Zac Efron’s net worth is $25 Million. No doubt will this figure rise in the future.

What do you think about Zac Efron’s net worth? Leave a comment below.

What is Magic Johnson's net worth? Introduction As of ,...