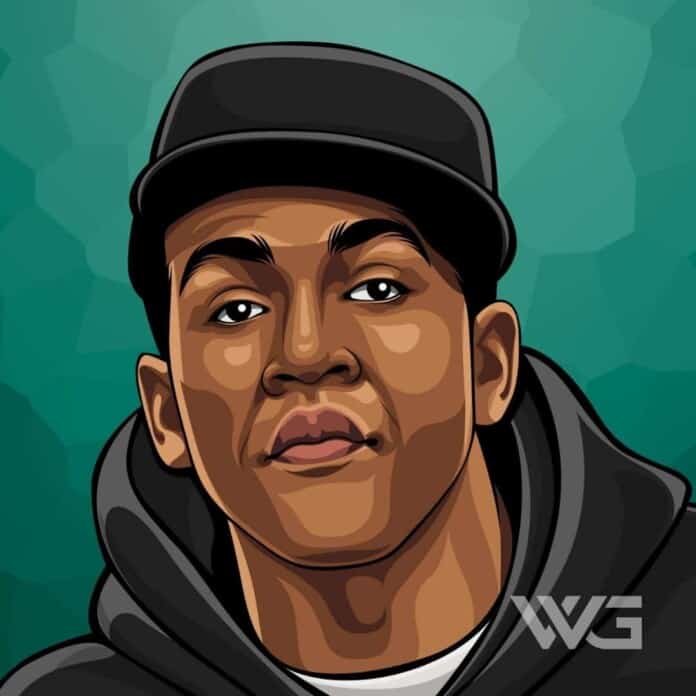 What is Lloyd Banks’ net worth?

After the group released their debut album, Beg for Mercy in 2003, Banks released his first solo album The Hunger for More in 2004, which featured the top ten hit single “On Fire”.

Christopher Charles Lloyd was born on the 30th of April, in New Carrollton, Maryland. He was born to a Puerto Rican mother, Rosa Lloyd, and an African American father. His father was mostly in prison while young Lloyd grew up and he was primarily raised by his mother.

He grew up in the same neighborhood as did 50 Cent and Tony Yayo, and the three boys became close friends.

Lloyd began making music at a young age. His neighborhood producers appreciated his talents and he planned to start his own group. His friends 50 Cent and Tony Yayo were also promising rappers and the trio started their own hip hop group G-Unit.

The group dropped many mixtapes series and their first official mixtape was ’50 Cent Is the Future’ which was out in 2002.  This was followed by the mixtapes ‘God’s Plan’, ‘No Mercy’, and ‘Automatic Gunfire’.

The group’s debut album ‘Beg for Mercy’ was released in November 2003. The album was a big hit which featured the tracks ‘Wanna Get to Know You’, and ‘My Buddy’.

Lloyd’s second album, ‘Rotten Apple’ was released in 2006. The album’s name is a play on New York City’s nickname. The album received mixed reviews though it was loved by his listeners. It had the tracks ‘Hands Up’, ‘The Cake’ and ‘Survival’ and debuted at No.3 on the U.S. Billboard 200.

In 2010, Lloyd appeared as himself in the comedy movie, ‘Morning Glory’. The other members of G-Unit like 50 Cent and Yayo also made a brief appearance in the film.

Here are some of the best highlights of Lloyd Banks’ career:

“Everybody goes to the funeral, but everybody laughs when it’s funny. While entertainment is happening, that’s just what it is, entertainment – until it crosses over into a whole ‘another situation. And now, me maturing, I look back at a lot of things, pushing forward, some things won’t get my attention. Some things don’t deserve my energy. I won’t put forth so much on things, you got to focus on what’s the matter at hand. That’s to put out timeless music, and great albums.” – Lloyd Banks

“I roll with Ladies just as tropic as the chronic in my pocket Cop it, Crush it, Roll it, Spark it, and mix it in with the chocolate.” – Lloyd Banks

“Hip-hop is youthful. The youth determines which direction it’s gonna go. I think your thoughts and your visions start to change, and you start to pay attention to things, as far as the world goes, a little bit later on in life.” – Lloyd Banks

“When you get the money you’re always a target because there’s always somebody who needs money out there.” – Lloyd Banks

“I have family in Ponce. It’s a shame that my grandfather passed and I wasn’t able to be there with him.” – Lloyd Banks

I get it, we all work with jerks at some point in our careers. Who cares? Don’t let it get to you. There’s no need to say anything bad about them. If anything, try to find humor in it, learn from it and move on. You’ve got better things to focus on. Like being the most epic version of yourself that you can be.

Have you ever spent a long time waiting at the post office to ship something before? I know I have. What if instead of complaining of that process, you created an app that would allow you to request a driver to arrive at your house and to pick up and deliver your shipment for you?

If you viewed that challenge as an opportunity, you would have created Shyp, an amazing app that does exactly that.

Work near where you live. If you can, make it within walking distance. Time is precious. Don’t waste it on the freeway.

How much is Lloyd Banks worth?

Lloyd Banks’ net worth is estimated to be $9 Million.

How old is Lloyd Banks?

How tall is Lloyd Banks?

Lloyd Banks is a rapper who is best known for his debut solo album ‘The Hunger for More’. With his musical successes, the rapper has come a long way from the difficult childhood experiences he endured.

What do you think about Lloyd Banks net worth? Leave a comment below.

Current center for the Indiana Pacers, Daniel Theis, is one of the most talented players on the court, and his skills have earned him millions.