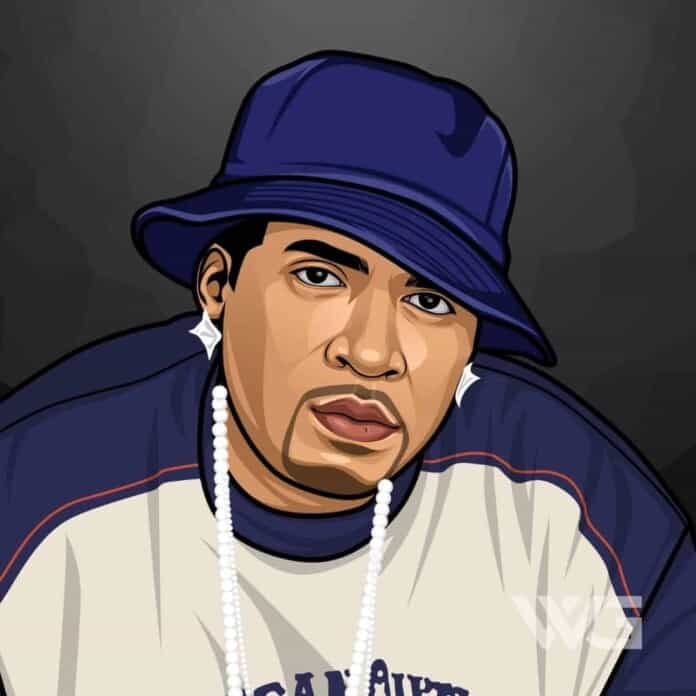 What is Tony Yayo’s net worth?

Tony Yayo is an American rapper and hype man.

Yayo is best known as a member of G-Unit, a hip-hop group he formed with his childhood friends 50 Cent and Lloyd Banks.

In 2005, Yayo released his debut studio album ‘Thoughts of a Predicate Felon’. It debuted on the 2nd spot on the Billboard Board Hot 100. His stage name is taken from the movie ‘Scarface’.

Bernard was born to Haitian parents, and he is the youngest of three children. Bernard’s parents divorced when he was 16 years old.

Growing up, he met his lifelong friends Lloyd Banks and 50 Cent. The trio eventually formed a group, G-Unit, and began working on music together, releasing several mixtapes in the early 2000s.

In 2003, G-Unit boss 50 Cent was granted his own record label, G-Unit Records. 50 immediately signed G-Unit members Yayo and Lloyd Banks to the label, and eventually, Young Buck was signed and added to the group as the official fourth member.

G-Unit dropped their first official group album ‘Beg for Mercy’ the same year. The album was released whilst Yayo was in prison, serving time on weapons charges, but Yayo was still featured on the album.

Even though his appearances on many mixtapes during and upon his release from prison announced his return on a street level, it was not until the release of his debut single, ‘So Seductive’ featuring 50 Cent, that Yayo received widespread recognition.

In 2003, Yayo was signed to Interscope Records, where he later released his debut album ‘Thoughts of a Predicate Felon’. He was later dropped from the label in 2009.

In 2011, he released the second single off his album ‘Haters’. The song features Shawty Lo, 50 Cent, & Roscoe Dash. The single was released onto Thisis50.com after being premiered on Hot 97 by Funkmaster Flex. The single rapidly started to gain success on the urban radio charts.

Here are some of the best highlights of Tony Yayo’s career:

“No, because actually, I was out working and promoting for my album while it was being shot, so I’m not in this one. I was basically handling all the mixing, mastering, magazines, and stuff like that.” – Tony Yayo

“Oh man, it feels good. But you know what; G-Unit always has high-end expectations. I’m not mad at how it’s doing because it’s doing well. It came out the same day that Kanye came out, so it didn’t do what I expected. Then also, there’s so much going down with the Katrina situation, that it was just bad timing.” – Tony Yayo

“The game is like a revenge plot. Everything in life, to me, is based on a plot of revenge. You go through stages to get to a certain level. I think it also stands out because it’s so much like real life. That’s why I really like playing it.” – Tony Yayo

“Yeah, and now, it’s like that’s all we do in our spare time, is play Madden. Once you start again, you’ll be hooked. I’ve been waiting for Bulletproof for so long that I went out and bought Warriors. I loved the movie, so I got the game now.” – Tony Yayo

“Actually, I have my own game coming out called “Free Yayo,” which is a deal I have through Zingy. So the game will be available on your handheld cellular phones. You might be on the train or bus, and you’ll be able to play it.” – Tony Yayo

Now that you know all about Tony Yayo’s net worth and how he achieved success; let’s take a look at some of the lessons we can learn from him:

You learn to judge your friends for who they are.

Loyalty is the biggest thing.

How much is Tony Yayo worth?

Tony Yayo’s net worth is estimated to be $4 Million.

How old is Tony Yayo?

How tall is Tony Yayo?

Tony Yayo is an American rapper. Yayo was born in Queens, and he is best known for being part of the hip group G-Unit and 50 Cent and Lloyd Banks and Young Buck.

The group released their first album ‘Beg for Mercy’ in 2003. The album became certified double platinum. Yayo’s debut album ‘Thoughts’ on a Predicate Felon was released in August 2005.

What do you think about Tony Yayo’s net worth? Leave a comment below.