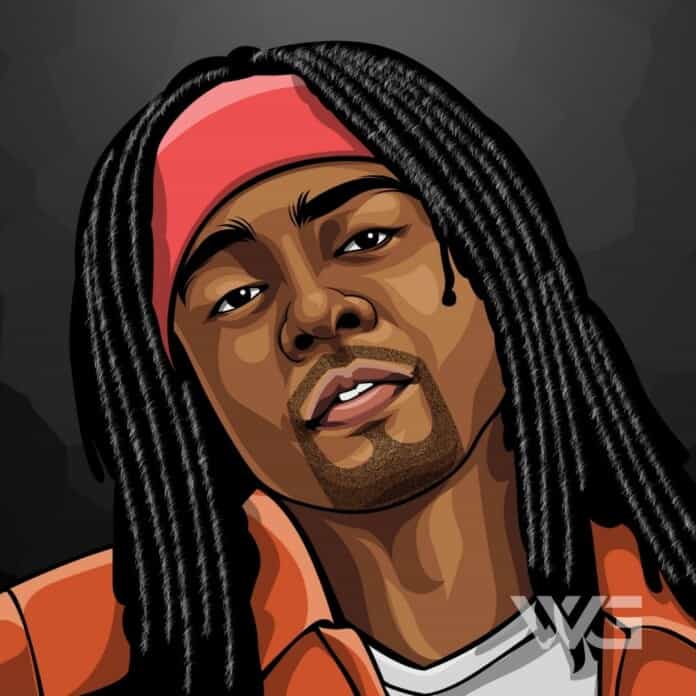 What is Wale’s net worth?

As of December 2022, Wale’s net worth is estimated to be roughly $5 Million.

He first rose to prominence in 2006, when his song ‘Dig Dug (Shake It)’ became popular in his hometown. Wale became locally recognized and continued recording music for the regional audience.

Olubowale Victor Akintimehin was born on the 21st of September, 1984, in Washington DC.

His parents moved to the US from Austria in 1979. He completed his high school from Quince Orchard High School in Maryland and he later joined Robert Morris University.

Akintimehin loved football and gained his interest in music during his college days. His cousin, Gbenga Akinnagbe, is known for starring in the HBO crime drama ‘The Wire’.

Wale began his music career in 2006 when he signed a contract with a local label called Studio 43. He later released the single ‘Dig Dug’ which became the most-requested number by any local artist in Washington DC the same year. Wale was also featured in the magazine ‘The Source’.

His huge success brought him the ‘DC Metro Breakthrough Artist of the Year’ award at the WKY’s Go-Go Awards ceremony.

In 2007, he dropped his third mixtape, ‘100 Miles & Running’. As he established himself in the music industry, he signed a contract with ‘Allido Records and Interscope Records.

His second album, ‘Ambition,’ was released in the fall of 2011, under the labels ‘Maybach’ and ‘Warner Music.’ It was preceded by a promotional mixtape titled ‘The Eleven One Eleven Theory’ that went viral and boosted the sales of the album.

His marketing strategy of releasing singles and mixtapes to promote his albums worked well for his third album, ‘The Gifted,’ and his fourth album, ‘The Album About Nothing,’ that was released in 2013 and 2015, respectively. He also made several tours around the US to promote his music.

Lately, he has performed with a number of stars such as Rick Ross, Tiara Thomas, and Trinidad James. He recorded the music for the popular ‘ESPN’ sports talk-show ‘First Take’ and released his fifth album, ‘Shine,’ in April 2017 with ‘Warner Brothers Records.’

Here are some of the best highlights of Wale’s career:

“I want to be on a show that’s not sensitive to racial jokes; I want to be on one where they call me everything and I call them right back. There’s blatant racism going both ways. That’s what we need.” – Wale

“There are certain things that can be asked that get me excited. It’s never a thing where I think I’m too good, I’m just the type of person who likes to be enlightened. I don’t like to go through the motions.” – Wale

“You don’t necessarily pick the singles that you want when you’re making a record, but for the most part, it’s the same process. You’re the artist – you make the music that you want to make.” – Wale

“Mix-tapes are something that has been going on for a while. They’ve been pretty important to hip-hop for the past 10 years. It’s the way we advertise our music to the public for free.” – Wale

“Everything’s pretty consistent in the industry, you know. There’s a couple of naysayers, whatever, people who don’t agree. But for the most part, a lot of people believe in the new class of MC’s that coming to the game.” – Wale

Now that you know all about Wale’s net worth, and how he achieved success; Let’s take a look at some of the strongest lessons we can learn from him:

1. Rappers Should Never Take Themselves Too Seriously

However, people need to understand that it ain’t that deep to try and convince people of what your persona is. You are who you are, and what you are will show in time. What you aren’t can be hidden, but eventually it will come to light. Long story short: rappers should never take themselves too seriously.

2. You Can Do Anything

The first thing that’s important is to really have people believe in you. If you have that, you can do anything.

The ability to make somebody feel something: that’s art. However you look at it, whether you’re an author, a painter, a singer, a rapper, a spoken-word artist – art.

How much is Wale worth?

Wale’s net worth is estimated to be $5 Million.

How old is Wale?

How tall is Wale?

Wale’s music has sold millions of copies worldwide, and he has worked with artists such as Lil Wayne, Dua Lipa, Chris Brown, and Travis Scott and much more. His third studio album, ‘The Gifted’, is one of many albums that debuted at number one on the Billboard 200.

As of December 2022, Wale’s net worth is approximately $5 Million.

What do you think about Wale’s net worth? Leave a comment below.