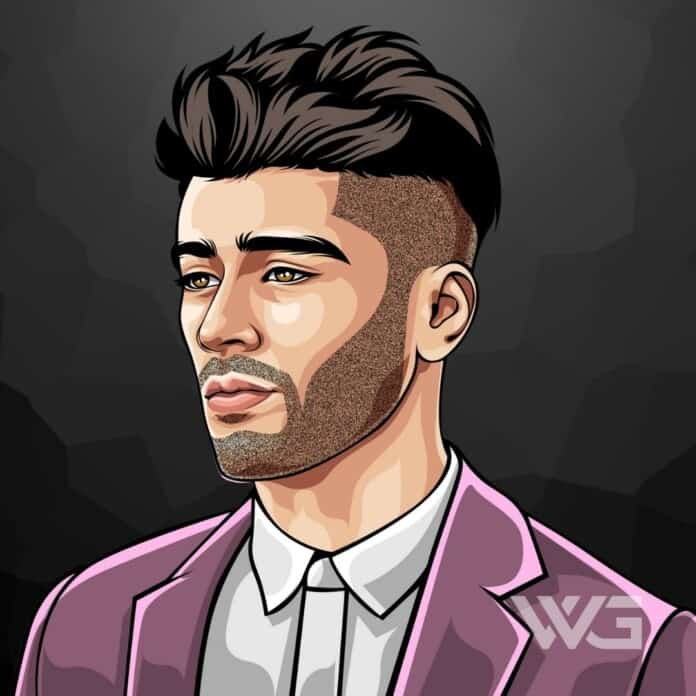 What is Zayn Malik’s net worth?

Zayn Malik is an English singer and songwriter from Bradford, England.

Malik auditioned as a solo contestant for the British music competition The X Factor in 2010. He left the group in March 2015 and subsequently signed a solo recording contract with RCA Records.

Zayn Malik was born on the 12th of January, 1993, in Bradford, England. Malik’s father, Yaser Malik is British Pakistani and his mother, Tricia Brannan Malik, is English.

Malik grew up in East Bowling, located south of the Bradford city center. He has raised in a working-class family and neighborhood. He attended Lower Fields Primary School and Tong High School in Bradford.

In 2010, Zayn Malik participated in the auditions for the seventh season of the television reality show ‘The X Factor’. Although, he was eliminated just before the final round of the reality show, the judges were thoroughly impressed by Zayn Malik’s talent.

In fact, Nicole Scherzinger, one of the judges, suggested that he and four other fellow contestants, who didn’t make it to the final round, should collaborate. Thus, Zayn Malik and his four other competitors on the show formed the band ‘One Direction’, which went on to become quite popular eventually.

The band was quite surprised by the success of their second album, which was also a huge commercial success. It is believed that more than 5,00,000 copies of the album were sold worldwide.

’Mind of Mine’ topped the charts in several countries, including ‘Billboard 200’ and proved to be a successful solo debut.

In 2016, Zayn Malik collaborated with acclaimed rappers, Chris Brown and Usher for the remixed version of the track ‘Back To Sleep’.

Here are some of the best highlights of Zayn Malik’s career:

“I’m incredibly disciplined. I realized I can push myself through situations I might not necessarily want to do but can overcome by being in the moment. No matter what, I can smile and do whatever I got to do.” – Zayn Malik

“We needed to make a sound that’s not gonna fit in with everything else – we wanted to make something that was completely unique and individual to us. We spent a lot of time trying to make a sound that was a One Direction sound. At first, it was quite hard to do that, but I’m really happy with the sound.” – Zayn Malik

“It’s pretty strange because you have images of people in your head when you left, then you just think they’re going to be the same when you come back, like time freezes. I have sisters and from the ages of 11 to 13 – it’s a big change for girls.” – Zayn Malik

“When we were on ‘The X Factor,’ we didn’t realize how overnight the same thing was. We didn’t really understand it until we went on a shopping trip. It was like Week 7 or 8 of the show. We went with a few other contestants and there were loads of people, packed.” – Zayn Malik

“When we were in Sweden, there was a fan that hid in a bin. I think one of the security guards saw and tried to take her out, and she went a bit crazy and started tackling them.” – Zayn Malik

1. Keep an Eye On Trends

Trends are a tricky one. Ignore them and you’re out of touch, wholeheartedly embrace them and you become a Topman tragedy waiting to happen.

2. Find Yourself a Power Coat

Take away the immaculate coat and this outfit is vanilla: fine, but entirely ordinary. This goes to show the impact that a signature overcoat can have on a man’s look and confidence. Invest in one that’s good quality and fits just right and you’ll hardly be able to conceal the extra spring that will inevitably find its way into your step.

3. Change Up Your Chop

We wouldn’t strictly recommend going for the bleached look – all a bit Eminem circa 2001- but if there’s one thing Zayn Malik does particularly well, it’s sorting out his barnet.

Over the years we’ve seen Mr. Malik sport everything from buzz cuts to man-buns, proving that the ‘one cut fits all’ mantra isn’t necessarily for every man. If you’re in need of some inspiration, then we’ve got that covered too.

How much is Zayn Malik worth?

Zayn Malik’s net worth is estimated to be $75 Million.

How old is Zayn Malik?

How tall is Zayn Malik?

Zayn Malik is one of the biggest names in the music industry. His solo debut ‘Mind of Mine’ was a huge success and catapulted Malik to the status of a star. He has also been making waves for his glam quotient and has featured in the lists of ‘Sexiest Men’ published by several magazines.

What do you think about Zayn Malik’s net worth? Leave a comment below.