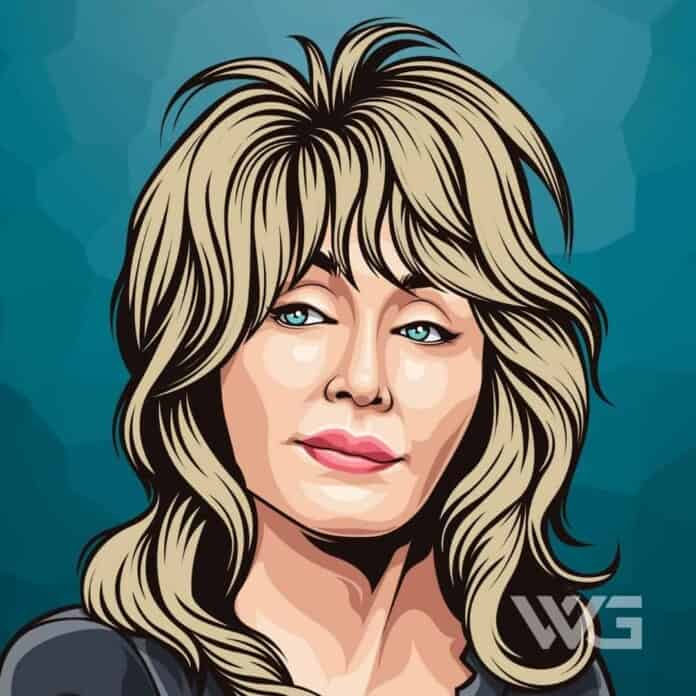 What is Dolly Parton’s net worth?

As of December 2022, Dolly Parton’s net worth is $650 Million. She is an American singer, songwriter, record producer, actress, and businesswoman from Tennessee. Parton is regarded to be one of the best singers in the world and her albums have sold millions of copies.

After achieving success as a songwriter for others, Parton made her album debut in 1967 with Hello, I’m Dolly.

Dolly Parton was born on the 19th of January, 1946, in Tennessee. Parton was the fourth of twelve children born to Robert Lee Parton, a farmer, and construction laborer, and Avie Lee. She later described her family to be economically backward.

Dolly Parton’s family was inclined towards music and she took up singing from her mother. She credits her uncle Bill Owens for supporting her in making music as a career at a young age.

Parton began her television career when she was 10 years old.  Later her career began flourishing in the year 1967 when she partnered with entertainer Porter Wagoner for the Porter Wagoner Show. This partnership also helped her in receiving a musical contract from RCA Records.

RCA Records released her first single as a duet partnered with Porter Wagoner, a cover of Tom Paxton’s song ‘The Last Thing on My Mind’ which was released in 1967 and reached the country top ten in early 1968.

In 1977, she released her first crossover number ‘Here You Come Again’ which topped both Pop and Country Music charts. She received her first Grammy Award for this performance in 1978.

Beginning 1999 she recorded a series of albums inspired by Bluegrass music – a type of American country music. She made four albums ‘The Grass is Blue’, ‘Little Sparrow’, ‘Halos & Horns’ and ‘Those Were the Days’.

In 2005, she also wrote the song ‘Travelin’ Thru’ for the feature film ‘Transamerica’ for which she was nominated for an Academy Award that year.

Since then she has been active through appearances on musical shows, releasing her own song collection and so on. In 2013, she collaborated with Kenny Rogers for a musical album ‘You Can’t Make Old Friends’.

Here are some of the best highlights of Dolly Parton’s career:

“When I meet someone, I look at their eyes and their smile and seek out the good first – it’s easy to find when you’re looking for it. You let a person shine with their own light and try to connect it to yours. As soon as I say hello, I go right to that light and I don’t care who you are! I know we’re all pieces of the same thing – I go for that common light because I know it’s in all of us.” – Dolly Parton

“I’m the kind of person who would rather rock in my rocking chair when I’m old and regret a few things that I did than to sit there and regret that I never tried.” – Dolly Parton

“Mine is only one of the millions of hearts broken over the death of Whitney Houston. I will always be grateful and in awe of the wonderful performance she did on my song and I can truly say from the bottom of my heart, ‘Whitney, I will always love you. You will be missed.'” – Dolly Parton

“I’ve struggled enough in my life to be appreciated and understood. I’ve had to go against all kinds of people through the years just to be myself. I think everybody should be allowed to be who they are, and to love who they love. I don’t think we should be judgmental. Lord, I’ve got enough problems of my own to pass judgment on somebody else.” – Dolly Parton

“I describe my looks like a blend of mother goose, Cinderella, and the local hooker!” – Dolly Parton

View our larger collection of the best Dolly Parton quotes!

Let’s take a look at some of the strongest lessons we can learn from her:

If we’re lucky, we will encounter countless chapters and revisions of who we are as we age. Aging used to scare me in my early adult life, but Dolly somehow makes it okay to continuously discover and embrace new interpretations of who I will become.

Now that we are finally in an era that seems to be accepting of various body sizes and versions of beauty, nearly every public model of “real body beauty” attributes inspiration from Dolly.

I believe this is because Dolly represents unapologetic confidence: “The magic with me is that I look completely false when I’m completely real.” Dolly’s energy of not giving a damn is truly aspirational when the fear and insecurity sets in.

People are drawn to Dolly because she radiates acceptance and love. In an increasingly divided nation, she’s a shining light of inclusive hope, tolerance, and respect we all need — and need to treasure.

You will never hear Dolly condemning anyone on their life choices, and her gift for making everyone feel accepted has paid off: “I just don’t feel like I have to explain myself. I love everybody.”

She quietly avoids public political discussions, but her feelings on the matter are beautifully concise: “I believe in ‘human rights’ and the Scripture, ‘Judge not, lest ye be judged.’” That’s a kind of gospel that I can get behind.

How much is Dolly Parton worth?

Dolly Parton’s net worth is estimated to be $650 Million.

How old is Dolly Parton?

How tall is Dolly Parton?

Dolly Parton has multiple talents; she is a noted singer, lyricist, author, actress, and businesswoman.

She has written and put together more than 3000 songs in the course of her career that has exceeded six decades and has won many accolades, such as the Grammy Awards, Country Music Association Awards, and American Music Awards along with being nominated for the Oscar Awards twice.

What do you think about Dolly Parton’s net worth? Leave a comment below.