I would say that one of coolest things I loved growing up and still to this day is going to the movies. Going to the movies was always so cool not only for the experience of being in a theater but the actual story telling of the movies there self.

Movies have a way of capturing your attention like no other. There’s always a cool, brave main character with some kind of dope ability. Whether it be super strength, metal craws, super genius or just plain old cool, the main guy always has some trait to his advantage.

The main character would always find a way to beat the odds and overcome whatever challenge to antagonist presents. Always being the one to save the damsel in distress and the goofy sidekick.

There is one thing I never really liked about movies and that’s the way they would make me feel when I got home. When I would get home, I would slowly come back to the reality that I would never be able to do any of those things.

My logical mind would tell me to realistic and realistically I was more like the goofy sidekick.

My mind would tell me I was average and would 95% likely to be that way forever.

Somewhere deep I would feel my heart telling me that I was great and that I actually was meant for something bigger than how I was living. Eventually something would have to change…

Here are 4 indisputable steps to stop living an average life:

1. Take Back Your Power

One of the worst things you can do to yourself on this planet is allowing your power to lie in someone else’s hand. What I mean by that is so many of us grow up never making any important decision about our life until it’s time for college.

So many young people like I struggle with indecisiveness today and it’s ridiculous.

Most American children go through life with someone telling you what school you’re going to, what food you eat, what you were and every little thing in between.

By the time college rolls around your kind of just told hey pick what college you want to go to and decide what you want to do for the rest of your life.

This very same thing can lead to a road of resentment towards yourself and others around you. I would find myself blaming good people in my life whenever I would get frustrated at a situation I was in.

The thing I didn’t realize was by blaming them I was basically saying they were in control of my life and my outcomes. When in truth I was. Once I took back my blame I also took back my power in realizing I have the ability to point my life in any direction I want.

Take back your responsibility for your actions and you will see a whole world of change.

That’s something you can count on.

Before I elaborate I must say that I know on a shallow basis we all believe in ourselves. To be honest for most people that’s about where their self-belief powers end. We live in a society today where a lot of young people grow up not having their opinions and expressions valued by those authoritative figures in their life.

You may not think so but this very thing can have a drastic effect on the outcome of a human beings life. They grow up not valuing their own opinions and expressions as an off spring effect because that part of them was never nurtured.

If something as simple as a plant is not taken care or looked after it will die, so what about something as complex and important as one believing in one’s self? Some things speak for themselves.

Good news for us is there is a way to counteract this and it is actually simple. We have to take back the character trait of believing in ourselves. Doing this will open a whole world of possibilities you’ve never dreamed of.

Before I was able to lose my first 30 pounds my mindset was that I could never do it. As I began to believe in myself I realized I can do anything if I held that belief and plan my moves accordingly.

I guaranteed you that if you ask any person of success in any field and they will tell you they knew they would be where they are today. Stop doubting you, you’re all you have when it is all said and done.

To be perfectly honest I learned a lot of useless information during my school life but if I had to pick one piece of info that I should have listened to and practiced, it would be writing down your goals.

The importance of writing down goals and sticking to them is something not stressed nor shinned upon enough. Would you go on a long trip without first having known the directions? I don’t think so.

One of the most devastating things about people is they tend to think if they have an idea they can simply store it for later instead of actually bringing it to the physical by writing it down now. Most times when we don’t write things down we tend to go about are day, forget them and never come back to them.

Take the time out to sit down and figure out what you want to do, the best steps to do, and a reasonable time frame to accomplish it. Then you can break eat of those down to even smaller steps and goals.

I promise this will make your life 60% easier, seriously! The cool part is you don’t have to take super big steps in the beginning. Just the smallest moves can lead to something great if you stick with them.

When you realize the reason most people never accomplish great things is because they flat out never plan for it, the doors will open for you.

Taking back your power, believing in yourself and making your map are all vital to living up to your fullest potential and getting out of mundane living.

However, this last step is one that lies at the heart of them all and that’s breaking free from your comfort area. Now we’ve all heard someone says at one time or another “you need to get out your comfort zone” but the thing is they don’t really go into the importance of it. Your brain loves to create patterns for us to follow for the simple fact it makes things easier to predict.

The thing about this is your brain does not filter between good and bad patterns, it just works with what it is given to it.

This is why it can be difficult to step out of your own perceptions and expand your horizons. When in stress of breaking your shell just remember that your plan is full proof and will work for you.

I once read a quote that said people can be measured by the amount of awkward conversations they have. It takes guts to stand up for yourself and your dreams but it is a must to reaching happiness with a side of success.

A quick tip to leaping over your boundaries is to plan ahead and set ambition but realistic liveable goals. It has to be something you really have a passion for or the next part might be a little challenging.

After you have your set target, the most important step is to believe in it. Listen to me when I tell you believing in yourself and goals are crucial on the road to a better version of you. If you can’t see your vision don’t expect anyone else to. 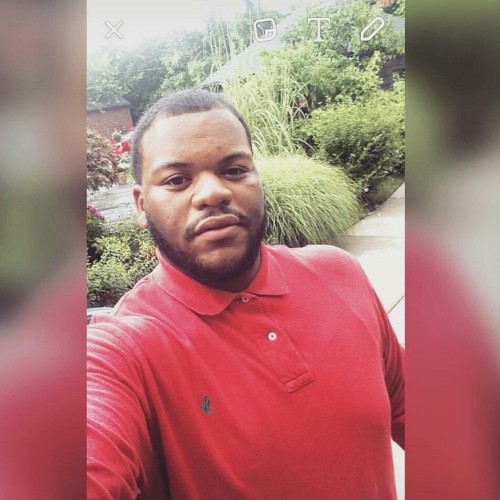 Darnell Stallworth
Darnell Stallworth is the creator of www.azerojourney.com. The blog operates as a cornerstone between creating the mindset you want, having success outside just working a normal 9-5 job, motivating others and overall becoming the best version of yourself possible. you can check out his blog for fresh, ever evolving content. Helping others become their best self is my passion.