The topic of cutting negative friends from your life, is one that’s close and personal to me.

In this article, I’m going to explain how negative friends affect your life, why you should cut them out, and how to begin to do so.

When I was younger, I always used to feel like the odd one out in the group. The more serious one. The one who seemed to think slightly bigger than the rest. But also the one who didn’t want to always tell the others his goals and dreams in case of what they might think.

Does this sound familiar to you?

If you’re reading this article today, I’m very grateful. I’m grateful because it means I get a chance to inspire and influence someone who could well possibly be in the same situation I was a short while ago.

A situation where I had a bunch of negative friends that would just make fun of my dreams and laugh at me for trying to do something different.

Are you the odd one out? 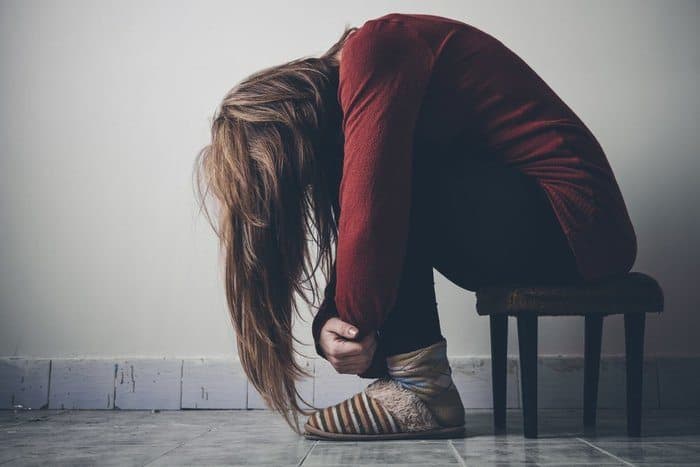 Before we continue with the article, are you the odd one out in the group? Do you feel like the person who thinks bigger than the rest?

Maybe the rest of your friend group chooses to waste their time and money on mediocre activities, like getting drunk every weekend with nothing really to celebrate about.

If you are, and you feel like you want to be doing more with your life, this article is for you.

What do you do when you’re the odd one out in the group?

If you feel like you’re the odd one out in the group, this is a good thing. It’s a good thing because it means you’ve finally realized that you don’t belong in the group. Your calling is somewhere else.

It might be tough to realize this; maybe you’ve been friends with your group for a long time, and you think you’ll be left with no one if you remove yourself from the group.

However, it’s a vital step to becoming a more productive person, and a giant step closer to where you want to be in life.

How do negative friends affect you?

Negative friends have a serious effect on your confidence levels, the belief in yourself, and the amount of action you take on your dreams. Not to mention your happiness.

If they’re constantly putting you down and encouraging you to waste your precious time, they’ve got to go.

Why You Should Cut Negative Friends From Your Life 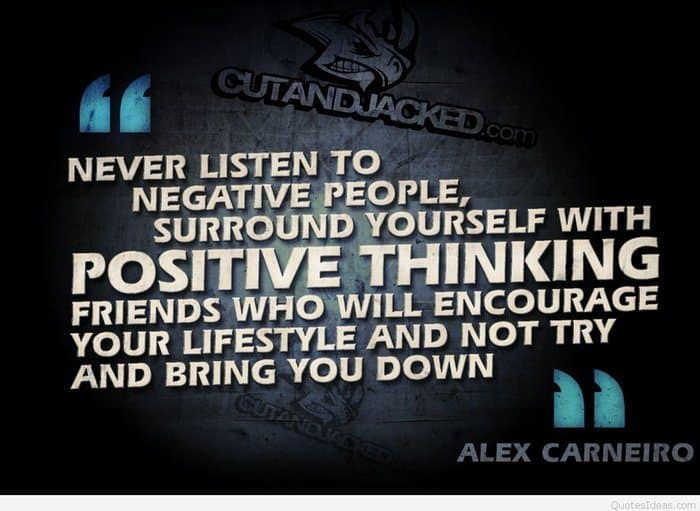 Let’s go through the many reasons and benefits of removing negative people from your life. Be warned, after reading this you may have a lot less friends.

1. You become like the 5 people you spend the most time with

There’s an old saying that suggests you become the average of the 5 people you spend most of your time with. They’re not wrong.

If you spend the majority of your time with negative people, you will start to feel negative. You will also start to do the same activities that they do, which can’t be that great if you’re interested in improving your life, and making the most of your time.

If, however, you spend your time with successful and positive people, you will be positive. You’ll become inspired, and you’ll learn a lot from these people. You’ll do productive and adventurous activities, rather than the usual pint down the pub.

Related:  5 Genuine Reasons to Step Out of Your Comfort Zone

2. Negative friends are often un-supportive and won’t have your back

Back when I first started my business, I only had the support of a few people. The rest were laughing behind my back. They thought the idea was stupid.

For many people who find themselves faced with a similar situation, that might be enough to make them give up and quit.

Luckily, I’d met many other entrepreneurs through the business who loved what I was doing. So I didn’t worry about what the other people thought.

3. Negativity is contagious and you’ll start to think negatively as well

When you hand around with negative people, their attitude towards things starts to rub off on you. When they spend their time complaining and expressing their negativity towards life, you start to feel the same way.

We are easily influenced by our surroundings. Whether we hear good things or bad things from people, it has a large influence on our thinking patterns and our general mood.

If you want to be able to think positively, and not be sucked back into a negative mindset, then you need to hang around with positive people, and not people who are going to make you feel bad.

4. If you find yourself on the side of the majority, it’s time to re-think

Have you noticed the trend between those that side with majority, and those that choose their own path?

Until recently, everybody thought that because the majority of people were going to university or college, that meant that they had to as well.

Now however, debts are increasing, people are graduating with the same degree and nothing to separate themselves from the rest of the group. A lot of the top millionaires and billionaires never even went to college.

The point of this statement, is that if you start to find yourself following what the majority of people, maybe it’s time to pause and reflect on the actual decision you’re making.

Many people make decisions just because it’s what everybody else is doing, and not considering whether it’s actually right for them.

5. Your confidence will be destroyed by negative people

You’re not going to be getting any boosts in confidence by spending time around negative people. In fact, they’re going to tearing your confidence to shreds piece by piece.

So on and so forth…

If you’re spending your time with people who constantly lift you up, and believe in you, you’re confidence will improve incredibly quickly. It’s a simple choice to make if you wish to be advancing towards your goals at the best rate possible.

6. You’ll be a lot more productive without them in your life

Distractions are the arch enemy of productivity.

Related:  How to Rise Above Negative People

Since your friends influence how you spend a good portion of your time, their interests will influence how much you use your time to the best of your ability.

You could spend every week doing the same thing, or you could be improving yourself as well as living life to the fullest. Your friends have a big impact on which of the two you do.

7. You can’t learn anything from them

If your friends are the type of people, who constantly complain, sit around doing nothing, and even have nothing new to talk about every time you see them; can you seriously learn much from them?

Actually, let me rephrase that;

Would you seriously want to learn anything from them?

These are people who don’t think big. They don’t want others to think big. They go for the short term happiness. The lazy habits, the late nights out every weekend. Then Monday rolls around and you hear them complaining about their jobs again.

The only thing you can learn from this is what not to do.

8. They’ll talk you out of your dreams

The worst part about having negative friends is that they’ll try and talk you out of your dreams. They’ll try and drag you back down the second to start to work on your life.

Giving you all the reasons why something you’re trying to do is ridiculous, impossible and a waste of time.

If you want to keep your dreams intact, and if you still want to believe that they’re possible, it’s probably best you stop hanging out with anyone that tells you otherwise.

How to Remove Negative Friends From Your Life 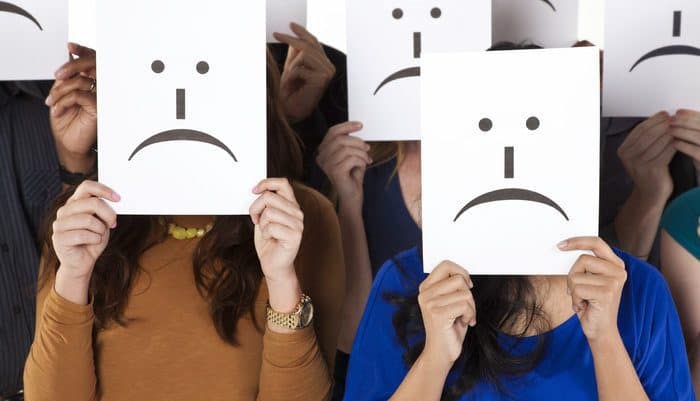 You’re probably now motivated to finally remove the negative people from your life. Maybe all the points here have resonated with you, and you found yourself nodding along to some of the stuff I’ve mentioned.

Although, it’s not exactly that easy, right?

Your friends are a huge part of your life, and it’s difficult to finally decide to stop hanging out with them.

Here’s a few points on how to remove the negative people from your life:

1. Identify People Who Are Negative

The first step to removing all the negativity from your life, is actually identifying those causing it in the first place. There might be people affecting your mood and energy without you even realizing it.

Take some time to think about the people you spend time with:

Once you think about the questions above, you’ll be able to see which of the people in your life are negative, and which are positive. In other words, which you should and shouldn’t avoid.

2. Limit Your Communication With Them

Do your best to limit communication with them. If you’re often talking to them on social media, on a regular basis, try muting the notifications from them.

There’s options on Facebook Messenger where you can mute notifications from someone for a certain period of time. The feature can be useful if there’s someone you want to take a break from for a while.

Related:  8 Harsh Reasons as to Why You're Still Broke

Keep yourself busy with your own tasks and goals to limit the amount of time you communicate with them.

If you feel like your social circle is nothing but the negativity circle, try searching for a new circle. Connect with others who are more positive individuals.

If you already know some positive people in your life, but don’t spend that much time with them, try to get closer to them and do more with them.

4. Switch Up Your Daily Routine to Avoid Negativity

Our routines play a big part in who we communicate with, and therefore how we feel.

There are plenty of situations where you could be faced with people who drain your energy:

Depending on your lifestyle and how your routine for the day is planned, they’ll be situations other than the above.

If you can alter your routines to attract more positivity, do it!

Why you should remove negative friends from your life:

How to remove negative friends from your life:

Negative people are sometimes unavoidable. You’ll often comes across them in life now and again. If however, people filled with negativity have become close friends of yours, it won’t do you any good.

You can see from all the reasons we’ve covered in this article, just how important it is to remove negative friends from your surroundings.

But it’s not that easy…

What’s your experiencing with negative people? And have you ever had to remove negative friends from your life? Leave a comment below.

Why Having A Stable Life is Killing You From the Inside

The 15 Success Habits All High Achievers Have 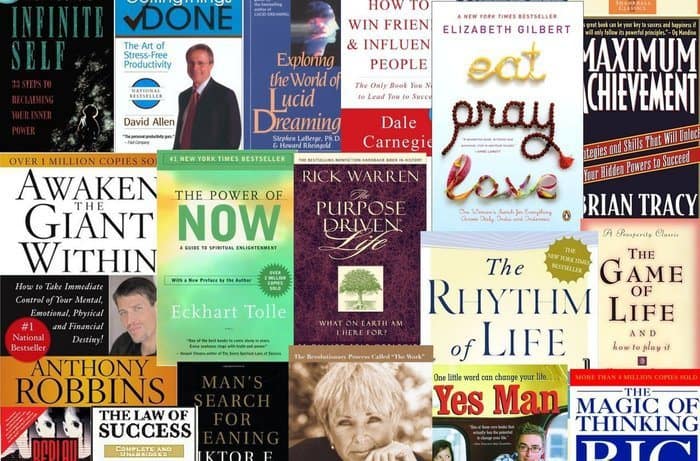 6 Tips for People Struggling to Deal With Rejection How to Change Your Schedule for Better Productivity 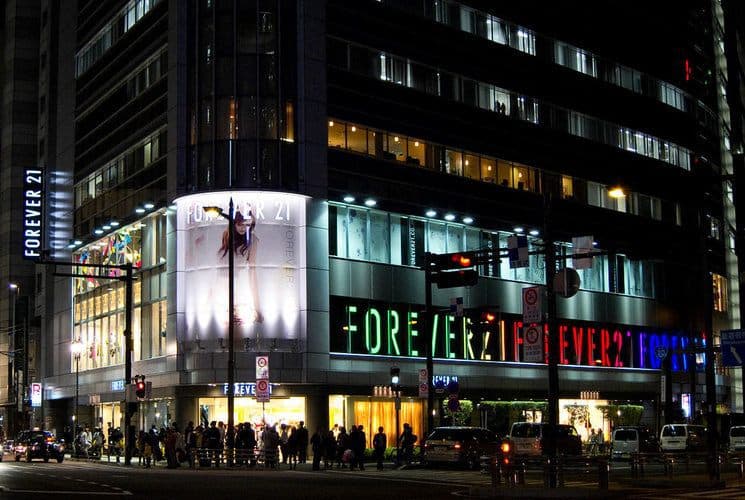 5 Inspiring Lessons From The Story of Forever 21 Why Daily Complaining Is Ruining Your Life