Have you ever read the book ‘Think & Grow Rich’?

If you’re a regular visitor to Wealthy Gorilla, then you definitely should have read the book by now!

Think & Grow Rich was written by Napoleon Hill and is considered to be one of the best self-development books of all time.

The 30 Major Causes of Failure

Within one of the chapters of Think & Grow Rich, Napoleon Hill lists the 30 major causes of failure. These are the reasons why 99% of people are failing in their lives.

The purpose of featuring and explaining these ‘major causes of failure’ within this article, is to show you why people fail, and how you can avoid doing the same thing in your own life.

Here are the 30 major causes of failure as described by Napoleon Hill:

The reason why this was put first on the list, was because Hill says it’s one of the toughest issues for people to overcome.

This basically means that someone is perhaps not naturally intelligent, and lack’s certain brainpower. They can take all the measures needed to improve their knowledge and become smarter, but they are still at a disadvantage.

2. Lack of a Well Defined Purpose in Life

If you don’t have a definitive goal that you’re setting out to achieve, a purpose that you’re trying to fill, you won’t become successful. You have nothing to hit, nothing to aim at. And therefore your direction is unidentified.

3. Lack of Ambition to Aim Above Mediocrity

There are many reasons why people might not have the ambition to aim above mediocrity. Whether it’s that they’re too lazy, too comfortable, too spoilt, or have no belief in “success”.

Another one of the major causes of failure is insufficient education. Don’t get this wrong. This does not solely mean a lack of formal education leading up to adulthood.

In many cases, and especially in various parts of the world, formal education is an issue. However, another big issue is that many individuals leave school and decide that they’ve done all the learning they needed to do.

When it comes to your career, specialized knowledge is a must, and it can only be learnt through experience on the job, and studying outside of working hours. Just turning up to work every day isn’t enough education.

Becoming successful isn’t easy. It takes a lot of discipline to consistently work hard at something until you finally start to achieve success from it.

There’s a lot of productive habits that need to be adopted in order to get the most out of your day, and therefore your week, month, and year.

Nobody can enjoy their success without good health, and in fact poor health can still hold you back from achieving it in the first place.

This essentially means that many people fail due to the environment they grew up in. Poor parenting, bad neighbourhoods, born into poor families etc.

Related:  10 Reasons Why You Should Love Your Online Haters

It’s not a death sentence, but more people than not let these circumstances dictate their future. Something can be done, no matter what.

Everybody has a dream, but when it comes to taking action, most procrastinate. They wait until they’re ‘ready’, or until the ‘perfect time’.

Time goes by, but they’ve gone nowhere. Truth is, that they’ll never be a perfect time to start working on your dreams. You have to stop procrastinating and create a sense of urgency within your life.

You won’t get anywhere without persistence. And persistence can be tough when you’re not seeing immediate results from all the hard work you’re putting in.

The truth is. Persistence is the key to everything. Every successful individual has had their own failures during their lifetime, but persistence meant that they got back up, and didn’t have to remain a failure.

You know those people that always seem to complain about things, but never change them? How about the people who always tell you that they can’t do something?

Thinking negatively will only ever bring you a negative life. This is one of the biggest causes of failure, and changing your mindset from negative to positive should be a very high priority.

Most people will deny that this one affects them, but it does. The sexual stimulus has the power to influence people into action more than any other type of energy.

This means you’re likely to be spending a lot of your time chasing this, becoming distracted, and losing sight of your goals.

12. Uncontrolled Desire for ‘Something for Nothing’

Ever come across people who want something for nothing?

You see, you only start to get the things you want in life when you’re able to help other people. Every business that succeeds, does so because it is helping enough people to be profitable.

13. Lack of a Well Defined Power of Decision

After all, if you’re unable to make decisions, then you’re not going to be able to build a business, that’s for sure. We make thousands of decisions every day, so this ability is key.

14. One or More of the Six Basic Fears

Possessing one of these six basic fears may also be one of the major causes of failure. It’s important to remember in this circumstance, that we all eventually die. Therefore we have nothing to lose, and the fear above should not keep us from living our dream life.

15. Wrong Selection of a Mate in Marriage

Your marriage is going to affect your career. That’s a given. If you’re in a marriage where your partner supports you, and you are both happy, then it’ll be beneficial to your career.

Related:  How I Screwed the Cube to Travel the World

If however, you’re always arguing, then it’s going to affect your performance during work. Choose your life partner wisely.

In order to get far in life, you have to take risks. You’ll only get so far by playing it safe. Risks are often necessary, and they don’t always work out. But eventually, they do.

Those who are too cautious, and afraid to venture into the unknown, will often fail.

17. Wrong Selection of Associates in Business

Who you choose to do business with can often be another huge cause of failure. Choosing someone who lacks the right qualities can often end up in them making the wrong decisions, and ruining all your hard work in business.

Another choice you need to make wisely.

Superstition is a big issue people face with their mindset. In fact, if you follow Tai Lopez, you’ll know that he likes to give away free cars every so often.

Many of the people who have won the free cars, did not believe they’d really won. They thought it was fake. So guess what? Tai gave the car to someone else.

19. Wrong Selection of a Vocation

So many people make this common error. Picking the wrong line of work. Unless it’s something you can’t go a day without thinking about, then you shouldn’t be doing it.

However, 95% of people hate waking up on Monday because they have to travel to jobs they do not like. They are only there to get that paycheck. Why?

20. Lack of Concentration of Effort

Do you know how long the human attention span is?

It’s not very long at all. This means concentrating on something for a long period of time is ridiculously hard. And it’s even harder if you’re trying to concentrate on something you don’t like.

21. The Habit of Indiscriminate Spending

Do you often buy things you don’t really need?

How much money has that new T.V made you recently? $0? That’s strange…

Wasting money instead of investing it in yourself, is what separates the rich from the poor. Think about that the next time you want to buy a whole new wardrobe.

Enthusiasm is a key to achieving success with anything you do. Without enthusiasm or a real passion for your work, you will be unable to go the distance.

This is the same reason why people who chase money will never find it. When money is a driving force, instead of passion, you will give up on the activity long before you become successful at it.

Passion for something means you want to do it every single day, regardless of how much money you’re earning, or the number of setbacks you’re experiencing.

Being open-minded is something every good businessman should be. Open to new ideas, new ways of thinking, new types of people.

Intolerance of others, and their ideas, is going to hurt your reputation. Especially when the people you’re intolerant of are people you work with or do business with.

Intemperance, similar to intolerance in many ways, is another one of the major causes of failure. If you’re someone who has a tendency to get angry, you’re going to end up annoying a lot of people. You’re also going to end up ruining your productivity.

25. Inability to Cooperate With Others

Collaboration with others is inevitable. After all, every business is in the business of people. If you are unable to cooperate with other people, then you won’t get very far at all.

The only way to get what you want is to help other people get what they want; and that won’t happen for anybody who refuses to cooperate with others.

26. Possession of Power Not Acquired Through Self-Effort

People who have been given power, and not earned it themselves, are destined to fail.

They are destined to fail because in most cases they will not have adopted and mastered the essential habits and skills required to earn this power in the first place.

They also most likely lack the experience and knowledge required to use their power properly.

People who acquire power without this effort will not be able to control it, use it efficiently, nor should they be trusted with it.

It doesn’t matter whether you’re lying to yourself or to other people. A lack of honesty will come back to haunt you in the end. People won’t want to work with you. They won’t trust you. You won’t be true to yourself.

The whole thing’s a house of cards.

I’ve come across many people who are either too stubborn to understand why they’re wrong or collaborate with other people because they think they’re bigger than everyone else.

29. Guessing Instead of Thinking

If you’re guilty of this, you’re just asking for failure. Guessing instead of thinking? Come on.

There are a lot of people who start arguments because they have this type of mindset. They just assume, and then forget to actually do the research before forming their opinion.

Don’t be one of these people.

Lastly, lack of capital is 30th on the list of major causes of failure. Money is obviously an issue for many people who have dreams and ideas, in most cases to build the business they desire.

Often, if their business plan is good enough, they’ll be able to seek investors or be able to start smaller with lower costs.

Here’s a recap on the 30 major causes of failure from Think & Grow Rich:

How many major causes of failure have you been guilty of? Leave a comment below. 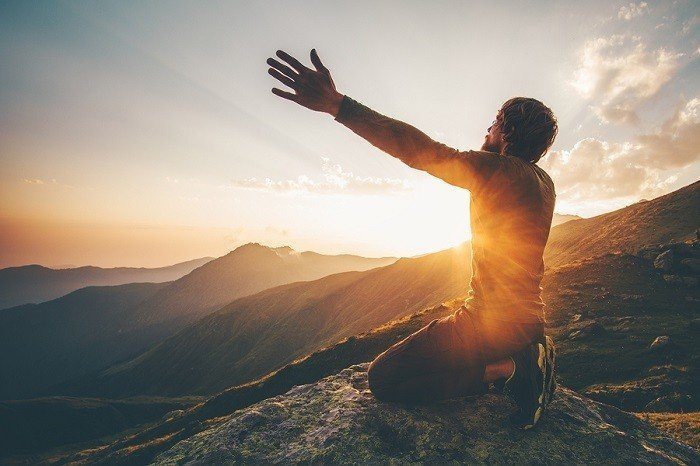 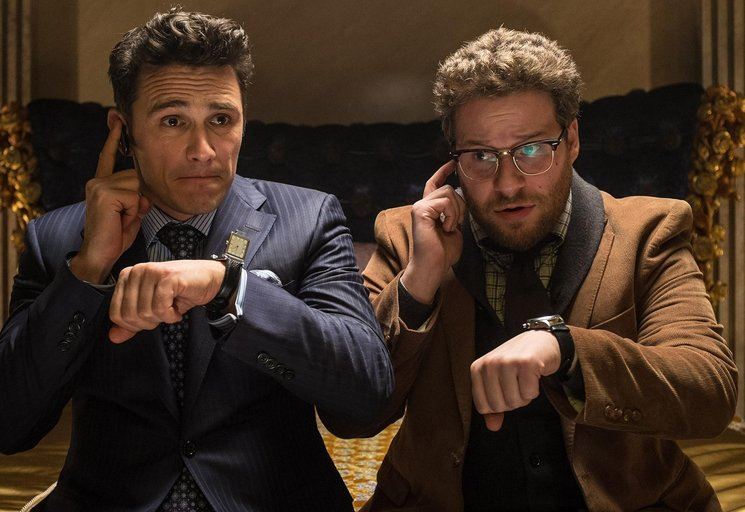 Top 10 HR Interview Questions & How to Answer Them 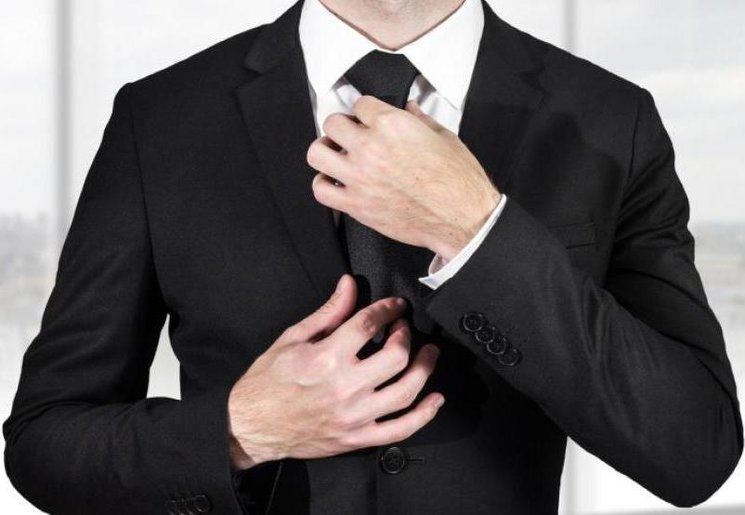 4 Crushing Failures You Should Experience In Life