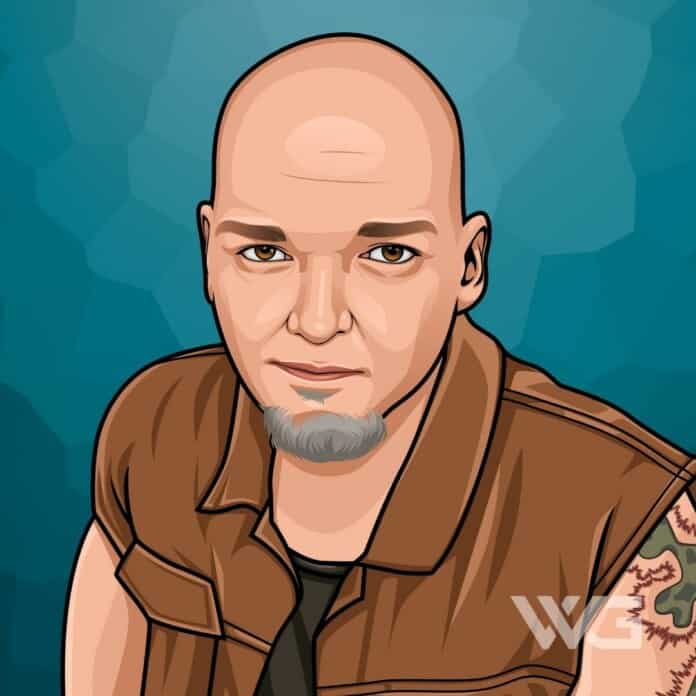 What is Alain Johannes’ net worth?

Alain Johannes is a multi-instrumentalist.

Johannes has been the founding member of many different bands such as Eleven, and has been involved with acts such as hard rock band Queens of the Stone Age, Them Crooked Vultures, PJ Harvey, Chris Cornell, Arctic Monkeys, Mark Lanegan, and The Desert Sessions. He is the nephew of Peter Rock.

Alain Johannes Mociulski was born on the 2nd of May, 1962, in Chile.

He is the nephew of Peter Rock. Johannes and his family moved to Los Angeles. He started to play guitar at a very young age. He then formed his first band, Anthem.

In 1987, he teamed up with his wife and dropped the work ‘Walk the Moon’. A few years later, the pair recruited drummer Jack Irons to form the progressive hard rock trio Eleven. They released five studio albums over 12 years.

Johannes formed the band Chain Reaction with Hillel Slovak, Todd Strassman, and Jack Irons This band was later renamed What Is This.

In 1987, Johannes and Natasha Schneider dropped the album ‘Walk the Moon’. The band, Eleven was formed in 1990 and they released their album ‘Awake in a Dream’ in 1991.

A few years later, he joined Queens of the Stone Age to be the guitarist. In 2012, Jimmy Eat World announced that Johannes would be the producer on their eighth album. The following year, he was the player in Dave Grohl’s Sound City Players project, writing and recording a song for the album.

In 2014, he dropped his second album, ‘Fragments and Wholes Vol.1’. He then started to work with PJ Harvey in 2014. Between the years 2016 to 2017, Johannes was a part of PJ Harvey’s touring ensemble for her world tour in support of her album ‘The Hope Six Demolition Project.’

Here are some of the best highlights of Alain Johannes’ career:

“I started playing around 4 years of age, learning a few chords and picking out songs. Early influences were The Beatles, Led Zeppelin, Paco De Lucia, the soundtrack to Jesus Christ Superstar, Queen, and tons of jazz Coltrane, Miles, Dolphy…
I have early memories of music creating this feeling in me of connection of excitement and I loved the space.” – Alain Johannes

“Way more than the time I spent learning my instrument and then other instruments, I credit the endless hours listening and absorbing music from different cultures different genres. I was drawn to Indian classical music and the phrasing vocalists and instrumentalists had.” – Alain Johannes

“It’s all process. So, as the years pass we learn from each experience and keep learning and living. Also, the gear keeps changing. In the beginning, I had analog tape recorders synths etc. Then digital started taking over making it more affordable but not always as good sonically, so we had to overcome that.” – Alain Johannes

“Well, hopefully, the division is minimized and it’s an extension of one’s creativity. They are all tools that help manifest a creative impulse into a piece of music. In that regard, a human body is part of this continuum. Whether I’m playing a bamboo flute.” – Alain Johannes

“I love incorporating complex effects chains and sample engines as well as software synths in a way that I can perform them so that what I play has a multi-dimensional quality even though I’m simply playing guitar. I have a midi pickup as well as a guitar synth.” – Alain Johannes

Now that you know all about Alain Johannes’ net worth and how he achieved success; let’s take a look at some of the best lessons we can learn from him:

Be kind to people. You never know what demons they have in their head.

Use your dreams to have fun, not only to earn money.

Follow your dreams and always stay patient and humble.

How much is Alain Johannes worth?

Alain Johannes’ net worth is estimated to be $9 Million.

How old is Alain Johannes?

How tall is Alain Johannes?

Alain Johannes is a musician and vocalist. Johannes was born in Chile.

Growing up he formed the band Chain Reaction which later was renamed What Is This?. With the band Eleven, they released six studio albums that got very popular and caught people’s eyes. As a drummer and guitarist he has been working with Stone Age, Chris Cornell, Arctic Monkeys, Them Crooked Vultures, Mark Lanegan, and The Desert Sessions.

What do you think about Alain Johannes’ net worth? Leave a comment below.

What is Lil Scrappy's net worth? Introduction  As of ,...