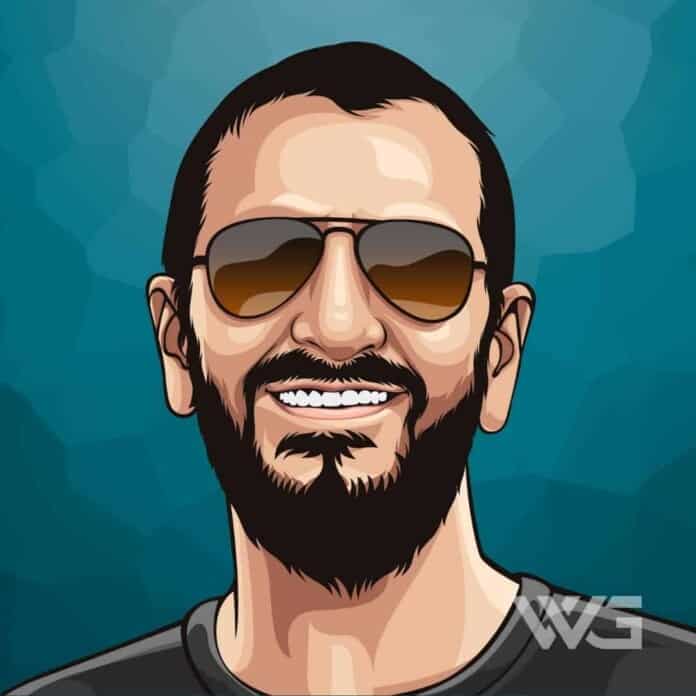 What is Ringo Starr’s net worth?

Richard Starkey, known professionally as Ringo Starr, is an English singer, songwriter, and actor from Liverpool. Starr gained worldwide fame as the drummer for the Beatles and is today considered to be the 10th richest rock star in the world.

Richard Starkey “Ringo Starr” was born in Dingle, Liverpool on the 7th of July, 1940. Starr was the only child of Richard Starkey and Elsie Gleave. At the age of 6, Starr developed appendicitis, which caused him to fall into a coma that lasted for a few days.

After Starr was discharged from the hospital, he chose to not return to school and preferred to stay home instead, playing music.

Ringo Starr began his musical career in a Skiffle band and took the nickname, ‘Ringo’ because of the number of rings he wore. By now, he already fully adopted the stage name ‘Ringo Starr’. In 1960, he met a Liverpool band ‘The Beatles’ and joined them two years later.

In 1962, Starr has his first professional recording experience with the Beatles. The band took the world with storm and was considered to be the best band of all time.

A few years later, Starr was once again given a chance to prove his acting abilities and also provided the vocals for the single ‘Act Naturally’. After an illness, he became more isolated than ever before. However, in 1966, he was given the role as the lead singer in the track ‘Yellow Submarine’.

In 1992, Starr released his first studio album since 1983, ‘Time Takes Time’. Two years later, he started to work on the ‘Beatles Anthology’ project with the members of the Beatles.

In 2012, he dropped the album ‘Ringo 2012’ and the following years the ‘All-Starr’ band announced that they would be touring the Pacific Rim the next year.

Here are some of the best highlights of Ringo Starr’s career:

“I think the most exciting thing is that you expect people our age to know the music, but actually a lot of kids know the music, and if anything is left, we have left really good music, and that’s the important part, not the mop-tops or whatever.” – Ringo Starr

“In the band, I was in, we knew when we’d done the take because it just feels good. It’s like golf. When you hit that ball right, you know. You feel it – you feel the connection. And connecting is good.” – Ringo Starr

“I feel the older I get, the more I’m learning to handle life. Being on this quest for a long time, it’s all about finding yourself.” – Ringo Starr

“We were honest with each other and we were honest about the music. The music was positive. It was positive in love. They did write – we all wrote – about other things, but the basic Beatles message was Love. “ – Ringo Starr

View our larger collection of the best Ringo Starr quotes!

Now that you know a lot about Ringo Starr’s net worth, and how he achieved success; it’s time to take a look at some of the lessons we can learn from him:

We have to pay our dues if we want to sing the blues… And you know it doesn’t come easy. Life is not always easy, so it’s important that we play the part if we wanna earn the part.

Peace and love is the most important thing in the world. If we wanna achieve it we ALL have to work for it to come true.

You either kiss the future or the past goodbye.

How much is Ringo Starr worth?

Ringo Starr’s net worth is estimated to be $350 Million.

How old is Ringo Starr?

How tall is Ringo Starr?

Ringo Starr is one of the best drummers of all time. Much of his multi-million dollar fortune is from his time with the Beatles. The Beatles is today considered to be one of the most popular and best bands in history.

As of February 2023, Ringo Starr’s net worth is estimated to be roughly $350 Million, making him the 10th richest rock star in the world.

What do you think about Ringo Starr’s net worth? Leave a comment below.

Rory McIlroy became a multi-millionaire playing golf and has earned a fortune on the fairways of Europe and the USA.