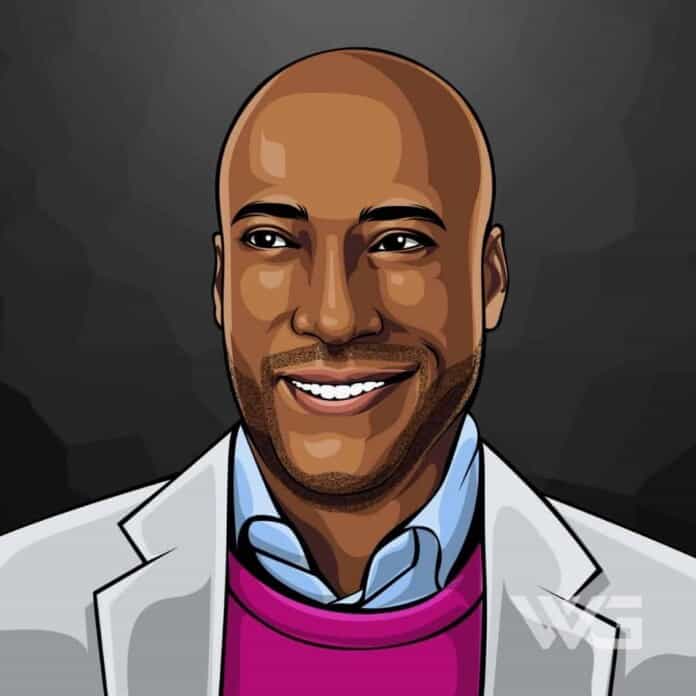 What is Byron Allen’s net worth?

Byron Allen Folks was born on the 22nd of April, 1961, in Michigan. His interest in show business began during his childhood when he would accompany his mother to NBC studios in Burbank where she worked as a publicist.

At age 14, Allen put together his first stand-up routine and began appearing on an amateur night at comedy clubs throughout the Los Angeles area.

At age 18, Allen made his television debut on The Tonight Show Starring Johnny Carson. One of his earliest roles was as a regular presenter on the NBC series Real People during the show’s entire run.

His show “Jammin” was picked up as “Kickin’ It with Byron Allen” in 1992, and by the end of its run had made the list of longest-running United States television series.

The same year, he would partner with Sinclair Broadcast Group to acquire Fox Sports Networks, which The Walt Disney Company was forced to sell as a condition of its purchasing 21st Century Fox.

Here are some of the best highlights of Byron Allen’s career:

“I personally knew and worked with Sammy Davis, Jr. Sammy hired me to open for him at Caesars Palace in Las Vegas when I was a 19-year-old standup comedian, and that’s where my fascination with his incredible story began.” – Byron Allen

“Al Sharpton is not important. He’s nothing more than a black pawn in a very sophisticated white economic chess game.” – Byron Allen

Now that you know all about Byron Allen’s net worth, and how he achieved success; let’s take a look at some of the lessons we can learn from him:

1. What You Resist, Persists

What you focus on expands and what you resist, not only does it persist, but it also grows in size. And if you want to shrink something and make it disappear from your life, you need to stop feeding it by fighting against it.

2. Life Is All About The Journey And Less About The Destination

The moment you forgive somebody, chances are that you will also give them a second chance, a chance to be near you, without trying to remind them of what they did to you, treating them not as they are, or as they once were, but rather as you want them to be.

How much is Byron Allen worth?

Byron Allen’s net worth is estimated to be $500 Million.

How old is Byron Allen?

How tall is Byron Allen?

Byron Allen is an American comedian and television producer who made his television debut on “The Tonight Show Starring Johnny Carson”. Allen holds the distinction of being the youngest standup comedian ever to have performed on the show.

Today, Byron’s companies produce more than 30 nationally syndicated programs that according to the The Hollywood Reporter bring in $100 million in revenue per year.

What do you think about Byron Allen’s net worth? Leave a comment below.