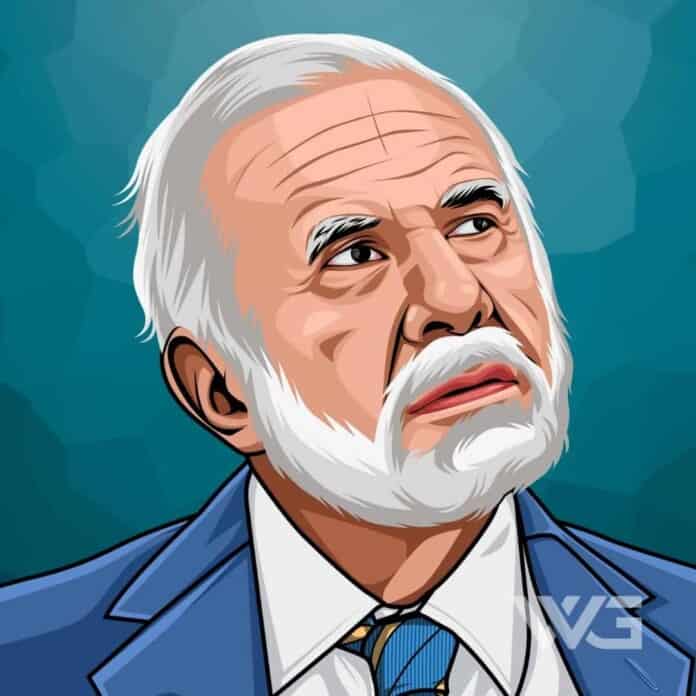 What is Carl Icahn’s net worth?

Carl Icahn is an American businessman.

Icahn is the founder and controlling shareholder of Icahn Enterprises, a diversified conglomerate holding company based in New York City, formerly known as American Real Estate Partners. He is also Chairman of Federal-Mogul.

As of December 2022, Carl Icahn’s net worth is estimated to be roughly $24 Billion.

His father, an atheist, was a cantor who later served as a substitute teacher, and his mother was a schoolteacher.

He studied at the ‘Far Rockaway High School’ and attended ‘Princeton University,’ where he obtained a ‘Bachelor of Arts’ degree in philosophy in 1957.

Following a stint in the US army, he commenced his career as a stockbroker in 1961.

He founded the securities firm ‘Icahn & Co.’ in 1968. The company dealt with options trading and risk arbitrage. He took a loan of US$ 400,000 from an uncle to buy a place for it on the ‘New York Stock Exchange.’

Icahn started acquiring substantial shares of individual companies in 1978, thereby obtaining controlling positions.
He went for a hostile takeover of a major American airline ‘TWA’ in 1985 and became its chairman, thereby earning the reputation of a “corporate raider.”

The American conglomerate ‘Icahn Enterprises,’ founded by him, was incorporated on February 17, 1987. The company invested in diverse industries such as energy, auto parts, casinos, metals, real estate, rail cars, home fashion, and food packaging. It was controlled by Icahn, who owned an 89.8% stake in it.

Icahn was the chairman of several companies such as ‘American Railcar Industries,’ ‘WestPoint Home,’ ‘XO Communications,’ and ‘Imclone.’ He served as director of ‘Blockbuster’ till January 2010.

As of December 2022, Carl Icahn’s net worth is estimated to be roughly $24 Billion.

How Does Carl Icahn Spend His Money?

Carl Icahn spends some of his money on real estate.

Here are some of the best highlights of Carl Icahn’s career:

“Had a nice conversation with Tim Cook today. I discussed my opinion that a larger buyback should be done now. We plan to speak again shortly.” – Carl Icahn

“Reuters was completely accurate that I am concerned about the level of the market. But I also made it clear on the conference call (and I believe, as Reuters reported it), that it is almost impossible to predict what a market will do in the short term. There are too many variables.” – Carl Icahn

“To say we care only about the short term is wrong. What I care about is seeing these assets in the best hands” – Carl Icahn

“In life and business, there are two cardinal sins, the first is to act precipitously without thought, and the second is not to act at all. Unfortunately, the board of directors and top management of Times Warner already committed the first sin by merging with AOL, and we believe they are currently in the process of committing the second; now is not a time to move slowly and suffer the paralysis of inaction.” – Carl Icahn

“We’re not about liquidating companies, but if you do that, why is that terrible? We’re not blowing up the factories. The person who buys it should be able to make the asset more productive.” – Carl Icahn

Now that you know all about Carl Icahn’s net worth and how he achieved success; let’s take a look at some of the lessons we can learn from him:

1. Strive To Become A Value Investor And Not A Speculator

One of the things that Carl Icahn understands is that a stock is a share of an actual business and not just a document. He advises that if you want to be successful in investing, understand the businesses whose stock you want to buy. This takes time, effort and is well worth it.

2. What Is Currently Popular Is Generally Wrong

In the world of investing, if something is popular among the masses, it is generally wrong. This form of shared collective opinion is known as herd mentality. Carl warns against this form of group thinking. He indicates that if you go along with a popular trend, the momentum will eventually fall apart and leave you in ruin.

3. Bet Big On Your Best Ideas

Make sure that you have some bold conviction behind every stock purchase that you make. This is a lesson in investing that Carl Icahn lives and practices every day. Also, he makes such purchases if public activism is a major component in the decision. Let your conviction drive your investment.

How much is Carl Icahn worth?

Carl Icahn’s net worth is estimated to be $24 Billion.

How old is Carl Icahn?

How tall is Carl Icahn?

Carl Celian Icahn is an American entrepreneur, investor, and philanthropist who is the founder, owner, and chairman of the American conglomerate ‘Icahn Enterprises’ that invests in diverse industries.

What do you think about Carl Icahn’s net worth? Leave a comment below.

What is Vin Diesel's net worth? Introduction As of ,...