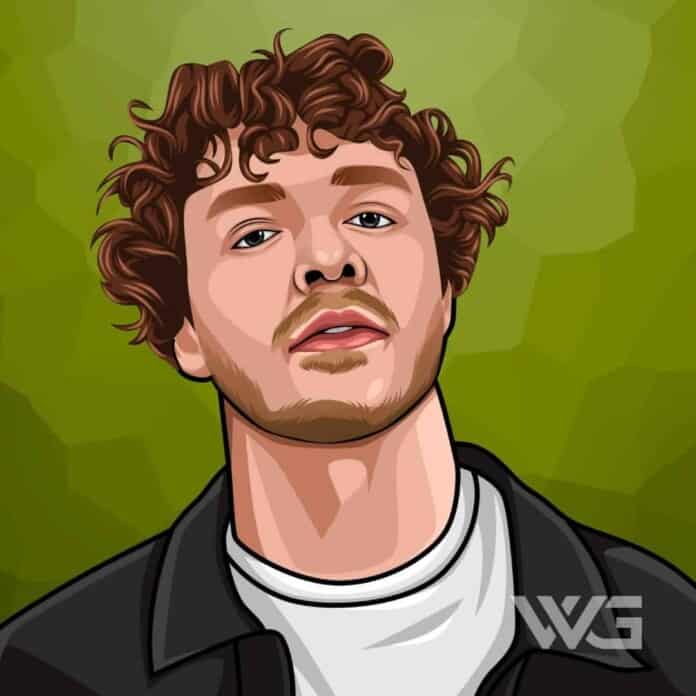 What is Jack Harlow’s net worth?

Jack Harlow is an American rapper and songwriter. Harlow signed to Don Cannon and DJ Drama’s Generation Now record label and Atlantic Records. Harlow is the co-founder of his musical collective Private Garden.

He is known for his single ‘What’s Poppin’ which was released in 2020. The track peaked at number two on the US Billboard Hot 100.

Jackman Thomas Harlow was born on the 13th of March, 1998, in Kentucky.

Harlow is the son of Maggie and Brian Harkiw, and he was raised on a horse farm. He started rapping when he was 12 years old when he and his family moved to Shelbyville.

Harlow and his friend used a Guitar Hero microphone and laptop to record songs and rhymes. They sold copies at their school. When Harlow was in the seventh grade, he bought his first professional microphone and made his first mixtape titled ‘Extra Credit’.

In 2015, Harlow dropped his first commercial album titled ‘The Handsome Harlow The following year; he released the mixtape ’18’, the first album on his label and music collective, Private Garden.

In 2017, he released the track ‘Routine’ and another single titled ‘Dark Knight’.

It was announced that he had signed to DJ Drama and Don Cannon’s Generation Now label in 2018. Harlow rose to fame in January 2020, when he dropped the single ‘What’s Poppin’. The song was shared on the TikTok social media platform, and Cole Bennett produced the music video.

On the 22nd of October, 2020, he dropped the track ‘Tyler Herro The song was praised for the easy weightless charisma and lyrics. He announced his debut album later that year, and the album consists of 15 tracks, including ‘Tyler Herro,’ ‘What’s Poppin’, and its remix.

How Does Jack Harlow Spend His Money?

Jack Harlow is one of the biggest rising names in the hip hop industry at the moment, and he celebrated his massive success with a set of championship rings.

Harlow has some fine jewelry. One of his most notable purchases is his championship rings. The ring is unique and altogether is valued at $110,000. Each ring is constructed of 55 grams of 14k white gold.

Here are some of the best highlights of Jack Harlow’s career:

“I always know there’s going to be a response. A response is better than no response. I knew there were going to be some comments like that, but I just let the music speak and the raps speak. The song is undeniable. It’s just one of them records.” – Jack Harlow

“I think authenticity resonates with people. I think people believe me and people can tell that I’m secure in myself. I’ve been doing that my whole life. I was rapping in high school and there were kids that used to hate on me, who show me a lot of love now. I’m in the business of turning skeptics to believers.” – Jack Harlow

“I think people are unaware of my musical range, and that’s something about this album I’m excited about. I’m really excited to show that off. I haven’t had a real melodic record hit big for me, and melody is a big part of what I do. I’m very musical and groovy in general. I think people right now have me boxed in as the white boy who can really rap.” – Jack Harlow

“To me, it’s music that the culture digests all at the same time, on a decently mass level. Everyone kind of gets a chance to feel it and anticipate it. And then secondly, the music ages well, and it’s timeless. I just have a good feeling about this music aging well.” – Jack Harlow

“I don’t know if credibility is a requirement to have success, but it’s important to me. When I was shopping around before I signed, I wasn’t like, ‘I’m not signing until I find some Black gatekeepers.” – Jack Harlow

Now that you know all about Jack Harlow’s net worth, and how he achieved success; let’s take a look at some of the lessons we can learn from him:

Wherever you come from or been through in your life you can achieve your dreams with hard work.

Music will always be popular and timeless to listen to, that’s why music is a form of art.

There will always be haters and believers out there, no matter what you have to stay real and be yourself.

How much is Jack Harlow worth?

Jack Harlow’s net worth is estimated to be $4 Million.

How old is Jack Harlow?

How tall is Jack Harlow?

Jack Harlow is an American rapper who is best known for his single ‘What’s Poppin’. Harlow dropped his debut album ‘That’s What They All Say’ in 2020.

His single ‘What’s Poppin’ reached the 2nd spot on the Billboard Hot 100 chart and the US R&B/Hip-Hop chart. To date, he is one of the rising names in the hip hop industry.

What do you think about Jack Harlow’s net worth? Leave a comment below.