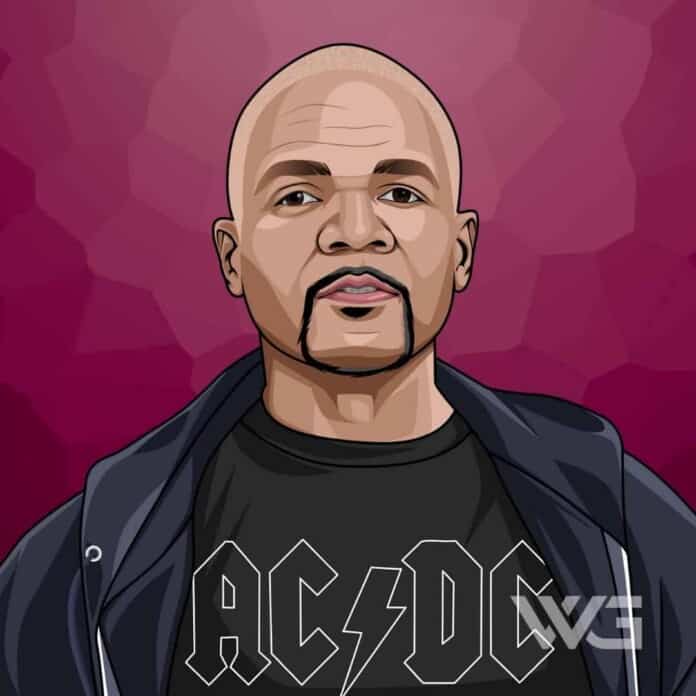 What is Darryl McDaniels’ net worth?

As of December 2022, Darryl McDaniels’ net worth is roughly $40 Million.

Darryl McDaniels, DMC, is an American musician and rapper from Harlem, New York. He is a founding member of the hip hop group Run–D.M.C. and is considered one of the pioneers of hip hop culture.

Darryl Matthews McDaniels was born on the 31st of May, 1964 in Harlem, New York. He graduated from Rice High School in Manhattan in 1982, and enrolled at St. John’s University in Queens, New York, but did not graduate.

The following year, Run DMC released the King of Rock album. They became only the second rap group to appear on American Bandstand, performing the hit “Jam Master Jammin.”

McDaniels co-founded The Felix Organization, a nonprofit focused on children who grow up in the foster care system. In 2009, he and Run DMC were inducted into the Rock & Roll Hall of Fame.

Here are some of the best highlights of Darryl McDaniels’ career:

“Comics did for me what hip hop did for me as I got older; it empowered me, inspired me and educated me.” – Darryl McDaniels

“We pulled up to Jay’s front steps, in front of his house. He comes out of the house, he’s got the four-speaker JVC boombox, he had on black Lee jeans, he had on white Adidas with the black stripes – but there are no laces in ’em. He had on a black sweatshirt, and a black Adidas jacket with the white stripes, and he had on the ‘Godfather’ hat. … Russell [Simmons] had been telling us, ‘You need stage outfits.” – Darryl McDaniels

“In New York at that time, if you came downtown to the NYU area to clubs like Danceteria and The World, you would see Afrika Bambaataa, you would see Fab Five Freddy, Run-DMC, The Ramones, Madonna, Basquiat, Keith Haring. It was the music, it was the literature, it was the journalists.” – Darryl McDaniels

“It was easy for hip-hoppers because we were familiar with all of these artists because we were [sampling] their music. So to meet Lou Reed – who we had just rapped over his beat the other night – those were incredible empowering moments.” – Darryl McDaniels

“If I wasn’t adopted I would never have met Jay or Run and I wouldn’t be who I am now, where I am and the influence Run: DMC had on rap music today. We were the rap artists to get promotional deals with the song, ‘My Adidas’.” – Darryl McDaniels

Now that you know all about Darryl McDaniels’ net worth, and how he achieved success; let’s take a look at some of the best lessons we can learn from him:

Don’t care what others think of you, and you will save yourself a lot of mental energy that instead can be used to push you towards success. If you care too much you will just waste your time on bad energy.

Don’t let things happen in your life. Instead, make it happen.

Never live your life compared to someone else’s standards, because for one, you don’t know what their standards are, and secondly, you are not them. Everyone has their strong points, don’t ever downgrade your own.

How much is Darryl McDaniels worth?

Darryl McDaniels’ net worth is estimated to be $40 Million.

How old is Darryl McDaniels?

How tall is Darryl McDaniels?

Darryl McDaniels is an American musician who is the founding member of legendary hip hop group Run-D.M.C. The hip-hop group is regarded to be one of the best groups of all time.

McDaniels has been featured on several video games, including “Guitar Hero: Aerosmith” and “The Warriors”.

What do you think about Darryl McDaniels’ net worth? Leave a comment below.

What is Emmy Rossum's net worth? Introduction As of ,...