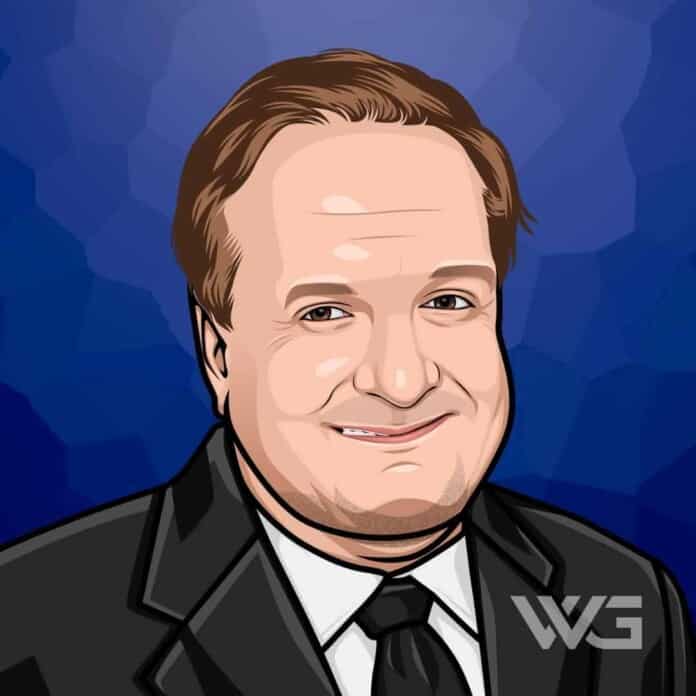 What is Ron Burkle’s net worth?

Burkle is co-founder and managing partner of The Yucaipa Companies, which is a private investment firm that specializes in U.S. companies in the distribution, logistics, food, retail, consumer, hospitality, entertainment, sports, and light industrial sectors.

The company has executed grocery chain mergers and acquisitions involving supermarket chains including Fred Meyer, Ralphs, and Jurgensen’s, and once owned stakes in about 35 companies, including the grocery chains A&P and Whole Foods Market.

Ronald Wayne Burkle was born on the 12th of November, 1952, in California.

Burkle is the son of Betty and Joseph Burkle. Growing up, he stocked shelves in his father’s store with bread and corralled shopping carts. When he was 13 years old, Burkle had joined United Food and Commercial Workers Union Local 770.

At age 16, he graduated from high school and entered California State Polytechnic University, Pomona, to study dentistry. Two years later, Burkle dropped out. When he was 21 years old, he parlayed a $3,000 investment in American Silver.

In 1992, during the Los Angeles riots, he refused to close his city stores. He has served a chairman of the board and controlling shareholder of several companies such as Alliance Entertainment, Golden State Foods, Dominick’s, Fred Meyer, Ralphs, and Food4Less.

Burkle is often seen as a businessman who maintains close relationships with labor unions and works with unions to solve business problems. In 1999, he helped save the Pittsburgh Penguins by being a part-owner.

He played an active part in negotiations to construct the PPG Paints Arena for the Penguins. Burkle’s strong ties to union work also led him to be one of the owners helping Commissioner Gary Bettman negotiate an end to the 2012–13 NHL lockout.

Burkle has invested in technology startup companies through A-Grade Investments.

In 2012, Burkle invested in Artist Group International, a concert booking firm whose clients include Billy Joel, Metallica, and Rod Stewart.

How Does Ron Burkle Spend His Money?

Burkle owns a home in California. His home comes with 9 bedrooms, 13 bathrooms cliff-top oceanfront estate is located on a 5.5-acre property in La Jolla Farms, one of the most affluent and exclusive enclaves in all of California.

Burkle has helped charities such as The Scripps Research Institute, The Carter Center, the National Urban League, Frank Lloyd Wright Building Conservancy, and AIDS Project Los Angeles. In 1997, he donated $15 million for the construction of Walt Disney Concert Hall.

Here are some of the best highlights of Ron Burkle’s career:

“It doesn’t serve the team any purpose or me any purpose to have a high profile. Mario is the hockey guy, and he’s the Pittsburgh guy, and he’s also an incredibly nice and easy-going person and everything.” – Ron Burkle

“I thought we were headed in the wrong direction because Mario, like almost everybody who’s got an incredible talent – whether it’s in business and you’re a great operator or whether it’s as a great player – when they get in the top position, they tend to lean on the CFO a lot.” – Ron Burkle

“In all investing, and maybe in general, things swing to extremes. In the late nineties, when we had a lot of supermarkets, and I was chairman of the executive committee of Kroger. I just thought multiples were tight, and nobody was paying attention to Wal-Mart.” – Ron Burkle

“I was 13 years old, and everyone had a 15,000-square-foot store. Everyone paid the same, sold the same, and had the same. All the same ingredients. But some guys made a penny on the dollar, and some guys made six cents.” – Ron Burkle

Now that you know all about Ron Burkle’s net worth and how he achieved success; let’s take a look at some of the lessons we can learn from him:

Supermarket companies are big logistics companies, and one of the ways we’ve increased profitability in the past is by re-evaluating how they do logistics.

2. Never Give Up On Your Dreams

Burkle started out as a box boy. You know, he didn’t go to college, and he did well in supermarkets.

Accept that not only success will come your way, but also failures, and that’s a part of the journey to becoming successful.

How much is Ron Burkle worth?

Ron Burkle’s net worth is estimated to be $2 Billion.

How old is Ron Burkle?

How tall is Ron Burkle?

Ron Burkle is an American businessman who was born in Pomona, California.

Burkle started as a bag boy at his father’s supermarket. After dropping out of college, he started the private equity firm  Yucaipa Companies and the Ronald W. Burkle Foundation.

Burkle has been the chairman of the board for Alliance Entertainment, Dominick’s, Fred Meyer, Ralphs, and Food4Less.

He has helped finance Al Gore’s Current TV network. Burkle is co-owner of the NHL team, the Pittsburgh Penguins, along with Mario Lemieux.

What do you think about Ron Burkle’s net worth? Leave a comment below.