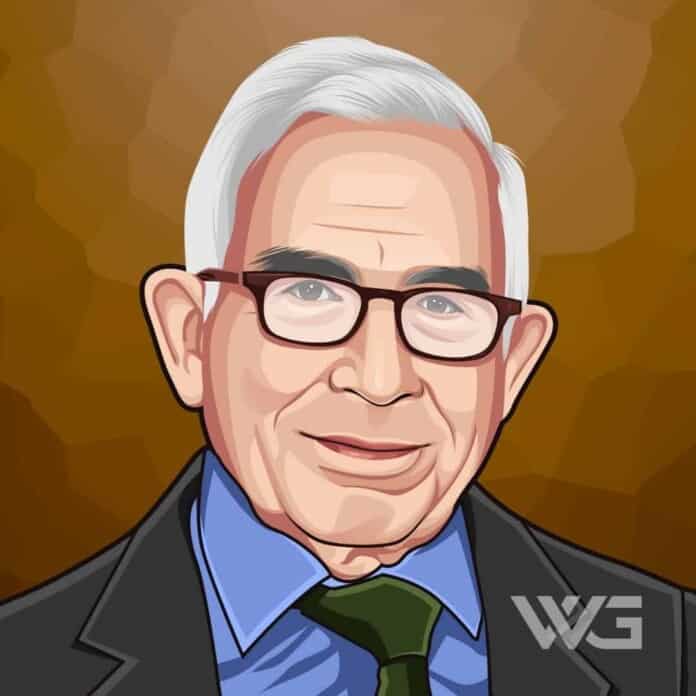 What is Donald Newhouse’s net worth?

Donald Newhouse is an American billionaire heir and business magnate.

Newhouse owns Advance Publications, founded by his late father in 1922, whose properties include Condé Nast, publisher of such magazines as Vogue, Vanity Fair, and The New Yorker.

It also includes dozens of newspapers across the US including The Star-Ledger, The Plain Dealer, and The Oregonian, cable company Bright House Networks, and a controlling stake in Discovery Communications.

As of December 2022, Donald Newhouse’s net worth is roughly $15 Billion.

Donald Edward Newhouse was born on the 30th of November, 1929, in New Jersey.

His father, Samuel Irving Newhouse Sr., was born on the Lower East Side of Manhattan and began the family media business.

His mother, Mitzi Epstein, was an arts patron and philanthropist who grew up in an upper-middle-class family on the Upper West Side, the daughter of a silk tie importer.

While the name “Advance Publications” might not be familiar to you – it’s a sure bet that you are familiar with at least one if not several of the subsidiaries and publications that fall under its control.

These include many newspapers covering all parts of the United States, magazines like The New Yorker, Vogue, and GQ, Florida cable and internet company Bright House Networks, and the hugely popular website Reddit.

Among Newhouse’s honors is his current spot on the Forbes magazine list of the richest people in America. As of this writing, he holds the 132nd spot on that list, and it’s all thanks to the media empire started by his father Samuel back in 1922.

In 2020, Newhouse donated $75 million to the S.I. Newhouse School of Public Communications at his Alma mater Syracuse University. The communications school is named after his father, Samuel Irving Newhouse Sr.

The following year, it was announced that he and his wife Susan would launch a fund at the Association for Frontotemporal Degeneration with a $20m donation, the largest donation in the charity’s history.

How Does Donald Newhouse Spend His Money?

Donald Newhouse has spent some of his money on real estate and charity work.

Newhouse has donated$20 million to Combat Dementia and Association for Frontotemporal Degeneration.

Here are some of the best highlights of Donald Newhouse’s career:

“Andy Stasiuk was a newsman of the old school of front-page journalism – tough, knowledgeable, cynical, single-minded, and fun. He covered the news as a happy warrior in an era of cutthroat editorial competition.” – Donald Newhouse

“I have never lived through any time in my career when there haven’t been grave challenges facing newspapers.” – Donald Newhouse

Now that you know all about Donald Newhouse’s net worth and how he achieved success; let’s take a look at some of the lessons we can learn from him:

You need nothing but determination and grit to pursue the knowledge and resources you need to be successful.

We never know when we will no longer be here, so enjoy the moment right now.

Happiness has nothing to do with external factors. It is a result of what’s going on within us and being grateful for who we are.

How much is Donald Newhouse worth?

Donald Newhouse’s net worth is estimated to be $15 Billion.

How old is Donald Newhouse?

How tall is Donald Newhouse?

Donald Newhouse is the billionaire owner of Advance Publications, one of the richest people in America.

As of December 2022, Donald Newhouse’s net worth is estimated to be $15 Billion.

What do you think about Donald Newhouse’s net worth? Leave a comment below.