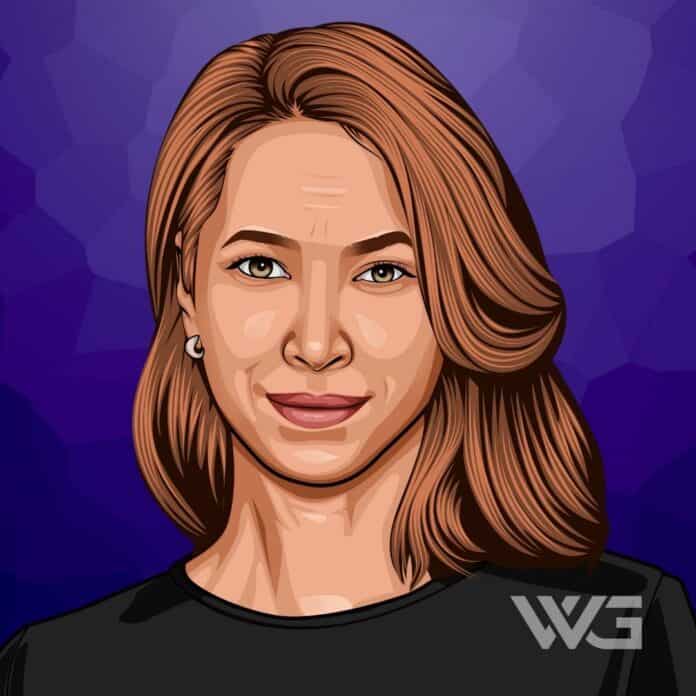 What is Christy Turlington’s net worth?

Christy Turlington appeared in numerous magazines and advertising campaigns as a supermodel, starting her career in 1983.

While she is still actively modeling today, she also moonlights as a writer and has released her own skincare and clothing lines.

As of November 2022, Christy Turlington’s net worth is estimated to be $40 Million.

Her mother was a flight attendant from El Salvador, and her father was a pilot for Pan American World Airways.

When she was riding a horse in Miami, Florida, where her father was working as a training captain, she was discovered by a local photographer.

While attending Monte Vista High School, Christy began modeling after school when she was 14 and continued until she was 16.

Later, she continued her studies at the Columbia University School of Public Health while taking as many modeling jobs as she could.

Turlington also appeared in two music videos, one for Duran Duran and one for George Michael, that was later shown at his 2008 concert.

In George Michael’s video, she was featured with Cindy Crawford, Tatjana Patitz, Linda Evangelista, and Naomi Campbell, the five models who were featured on the 1990 British Vogue cover.

In 2008, Turlington landed a place on one of the 14 covers of V Magazine, with each cover showing a headshot of a famous model, and the following year she was featured in the Bally spring/summer campaign.

Aside from her modeling career, Turlington is also a director, having made her debut with her documentary No Woman, No Cry in 2010.

She has also founded her own non-profit, Every Mother Counts, geared towards making childbirth safe for every mother.

Christy Turlington hasn’t yet become one of the richest models in the world, but she has certainly earned a decent-sized fortune in the industry.

Unfortunately, information about her annual salary has never been made public, though we do know a bit about how she accumulated her wealth.

All of these projects and ventures have helped Christy Turlington grow her net worth into something remarkably substantial.

Christy Turlington met actor Edward Burns at a party in the Hamptons, and by the end of the year, the pair were engaged.

In 2002, just months after buying an upscale property in New York, the pair split up but managed to reconcile, tying the knot officially in 2003.

Turlington practices yoga three times per week and even authored a book about it titled Living Yoga: Creating A Life Practice in 2002.

As a supermodel, Christy Turlington has achieved a lot throughout her successful modeling career.

While all of her accomplishments have been important, some are more noteworthy than others.

Here are some of the most significant honors from Christy Turlington’s career:

Her name may not be as synonymous with modeling as Heidi Klum, but Christy Turlington has certainly left a lasting mark on the modeling industry.

How Does Christy Turlington Spend Her Money?

While information about Christy Turlington’s spending habits is scarce, we do know that in 2010 she traveled the world to film her documentary, No Woman, No Cry, on her own dime.

The 60-minute film is meant to shed light on maternal health, and Turlington focused on four specific cases in Bangladesh, Tanzania, Guatemala, and the United States.

All of the travel and filming couldn’t have come cheap, and while we don’t know exactly how much Turlington spent on this venture, we expect it was in the millions.

Following the release of her documentary, Turlington also launched her own non-profit, Every Mother Counts, an organization dedicated to making pregnancy and childbirth safe across the world.

Christy Turlington has made a name for herself as much more than a pretty face, and she’s reached some very impressive milestones during her career.

Despite her entire career being filled with success, some points have stood out significantly more than others.

Here are some of the best highlights of Christy Turlington’s career:

Christy Turlington may have done a lot during her career, but these are the moments that stand out the most for their overall impact on her fame and wealth.

Christy Turlington may be best known as a pretty face, but her business sense and natural intelligence are something that can’t be denied.

As a humanitarian, Turlington has spoken out often about raising awareness for causes that need it and used her platform to do a lot of good.

Here are our favorite quotes from Christy Turlington:

There are many things we can learn from Christy Turlington and her long career in the spotlight.

Now that you know all about Christy Turlington’s net worth, we can look at what she can teach us about finding our own personal success.

Here are some of the best success lessons to learn from Christy Turlington:

1. Give Back When You Can

If you’re in a position to give back and help people who need it most, you absolutely should.

Not only will it make you feel good, giving you a solid motivation boost, but it can be just the thing someone else needs to jumpstart their own goals.

2. One Man’s Kilimanjaro Is Another Man’s Everest

Don’t be discouraged if you can’t reach the same heights others have, because everyone’s journey is unique to them, and you just have to focus on your own path.

Don’t be a fish trying to climb a tree; hone your personal skills and build your own personal brand of success.

3. Live In The Present

Having a plan for the future is essential, but if you hyperfocus on that big picture too much, you miss all the small details going on around you.

Reminding yourself to stay mindful of the here and now is something you should try to do each and every day.

Christy Turlington has made a name for herself as a supermodel and a humanitarian activist.

While she isn’t as active in modeling as she used to be, Turlington is still making waves with her activism and non-profit ventures.

Make sure to check back often to stay updated on any changes impacting Christy Turlington’s fortune!

As of November 2022, Christy Turlington’s net worth is estimated to be $40 Million.

What do you think about Christy Turlington’s net worth? Leave a comment below.