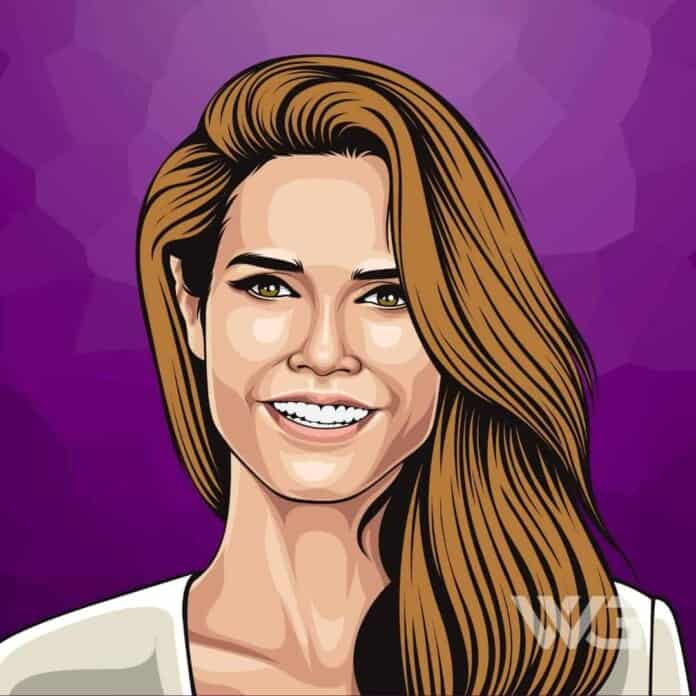 What is Heidi Klum’s net worth?

Throughout her career as a model, she has appeared on the multiple magazine covers and catwalks. She appeared on the cover of the Sports Illustrated Swimsuit Issue and in 1999 was the first German model to become a Victoria’s, Secret Angel.

Heidi Klum was born on the 1st of June, 1973, in Bergisch Gladbach, Germany. Klum is the daughter of Erna and Günther Klum. She got into modeling thanks to her friend that enrolled her into a national modeling contract worth $300,000 by Thomas Zeumer, CEO of Metropolitan Models New York.

After winning, she appeared on the Gottschalk Late Night Show, a German television show with host Thomas Gottschalk.

She accepted the contract a few months later after graduating from school and decided not to try for an apprentice position at a fashion design school.

Klum began her modeling career in 1993 when she moved to New York. The following year she appeared on the cover page of Mirabella magazine. In the subsequent years, she became the cover model for magazines like ‘Marie Claire’, ‘ELLE’, and ‘Vogue’.

Her big major breakthrough came in 1998 when she appeared on the cover of the illustrious weekly magazine, ‘Sports Illustrated’. This gave her recognition as one of the topmost models. In 1999, she was offered the chance of modeling for Victoria’s Secret, the largest American lingerie retailer.

She pursued a career in Hollywood and made her appearance in television sitcoms in the United States and Germany. In 2001, she appeared in ‘Blow Dry’, a comedy film starring Alan Rickman and Natasha Richardson.

In 2004, she managed to get roles in films like ‘Ella Enchanted’ and ‘The Life and Death of Peter Sellers’. The same year, she became the executive producer and hostess for ‘Project Runway’.

In 2013, she was offered the opportunity to judge ‘America’s Got Talent’, a reality television show for singers, dancers, comedians, and magicians. She has also designed and released products for maternity lines, jewelry collection for QVC, and active women wear for New Balance.

Here are some of the best highlights of Heidi Klum’s career:

“I actually wanted to be a fashion designer. I did a lot with the sewing machine at home – – for Barbie or for carnival or just for fun. Then I saw this ad in the newspaper. And as young girls sometimes do some stupid things, I filled in the coupon and sent in my photos.” – Heidi Klum

“I never really have any major resolutions. I do try to be a good person, to be a good mom, to be a good wife, I don’t really start the year off on January 1, ‘Oh, I am now going to make a big change.’ I try every day when I wake up to be good to the people around me.” – Heidi Klum

“I’m never uncomfortable being naked. I don’t have a problem with my body.” – Heidi Klum

“A sense of duty – you only really get this feeling when you have a child. You always only used to be responsible for yourself and then there is also a child.” – Heidi Klum

Everyone has a view of what’s pretty and what’s not pretty, and [plastic surgery] just doesn’t look pretty to me.

Now that you know all about Heidi Klum’s net worth, and how she achieved success; let’s take a look at some of the lessons we can learn from her:

1. Don’t Be Afraid to Switch Up Your Hair and Makeup

When Klum chopped off her locks last year, she explained on The Tonight Show With Jay Leno it was because, “I got bored, as we all do every once in a while as girls, so I chopped it off! I grow it, I cut it. Some people never change their hair and it works for them. For me, I get bored.”

2. Do What’s Good For Your Body

Jogging helped the supermodel regain her fit figure after giving birth to her daughter, Lou. “I don’t love running,” she told Us, “but I do like to see everything getting tighter and toned. I eat healthily, and I try to stay away from carbs.

3. Don’t Take Yourself Too Seriously

Each year, the Project Runway host and her husband, Seal, 48, throw a huge Halloween bash where she especially pulls out all the stops for her costume. Last year she dressed up as an eight-foot-tall robot (complete with stilts!) and in 2008, she went as Hindu goddess Kali.

How much is Heidi Klum worth?

Heidi Klum’s net worth is estimated to be $160 Million.

How old is Heidi Klum?

How tall is Heidi Klum?

Heidi Klum is one of the most popular models of all time. Apart from being a model, she also explored her talent in acting and has made appearances in films like ‘Blow Dry’ and ‘Ella Enchanted’. She has also made her appearance in television sitcoms like ‘How I Met Your Mother’, ‘Yes, Dear’, ‘Spin City’ and ‘Sex and the City’.

As of February 2023, Heidi Klum’s net worth is approximately $160 Million.

What do you think about Heidi Klum’s net worth? Leave a comment below.

José Aldo is one of the greatest featherweight fighters in UFC history, allowing him to become one of the richest fighters overall.