For the first fifteen years of my life, I had no problems in my social life.

I was never very outgoing, but I always had friends around and felt confident in my social group. I never felt alone or incapable of interacting with others. I took my social prowess for granted; I didn’t know it was possible to lose the ease with which I connected with others.

Unfortunately, things took a very unexpected turn a few months ago. I lost two friendships in my life and took the blow very hard. As a result of feeling friendless due to unfortunate circumstances, I took the blame onto myself and started to see myself as an unlovable, unworthy person who didn’t have friends through a fault of my own.

Soon after losing my friends, I started avoiding social interaction altogether. I sat alone at lunch with my computer, pretending to do homework to avoid having to find a new group of kids to sit with.

I no longer looked for social opportunities, but still felt surprised when I wasn’t invited to hang out with people, which only exacerbated the problem.

More and more, I started losing motivation and enjoyment in things related to my social and academic life. In short, I became depressed, and effectively isolated myself from everyone around me.

Isolation is a vicious cycle: we isolate ourselves because we don’t want to be hurt by others who might find us unlovable, but we are hurt even more when we find ourselves alone.

Shutting people out isn’t only a mental decision; our actions, body language, and tone of voice reflect our attitude to others. We are left alone, to our constant relief and sorrow: we aren’t being hurt, but we aren’t being loved or accepted either.

We soon learn that being alone is worse than interacting with others, even when there is a risk of being hurt or abandoned.

As social animals, we can’t live our lives in shadow, hiding from interaction. Loneliness is unsustainable and destructive. I learned this after about a month of isolating myself.

Recognizing that isolation is unhealthy is important, but it certainly doesn’t win the battle against depression on its own. The real struggle in fighting depression and isolation is figuring out how to combat it.

This, of course, is easier said than done- once you’ve isolated yourself, you’ve dug a hole, and getting back out is much harder than getting into it.

Here are a few ways in which I overcame my tendency to push others away, and how you too can stop isolating yourself from other people.

1. Identify the root cause of your isolation and determine why you view yourself as unworthy/incapable of interaction.

What is it about being social that scares you?

Did you lose a friend or get in a traumatic argument that made you believe you will only be hurt or abandoned if you get close to people? Consider the thoughts that run through your head as you interact with someone.

When I pushed others away, it was because I constantly told myself that no one would like me.

I was convinced that I would be abandoned by anyone I tried to talk to because no one would want to hold a conversation with me. It was frankly ridiculous; in the past, I had been well-liked and approached for advice and light conversation by many people.

It took a long time, but I finally gained the awareness of these thought patterns and was able to shut them down. I addressed each thought and learned to dismiss them as they entered my head as false.

This is not a change that can happen overnight, but simply becoming aware of each thought can make the difference between healing and a further spiral into depression. 2. Try to reconnect with an old friend or someone you haven’t spoken to since before you began to shut others out.

Once you identify the cause of your isolation and address it, you can reconnect with people again.

I’m a rather reserved person by nature, and meeting new people is a stressful activity for me.

I wanted to talk to people who weren’t aware of my depressed attitude during my depression, but forming entirely new friendships was out of the question in my emotional state.

Instead, I approached people who I’d talked to often in the past, and didn’t feel stressed saying hello to.

At the same time, these people were close to me long enough ago that they weren’t aware of my emotional state and didn’t try to leave me alone because I’d given them signals.

As a high school-er, I picked a few kids from my classes the previous year. You can pick old coworkers, neighbors, or even college friends to reconnect with. Even if the process is digital, it’s a great first step in learning how to reopen yourself to relationships and interactions in a safe, non-stressful environment.

3. Talk to a trusted person about your isolation.

This step was extremely difficult for me, because I thought of my depression as shameful and a place of weakness. I thought that being honest about my problem was the surest way for me to be abandoned.

Eventually my one remaining friend confronted me about my sadness and antisocial behavior, and I told her how I had been feeling. I explained how losing my other friends had affected me and how I began thinking poorly of myself.

I told her that I knew it was stupid and ridiculous, but it was hard to change the way I perceived interactions and myself.

My friend was gentle with me, but told me that I really was delusional and my belief that I was unlovable was completely a figment of my imagination. Hearing this from someone close to me was perhaps the most powerful thing in helping me heal.

Find someone you trust and feel close to and let them know how you’re feeling.

If they truly do care about you (and someone does, I promise!) they will tell you that you are wrong about yourself. It’s important to tell yourself that you’re being ridiculous, but hearing it from someone else can have a much greater and more healing effect.

After all, if another person is convincing you that you are worthy of their attention, they must be telling the truth to be talking to you at all. Once again, learning to reconnect with people after depression and antisocial behavior isn’t easy. It takes time, tears, and a lot of self-reflection. The process may seem tedious, but there is no short cut to healing for any illness, especially mental ones.

Keep your head up, trust yourself to have positive relationships, and remember: if you are human, you deserve love.

This is a fact. Things will get better before you know it.

Are you trying to stop isolating yourself from others? Has this article helped you? 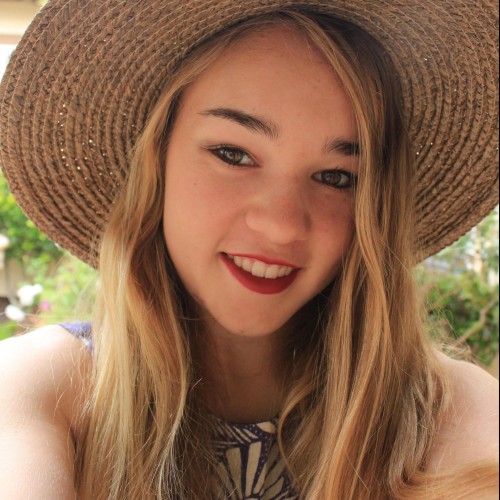 Avery Rogers
Avery Rogers is a high-school student from California. She blogs at plutosjournal.com, where she shares her fiction writing and writes about self-help, art, knowledge, her personal life, and random things she finds interesting. She hopes to be a neuroscientist, globally-conscious entrepreneur, or novel writer when she grows up, in addition to having a couple of kids she adores.