What is Sting’s net worth?

Sting is an English musician and actor.

He was the lead singer and bassist of the wave rock band the Police from 1977 to 1984. Sting launched a solo career in 1985 and has included elements of rock, jazz, reggae, classical, new-age, and worldbeat in his music. As a solo musician, he has received 17 Grammy Awards, and he won “Song of the Year” and “Best British Male Artist” in 1994.

Gordon Matthew Thomas Sumner was born on the 2nd of October, 1951, in England. Sumner is the eldest of four children of Audrey and Ernest Matthew Sumner. He grew up near Wallsend’s shipyards.

Growing up, Sumner was inspired by the Queen Mother waving at him from a Rolls-Royce to divert from the shipyard prospect towards a more glamorous life. He helped his father deliver milk, and growing up, he was obsessed with an old Spanish guitar that was left by an emigrating friend of his father.

In 1977, Sting moved to London and formed The Police with Stewart Copeland and Henry Padovani. Their debut album, ‘Outlandos d’Amour,’ was released in 1978. The album featured the songs ‘Roxanne’ and ‘Can’t Stand Losing You’.

The song ‘Message in a Bottle’ was certified Gold in the U.K, and their next three albums ‘Zenyatta Mondatta,’ ‘Ghost in the Machine,’ and ‘Synchronicity’. It had singles such as ‘Don’t Stand So Close to Me,’ ‘Every Little Thing She Does Is Magic,’ ‘Every Breath You Take,’ and ‘Wrapped Around Your Finger.’

In 1993, Sting teamed up with Bryan Adams and Rod Stewart to record the track ‘All for Love’ for ‘The Three Musketeers’ soundtrack. It reached the first spot on the charts in Australia, Germany, Italy, Ireland, Switzerland, and the U.S.

In 2000, he earned his first Academy Award nomination for ‘My Funny Friend and Me’. In 2009, he appeared as himself in the films ‘Brüno’ and ‘Still Bill,’ and he followed suit with the TV series ‘Life’s Too Short’ in 2011.

Sting earned a Tony nomination for “Best Orginal Score” for his musical ‘The Last Ship’ in 2015. In 2019, he announced that he would begin a residency at The Colosseum at Caesars Palace, ‘My Songs: The Las Vegas Residency.’

How Does Sting Spend His Money?

Sting and his wife’s main home are Lake House which is a 16th-century manor house located in Wiltshire. The couple purchased it in 1990 and have lived there ever since.

It’s set in an 800-acre estate and features everything from its own recording studio to a wine cellar and an organic farm.

Sting likes to drive fancy cars, and one of his cars includes a Toyota Prius.

Here are some of the best highlights of Sting’s career:

“I don’t think happiness is necessarily the reason we’re here. I think we’re here to learn and evolve, and the pursuit of knowledge is what alleviates the pain of being human.” – Sting

“Humans make the mistake of believing that it is their right to survive. Species die out on this planet all the time without anyone noticing. The planet will still be there, and we must lose this attitude of divine right, that something will save us.” – Sting

“I think the labyrinth is an interesting metaphor for our lives as musicians. We’re always being drawn toward the center of it because that’s where the mystery is. What is music? It’s a journey.” – Sting

“I don’t belong to a church or political party or a group of any kind. I feel that Amnesty International is the most civilized organization in history. Its currency is the written word. Its weapon is the letter; that’s why I am a member. I believe in its non-violence; I believe in its effectiveness. Its dignity and its sense of commitment.” – Sting

“I see songs, not as a commodity used up when the album goes off the charts, which is often the case with pop songs. I see them as a body of work. Life should be breathed into them.” – Sting

Now that you know all about Sting’s net worth and how he achieved success; let’s take a look at some of the lessons we can learn from him:

It takes a man to suffer ignorance and smile.

One of the rewards of success is freedom, the ability to do whatever you like.

You have to be yourself. Stay true to who and what you are. And if people still like you, that’s great! If they don’t, that’s their problem.

He is best known for being a member of The Police. Throughout his career, he has released five studio albums. Their album ‘Synchrinucity’ went 8x Platinum in the U.S was inducted into the Grammy Hall of Fame. He has sold more than 100 million records.

What do you think about Sting’s net worth? Leave a comment below. 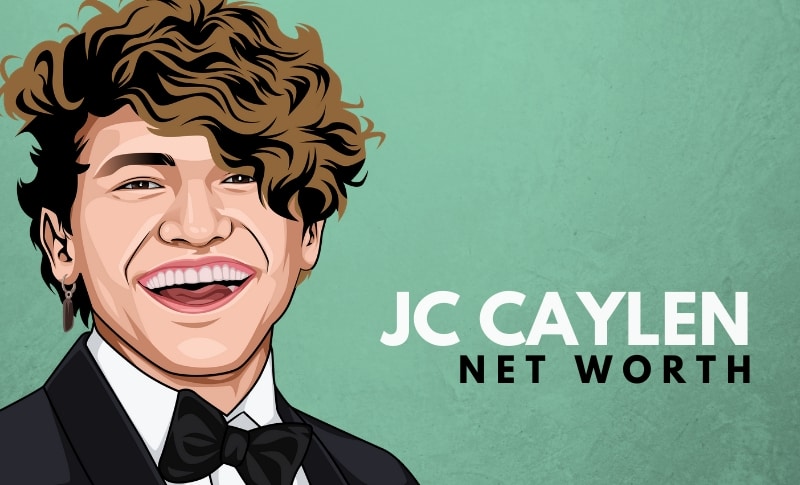