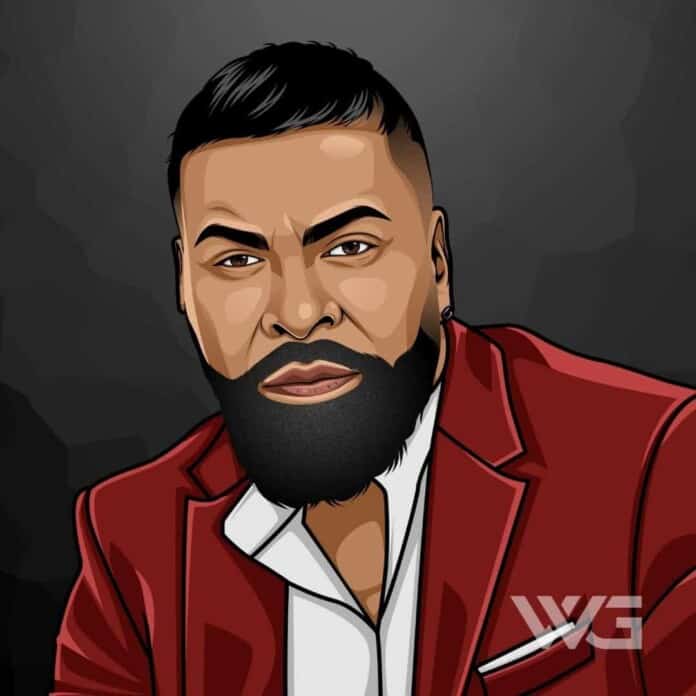 What is Ginuwine’s net worth?

Ginuwine is an American R&B singer, dancer and actor.

He started his career as a member of Swing Mob in the early 1990’s. He signed to Epic Records as a solo artists in the mid 1990’s. Ginuwine has dropped a big number of multi-platinum and platinum-selling albums and singles, becoming one of R&B’s top artists during the late 1990s and early 2000s.

Ginuwine started his career as a member of Swing Mob. He then met Missy Eliott, Stephen Garrett, and Timbaland, who became his main collaborators.

His sixth album, ‘A Man’s Thoughts’ was dropped in 2009. It has guest appearances from Brandy, Missy Elliott, Bun B, and Timbaland.

He announced in 2008, that due to label and legal issues he would not be able to release an official ‘TGT’ album. He introduced producer MELROG and rapper Young Knight on the ‘Back 2 Da Basics’ album.

According to Billboard, he has sold 10 million albums in the US. Ginuwine received the Urban Music Icon Award at 2021 Black Music Honors.

Here are some of the best highlights of Ginuwine’s career:

“See, everything in show business is a lie. It ain’t all it’s cracked up to be. You are in situations where you are forced to think that you are better than everybody else because of the pedestal the fans place you on. It’s a lie. This is just a job, a high-profile job. You have to keep that in perspective and not get caught up in the hype.” – Ginuwine

“With me and Timbaland, we would always be at the studio, but working separately. He would be doing his thing with the beats and I would be doing my thing writing and then we would both come together and say ‘OK, you add this to it and I’ll add that to it.'” – Ginuwine

“When people come to see me, they’ll see what they know me for. Hits from the past, but I always mix in a little something new. New stuff. Old stuff. It creates a great show. There’s a lot of crowd participation. A lot of interaction and energy. That’s what I do best.” – Ginuwine

“Well, the first record is something that you just put so much into. And the second record, people always talk about the sophomore jinx and everything, but I was still able to get through it and still focus on what I needed to do and make timeless music.” – Ginuwine

“It’s always good to have friends, but it’s really about family. When you’re younger, that isn’t always clear. With friends, it’s about going out and kicking it. You learn that’s not where it ends up.” – Ginuwine

Now that you know all about Ginuwine’s net worth and how he achieved success; let’s take a look at some of the best lessons we can learn from him:

When you’re doing good, everybody praises you. But when everything’s all gone, a lot of people are nowhere to be found. So you always just believe in yourself, do it yourself, and you won’t be let down.

Ginuwine reminds himself to stay down to earth so he can keep in touch with his audience.

Once you put your mind to something, your mind is very strong.

How much is Ginuwine worth?

Ginuwine’s net worth is estimated to be $1.5 Million.

How old is Ginuwine?

How tall is Ginuwine?

Ginuwine is an American singer and songwriter. Ginuwine has dropped many studio albums that have been certified Platinum.

He was one of the R&B’s most loved men during the 1990s. He has a substantial female following, and this made him a regular presence on the backside and R&B charts.

What do you think about Ginuwine’s net worth? Leave a comment below.