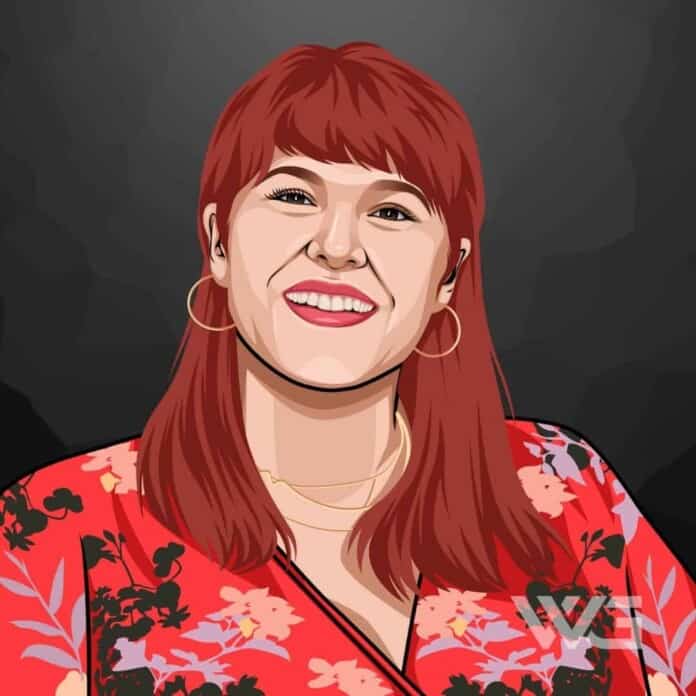 What is Jenny Ryan’s net worth?

Jenny Ryan is an English quizzer and one of the five chasers on the ITV game show ‘The Chase’. Ryan has also appeared in the spin-off quiz show ‘Are You An Egghead’.

As of February 2023, Jenny Ryan’s net worth is estimated to be $4 Million.

Jenny Alexis Ryan was born on the 2nd of April, 1982, in Bolton. Her first quiz show appearance was on University Challenge, helping the University of Leeds to reach the semi-finals in 2003.

She found further success as a member of the team, ‘The Gamblers’, on Only Connect, who won the third series of the show.

Ryan also appeared on Mastermind in 2006, choosing the American television series Buffy the Vampire Slayer as her specialist subject, and featured in both series of the spin-off quiz show ‘Are You an Egghead?’ in 2008 and 2009.

Ryan wrote questions for the pilot episode of ‘The Chase’ in 2009. She joined the show in 2015, making her debut appearance on 2 September.

Her nickname on the show is “The Vixen”, in reference to her red hair and ponytail; Walsh came up with the name and the producers liked it since “vixens are notoriously clever and cunning”. She is also referred to as “The Bolton Brainiac” for her place of birth.

In 2019, Ryan appeared on the 14th series of ‘Celebrity MasterChef’. In October 2019, she began competing in ‘The X Factor: Celebrity’. While she was initially eliminated before the live shows, the heavy criticism from viewers led to her being asked back to join the live shows.

Here are some of the best highlights of Jenny Ryan’s career:

“It’s been a lot of fun. This is the point which it’s got very daunting. It wasn’t so bad recording episodes and trying to get into the swing of things, but now it’s out in the open and you get to see people’s reactions it’s a little bit scary!” – Jenny Ryan

“Well actually the first person I had a good chat with about nicknames was Bradley, and he said that he saw me being something predatory – something to do with animals – and he actually asked me: ‘How old do you have to be to be a cougar?” – Jenny Ryan

“I was watching episodes on YouTube or on ITV Player and they thankfully sent me some previously used questions so I was having real Chase questions fired at me by family members. So that’s been the best practice really.” – Jenny Ryan

“Yeah! One of my previous incarnations is as a question writer, so I’d worked on shows like The Weakest Link and a couple of very short-lived ITV series. There was one called It’s Not What You Know with Chris Tarrant, and one called Spin Star which Bradley presented.” – Jenny Ryan

Now that you know all about Jenny Ryan’s net worth, and how she achieved success; let’s take a look at some of the best lessons we can learn from her:

If you insist on being determined by the past, that’s your game, but the fact of the matter is it all starts right now.

Life is perhaps most widely regarded as a bad dream between two awakenings, and every day is a life in miniature.

Art and religion first; then philosophy; lastly science. That is the order of the great subjects of life, that’s their importance.

How much is Jenny Ryan worth?

Jenny Ryan’s net worth is estimated to be $4 Million.

How old is Jenny Ryan?

How tall is Jenny Ryan?

Jenny Ryan is a British quizzer and television personality who is best known for being a chaser on the ITV game show ‘The Chase’ with Mark Labbett, Anne Hegerty, Shaun Wallace, and Paul Sinha. Jenny Ryan has made appearances on several quiz shows including ‘Fifteen to One’ and ‘The Weakest Link’.

What do you think about Jenny Ryan’s net worth? Leave a comment below.