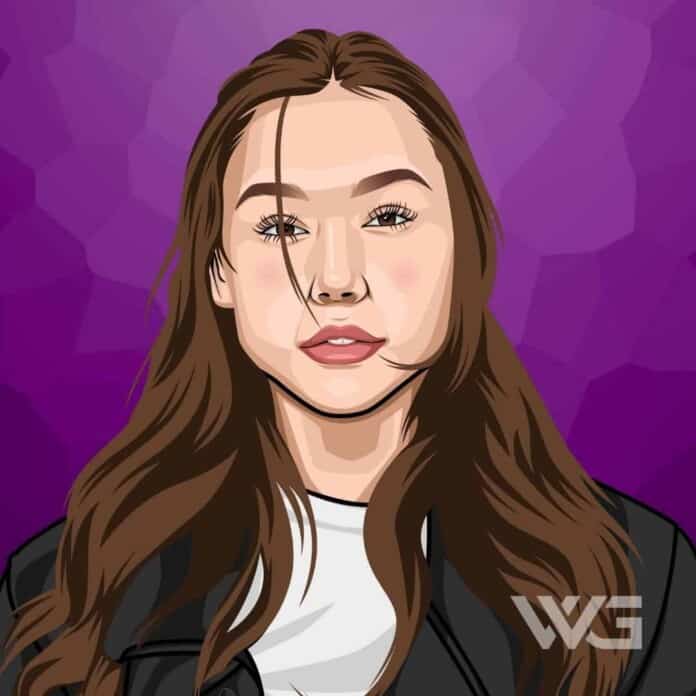 What is Alexis Ren’s net worth?

As of November 2022, Alexis Ren’s net worth is estimated to be $3 Million.

Alexis Ren is an American Internet celebrity and model from Santa Monica. She has worked with several brands such as Forever 21 and Tobi. She is one of social media’s most famous models.

She was about 13 years old when she first approached with a modeling opportunity.

Ren began her modeling career at the age of thirteen after signing a deal with Brandy Melville. For a year she freelanced as a model for small projects until Nous Model Management signed her when she was 14 years old and was immediately booked for an ad with ‘Seventeen’ magazine.

She wasn’t that famous until she posted on Tumblr about a photoshoot with Lucas Passmore at sixteen. Overnight, her Instagram account began bursting with followers and from a hundred thousand she went to a million followers.

Since then, she has accumulated more than eight and a half million fans, mostly young girls. Thereafter, she worked with ‘We The Urban magazine’, ‘C-heads magazine’ and ‘Nextdoormodel’ magazine.

In 2014, she made her first runway debut at Los Angeles for ‘Sahara Ray Swimwear’. One of her most famous campaigns has been Calvin Klein’s “Put It On, Take It Off’ video and in 2015 she made it to Surfing Magazine’s swimsuit issue.

Here are some of the best highlights of Alexis Ren’s career:

“There have been so many amazing accomplishments that I’m grateful for. I couldn’t choose just one. I’m very happy where I am in life and I’m excited to see where else it takes me.” – Alexis Ren

“Whatever emotion the photographer wants is usually what’s going through my mind. I don’t usually think of specific things-mostly feelings.” – Alexis Ren

“For the last year it’s been pretty much through the internet/social media, but this year I want to change that. I want to be more involved– I want to give back what they gave me. I have a few ideas.” – Alexis Ren

“Everything and more! I never thought I would feel so at home in a place so far away from my actual home. I’m going to miss Sydney and cherish the memories I made here. I’ll definitely be back soon!” – Alexis Ren

Now that you know all about Alexis Ren’s net worth, and how he achieved success; let’s take a look at some of the strongest lessons we can learn from him:

Life is made up of moments, small pieces of glittering mica in a long stretch of gray cement. It would be wonderful if they came to us unsummoned, but particularly in lives as busy as the ones most of us lead now, that won’t happen.

We have to teach ourselves how to make room for them, to love them, and to live, really live.

2. Never Give Up, You Can Be Really Close To Your Goal

Many of life’s failures are experienced by people who did not realize how close they were to success when they gave up.

Life is all memory except for the one present moment that goes by so quick you can hardly catch it going.

How much is Alexis Ren worth?

Alexis Ren’s net worth is estimated to be $3 Million.

How old is Alexis Ren?

How tall is Alexis Ren?

Alexis Ren is one of the social media’s most famous models. She has earned huge recognition on sites such as ‘Tumblr’ and ‘Instagram’.

In just a few years of her career, she has worked with top management such as ‘Nous Model Management’, ‘Chic management’ and ‘The Lions NY Management’.

As of November 2022, Alexis Ren’s net worth is estimated to be $3 Million.

What do you think about Alexis Ren’s net worth? Leave a comment below.