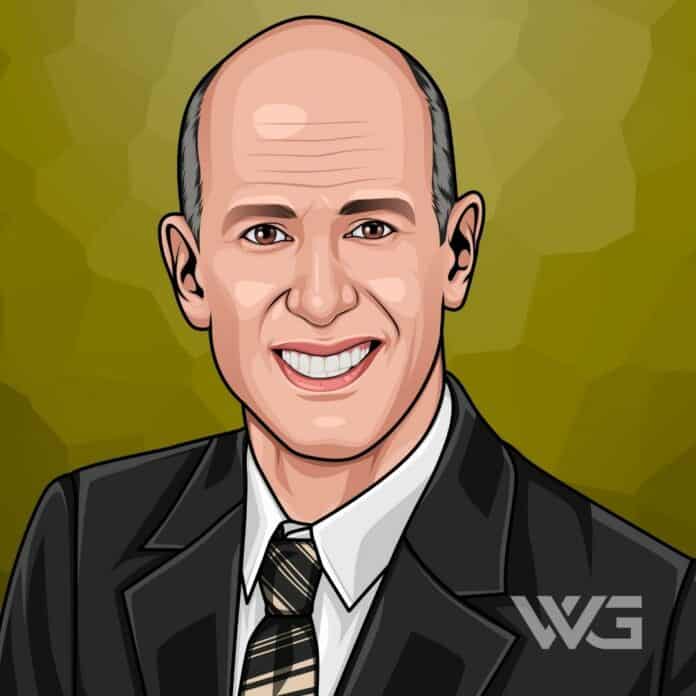 What is Jim Thomas’ net worth?

Jim Thomas is a retired American professional tennis player who succeeded in both the singles and doubles categories with the ATP.

He has defeated some of the most iconic players in tennis, reaching the top 30 world rankings in the doubles’ category.

Jim Thomas was born September 24, 1974, in Canton, Ohio, where he began playing tennis at three.

The youngest of six children, he was raised by his doctor father, and teacher mother, who he says are the most inspirational people in his life.

Growing up admiring Boris Becker and John McEnroe, he played tennis at Stanford University between 1992 and 1996 while earning his degree in American Studies.

Jim Thomas began his professional career in 1996, performing with the ATP in both the singles and doubles categories.

His first tournament as a doubles player was in 2000, where he played with his doubles partner Paul Goldstein on a hard surface in Brighton, England.

Additional wins followed in the United States in 2004, where he partnered with Jordan Kerr at Indianapolis and Delray Beach.

He returned to his partnership with Paul Goldstein in the following years to play against Andy Roddick and Bobby Reynolds but lost their game in 2006.

Over the course of his career, he has won games against players including Andy Murray, Novak Djokovic, and Roger Federer for six ATP doubles titles.

While Jim Thomas has failed to earn as much as the richest tennis players in the world, he’s nevertheless enjoyed admirable income during his career.

His career earnings reached their peak during the early 2000s when he enjoyed several tournament wins in the doubles’ category.

Since his retirement from the sport in 2008, his income is likely to have diminished, although little is known about his post-retirement activities.

Since turning professional in the early 2000s, Jim Thomas will have seen his wealth and assets continue to increase through to his retirement in 2008.

This wealth was increased through his sponsorship deals, although the precise details of such deals are not in the public domain.

His post-retirement work as a coach, along with any other investments he’s made over the years, should help maintain his net worth at its current level.

Jim Thomas prefers to keep much of his personal life out of the public eye, and little is known about his marital status and whether he has any children.

He has a keen interest in national and international politics and works at an equestrian therapy organization for at-risk children.

Thomas prefers to avoid a social media presence, although his official ATP Tour webpage includes everything you need to know about his career achievements.

Jim Thomas has enjoyed several tournament victories over the course of his career, particularly when playing with his doubles partner Paul Goldstein.

This includes six tournament wins in doubles championships between 2001 and 2007.

Here are some noteworthy awards and accolades from Jim Thomas’ career:

While these accomplishments aren’t as impressive as the best tennis players in the world, they’re still evidence of Thomas’ teamwork ability as a doubles champion.

With Thomas now retired from professional tennis, it’s unlikely he’ll be adding to this list of achievements in the future.

How Does Jim Thomas’ Spend His Money?

Little is known about the personal life and investments of Jim Thomas, although it’s known he currently resides in Canton, Ohio.

The city is renowned for being the home of the Pro Football Hall of Fame and notable residents, including actor Nate Torrence and Marilyn Manson.

He has invested his time and money in Victory Gallop in Bath, Ohio, an equestrian therapy organization dedicated to helping at-risk children.

Jim Thomas has enjoyed several career successes over the years, with his most notable accomplishments in the doubles’ category.

His dedication to the sport is reflected in his work with disadvantaged children in his hometown of Canton, Ohio.

Here are some of the best highlights of Jim Thomas’ career:

It’s a modest list of highlights that reflects his rankings in professional tennis over the course of his career.

While he is no longer active in the sport, it’s unlikely we’ll see many more high points in the years to come.

With his many successes in doubles tournaments, Jim Thomas has spoken to the media on several occasions throughout his career.

He’s discussed his early life as a junior tennis player and the coaches and mentors who helped him develop his skills.

Here are our favorite quotes from Jim Thomas:

Now that you know all about Jim Thomas’ net worth let’s see what valuable life lessons we can learn from his experiences.

His many championship wins playing doubles highlights the importance of teamwork and collaboration.

Here are some of the best success lessons to learn from Jim Thomas:

1. Find A Partner You Gel With

Jim Thomas has played with several tennis champions over the course of his career but enjoyed his biggest victories while playing with Jordan Kerr.

Finding someone you click with is essential to the success of any partnership, whether in sports or in business.

Growing up, Thomas was a huge fan of Boris Becker and John McEnroe and eventually got his dream match when he played against the latter in 2006.

3. Take On The Biggest Challenges You Can

Tackle the toughest challenges you can, as it might lead to great success.

So there you have it, our overview of the the singles and doubles tournaments that helped professional tennis player Jim Thomas achieve his net worth.

Since his retirement in 2008, little has been reported about his life and activities, with the former pro preferring to keep a low profile.

That said, his net worth may continue to change in the future, so be sure to check back on this article for any updates to his income.

What do you think about Jim Thomas’ net worth? Leave a comment below.