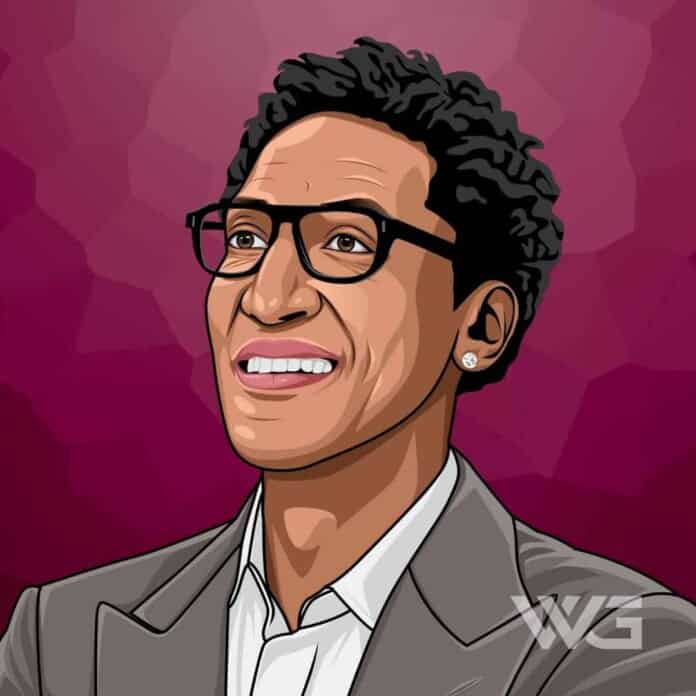 What is Scottie Pippen’s net worth?

As of December 2022, Scottie Pippen’s net worth is roughly $20 Million.

Scottie Pippen is an American former NBA basketball player who played a total of 17 seasons in the NBA.

He has won six NBA championships with the Chicago Bulls. Along with legend Michael Jordan, he is known for being one of the best NBA players in history. He was named the All-NBA First team three times.

Scotty Maurice Pippen was born on the 25th of September, 1965, in Arkansas. Pippen is the youngest child of the 12 children in the family.

His passion for basketball developed at an early age. When he was younger he aspired to make the winning shot in the 7th game of an NBA championship on the same day. He attended Hamburg High School where he played for the school basketball team.

Scottie Pippen was picked by the Seattle SuperSonics in the 1987 NBA draft. The same year, he made his NBA debut against the Philadelphia 76ers.

The following season, Pippen played 73 games, started 56 of those, and scored 14.4 points per game on average. His incredible performance improved and he made his debut appearance in the NBA All-Star Team. Pippen started all the 82 games he appeared in and scored an average of 17.8 points per game.

Pippen once more led the team to the playoffs and they were once again defeated in the Eastern Conference semifinals.

With Jordan’s return prior to the 1995-96 season and the acquisition of two-time champion Dennis Rodman, the Bulls built their team around their three-star players. The team won a total of 72 matches and lost 10, which was an NBA record at the time.

Here are the best highlights of Scottie Pippen’s career:

“It’s going to be great. A lot of the players are coming. I wasn’t here when they put (Jackson) up in the rafters. But to have him here as my number goes up, it brings back a lot of great memories.” – Scottie Pippen

“He’s very knowledgeable. That’s the one advantage that I see in Kobe Bryant’s career compared to Michael Jordan. Ten years into Kobe Bryant’s career, we’re seeing a very polished 27-year-old player who’s probably got another seven or eight great years ahead of him.” – Scottie Pippen

“It’s hard to put it in perspective right now. I’m starting to feel a little emotional about what’s going to happen Friday night. Getting your number put in the rafters is always something that as a kid … you dream of seeing happen to you.” – Scottie Pippen

Now that you know all about Scottie Pippen’s net worth, and how he achieved success; let’s take a look at some of his best lessons that we can learn from him:

Scottie Pippen means that basketball is a lifelong game that you will continue to learn from the game day in and day out.

Once you get a taste of success, it’s a hard thing to turn down.

How much is Scottie Pippen worth?

Scottie Pippen’s net worth is estimated to be $20 Million.

How old is Scottie Pippen?

How tall is Scottie Pippen?

What do you think about Scottie Pippen’s net worth? Leave a comment below.