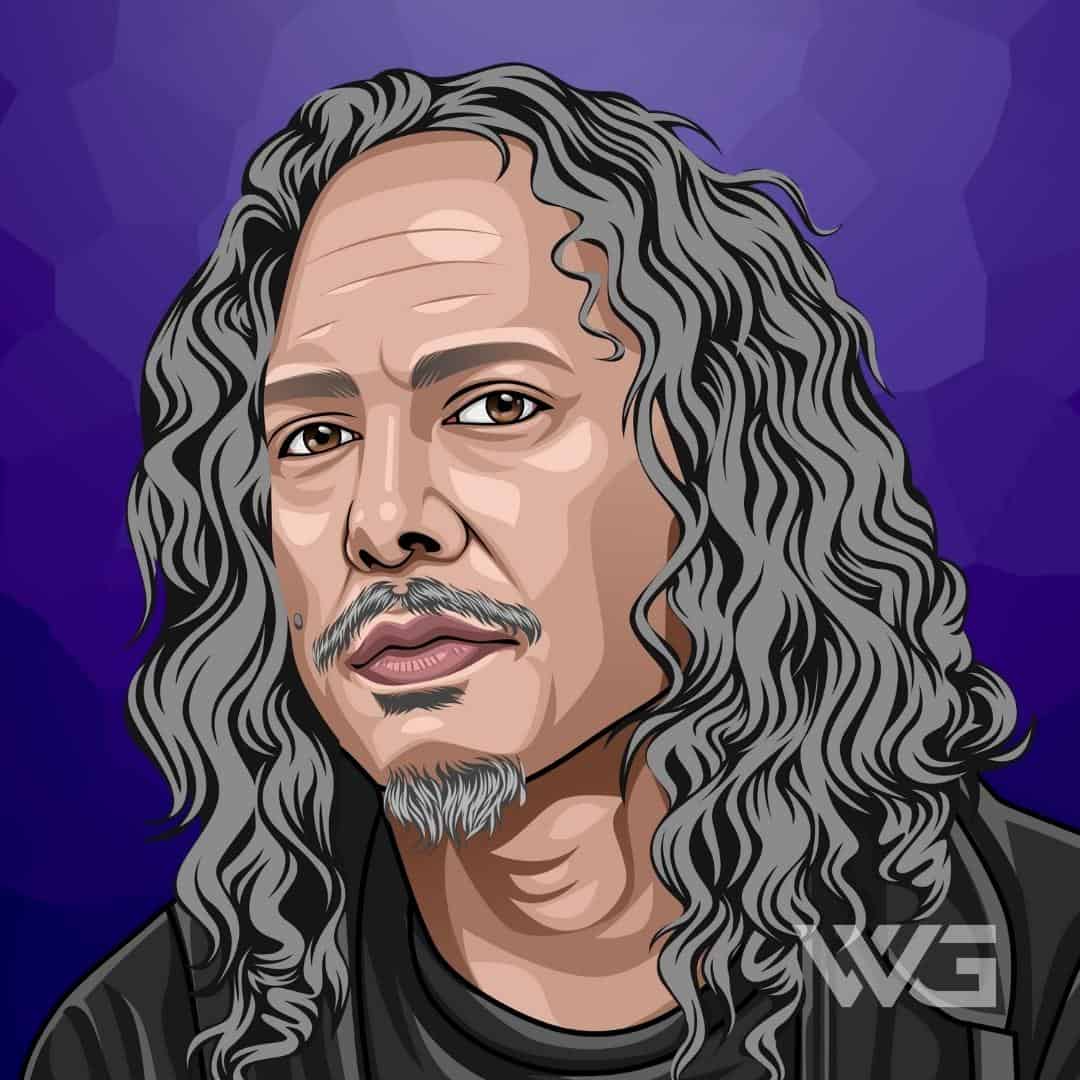 What is Kirk Hammett’s net worth?

Kirk Hammett is an American guitarist and songwriter who is most known for being the lead guitar player in the heavy metal band Metallica.

Hammett has earned a fortune from his musical talents, and he isn’t showing signs of stopping anytime soon.

Kirk Lee Hammett was born on November 18, 1962, in San Francisco, California, and raised in El Sobrante by Teofila Oyao and Dennis Hammett, a merchant mariner.

Hammett attended De Anza High School in Richmond, California, and while at school, he became friends with Les Claypool, the founder and lead singer of Primus.

When he was 15, Hammett started learning to play the guitar, buying a 1978 Fender Stratocaster after listening to his brother’s record collection and becoming inspired.

A year after picking up the guitar, Hammett founded the band Exodus when he was 16, which went on to become a highly influential band in the Bay Area thrash scene.

Exodus and Metallica had played many shows together as up-and-coming bands in the Bay Area, but when Metallica’s original guitar player, Dave Mustaine, started struggling with substance abuse, he was fired and eventually replaced by Hammett.

Kirk Hammett would stay with Metallica for the next three decades as they became one of the most successful rock bands in the world, selling over 125 million records in total.

During his career, Kirk has personally written many classic guitar riffs, including one for “Enter Sandman,” which would go on to become iconic.

While Hammett still regularly tours as a Metallica member, he has also published a book about his love of horror memorabilia and launched his own annual horror convention called Kirk Von Hammett’s Fear FestEvil, which debuted in 2014.

As some of the richest rockstars in the world, all Metallica members earn millions every year, and a majority of this money is earned through tours and merchandise sales.

While we don’t know exactly what Kirk Hammett brings in annually, we do have some information to put his fortune into perspective.

Between his real estate ventures and the money he brings in as the fourth richest Metallica member, it’s safe to say that Hammett is doing very well for himself.

Hammett has been married two times, first to Rebecca Hammett, which lasted three years until 1990, and again in 1998 to Lani Hammett, who he has remained with since.

Throughout his later career, Hammett has been vocal about his substance abuse problems, admitting that he’s become an avid comic book collector to help himself remain sober.

Hammett is active on his official Instagram account, where he posts about shows and some of the most expensive guitars in the world that he owns.

On his official Twitter account, Hammett posts about upcoming tours and shows, as well as interviews that he has done.

Kirk Hammett has received many awards throughout his career as a member of Metallica.

Here are some highlights from Kirk Hammett’s career:

How Does Kirk Hammett Spend His Money?

When he’s not spending money on guitars, Kirk Hammett buys impressive mansions that would make almost anyone jealous.

Kirk Hammett has bought many houses throughout his career, including a large mansion in Pacific Heights for $2.5 million in 1993 and two neighboring homes in Sea Cliff for $5.7 million and $8 million in 2005.

The last house he put up for sale was one of the adjacent homes in Pacific Heights, and it gave fans a look into how lavishly this rock star lives.

Built with a sprawling ocean view, this home has four bedrooms, a huge kitchen, a sunken living room, and a gated outdoor space that keeps it completely private.

While the home was sold in 2018 for $12.8 million, we can only imagine how luxurious his current home is if he was willing to sell this one!

Kirk Hammett has reached many milestones throughout his impressive career, but some are more notable than others.

Here are some of the best highlights of Kirk Hammett’s career:

Although Kirk Hammett is best known for his guitar riffs, he has also said quite a few notable things during interviews that have stood out to fans.

Here are our favorite quotes from Kirk Hammett:

Now that you know all about Kirk Hammett’s net worth, we can look at what his successful career can teach us about achieving our own goals.

Here are some of the best success lessons to learn from Kirk Hammett:

1. Don’t Compare Yourself To Others

No matter who you are, it’s easy to compare yourself to others and think that you’re somehow falling short.

When trying to become successful, this is one of the worst things you can do, as it can stifle your originality and destroy your self-confidence.

Learn to embrace your own strengths and unique abilities so that you can build your confidence and stand out from the crowd.

2. Don’t Put Yourself On A Pedestal

Staying humble is essential no matter what level you’re at, and it can make a huge difference in your perspective.

While it’s good to take pride in your accomplishments, remember not to let it go to your head and never stop working hard even if you feel like you’ve “made it.”

3. Find What Makes You Happy

Whether it’s your work, a hobby, or a side hustle, doing something that makes you happy can help boost productivity and keep you motivated to continue pushing forward.

Even if it’s just a simple break on the weekends, the importance of staying happy while reaching for your goals cannot be understated.

Kirk Hammett is one of the greatest guitar players of all time, and he has earned a considerable net worth for his talent.

While he already has millions in his bank account, since he is still one of the active members of Metallica, we expect that his net worth will continue growing for many years to come.

What do you think about Kirk Hammett’s net worth? Leave a comment below.