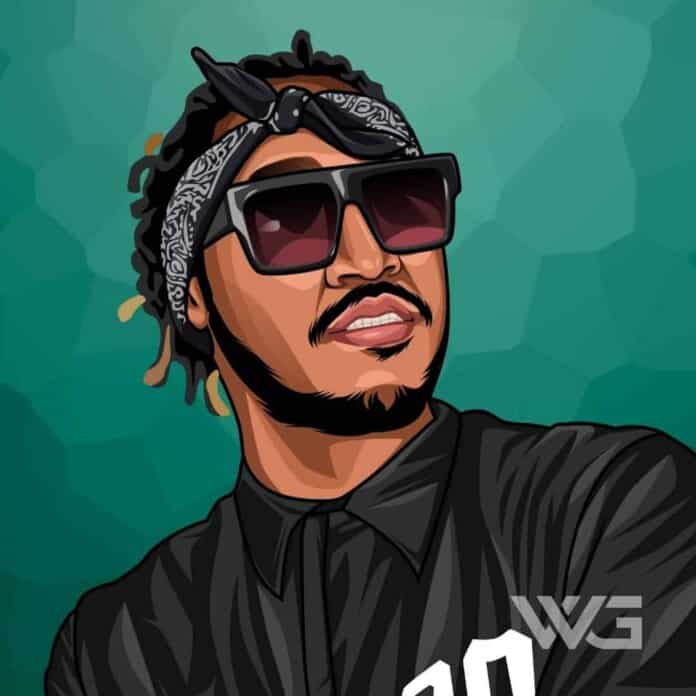 What is Future’s net worth?

As of February 2023, Future’s net worth is estimated to be roughly $40 Million.

Future is an American rapper, songwriter, singer, and record producer from Atlanta, Georgia. He became involved in music when he became a part of the “Dungeon Family” collective.

After the release of his two mixtapes in 2010 and 2011, he signed a major deal with Epic Records and Rocko’s A1 Recordings. Future later dropped his debut album entitled ‘Pluto’ in 2012. His second album, ‘Honest’, was released in 2014.

Nayvadius DeMun Wilburn was born on the 20th of November, 1983, in Atlanta, Georgia. He got his stage name when he was performing as one of the members of the collective “Dungeon Family”.

Wilburn attended Columbia High School and he soon started to collaborate with Atlanta rapper Rocko. Rocko later signed Future to his own label, A1 recordings. Since then, his songs and albums have been played all over the world.

In 2013, Future dropped the mixtape ‘F.B.G.: The Movie’ which featured many different artists that were signed to his Freebandz label including Mexico Rann, Young Scooter, and Slice9.

In 2015, he came up with his next album entitled ‘DS2’. He followed it up with a mixtape with Drake named ‘What a Time to Be Alive’ the same year. The album debuted at first place on the Billboard 200.

The following year, Future released another mixtape named ‘Purple Reign’. He later followed it up with his fourth album ‘EVOL’ that premiered on DJ Khaled‘s debut episode of the Beats 1 radio show ‘We The Best’.

He has also released multiple singles certified gold or higher by the RIAA, including ‘Turn On the Lights’, ‘‘Where Ya At’, ‘Jumpman’, ‘Low Life’ and ‘Mask Off’.

Future came up with his fifth studio album in 2017. While his fans were soaking in the ecstasy of his new album, Future showered them with yet another new album, his sixth titled ‘HNDRXX’.

Both the albums went number one on the Billboard 200 and Canadian Albums Chart.

Here are the best highlights of Future’s career:

“I don’t write hits for myself, or for other artists, or to just be writing it. I write it because I was born to do this. I was given this gift and I’m making the most of my opportunity.” – Future

“If you want to play the piano, you just gotta love the piano, and I loved the way that music sounded from the beginning. Always did – everything about an instrument I loved.” – Future

View our collection of the best Future quotes!

Now that you know all about Future’s net worth, and how he achieved success; let’s take a look at some of the lessons we can learn from him:

Every mistake you make allows you to be honest because what’s in the dark will come to light, so it’s better to be truthful about it.

How much is Future worth?

Future’s net worth is estimated to be $40 Million.

How old is Future?

How tall is Future?

Future has definitely made a name for himself in the rap industry and his music has sold millions of copies all over the world. He has worked with artists such as Lil Uzi Vert, Travis Scott, Lil Durk, Drake, and Meek Mill.

What do you think about Future’s net worth? Leave a comment below.