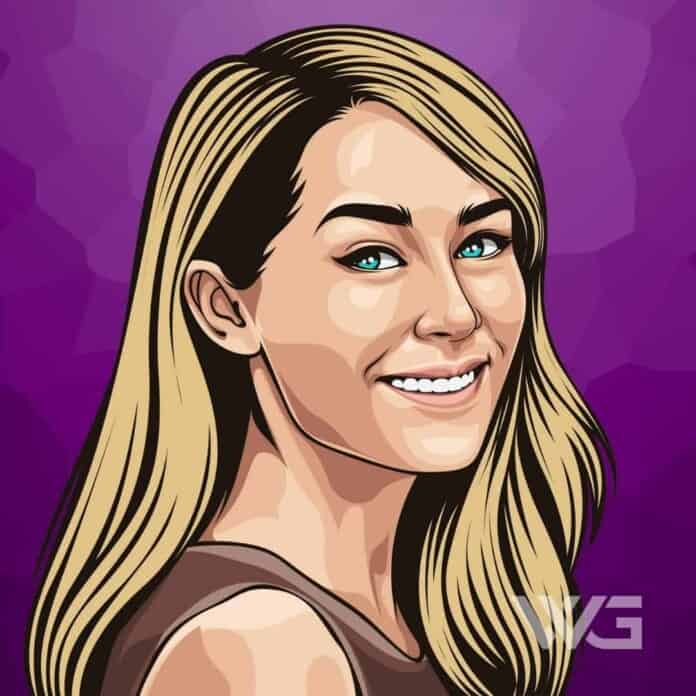 What is Lauren Conrad’s net worth?

Conrad came to prominence after being cast in the reality television series ‘Laguna Beach: The Real Orange County’, which documented her and her friends’ lives in their hometown of Laguna Beach, California.

As of December 2022, Lauren Conrad’s net worth is roughly $40 Million.

Lauren Katherine Tell was born on the 1st of February, 1986, in Laguna Beach. Tell is the daughter of Jim and Kathy. She has two younger siblings, a sister named Breanna, also a television personality, and a brother, Brandon.

Conrad first expressed an interest in a career in the fashion industry when she was in the sixth grade. Her father added that Conrad “wasn’t a great student and wasn’t that interested” during her childhood.

Conrad began her television career in 2004 when she starred in MTV’s reality TV series ‘Laguna Beach: The Real Orange County’. She left the series ‘Laguna Beach’ after its second season. However, in 2006, she made a guest appearance in its third season.

She later moved to Los Angeles where Laguna Beach’s spin-off series ‘The Hills’ was created to showcase the lives of Lauren Conrad, her housemate Heidi Montag, and their friends Audrina Patridge and Whitney Port.

The same year, she went on to act in the comedy flick ‘Epic Movie’. The following year, in March, she launched her first ever fashion line called The Lauren Conrad Collection; it didn’t become successful and was wrapped up the very next year.

In 2009, she lent her voice to a cartoon character in an episode of the animated series ‘Family Guy’. That year, Lauren Conrad also released her first novel titled ‘L.A. Candy’ that went to appear in the New York Times’ best-seller list.

In 2012, she came up with ‘The Fame Game’ continuation novel titled ‘Starstruck.’ The final novel of the trilogy titled ‘Infamous’ was released the following year.

Here are some of the best highlights of Lauren Conrad’s career:

“If you really wanna be with someone, it should be someone you really like, someone you’re really proud to be with, and you should want to call them your boyfriend or girlfriend.” – Lauren Conrad

“Blogging is a great way to show your talents and interests to prospective employers while adding an edge to your resume. If you blog consistently it shows your dedication, passions, and creativity – all of which are key attributes employers look for in job candidates.” – Lauren Conrad

Now that you know all about Lauren Conrad’s net worth, and how she achieved success; let’s take a look at some of the lessons we can learn from her:

1. Settling For Second Best is Not an Option

Never, ever settle. You’re too wonderful, unique and perfect to not be truly happy in life.

Be sure to always make time for your friends, in the end, they’re the ones who will still be there for you.

3. Be the Better Person

Being nice to people you don’t like is not equivalent to being fake; it’s simply taking the higher road and moving on. Just kill them with kindness!

How much is Lauren Conrad worth?

Lauren Conrad’s net worth is estimated to be $40 Million.

How old is Lauren Conrad?

How tall is Lauren Conrad?

Lauren Conrad came into prominence after appearing in the reality show ‘Laguna Beach: The Real Orange County’ alongside her real-life friends Heidi Montag, Whitney Port, and Audrina Patridge. Conrad has worked with the renowned magazine ‘Teen Vogue’ as well.

As of December 2022, Lauren Conrad’s net worth is approximately $40 Million.

What do you think about Lauren Conrad’s net worth? Leave a comment below.