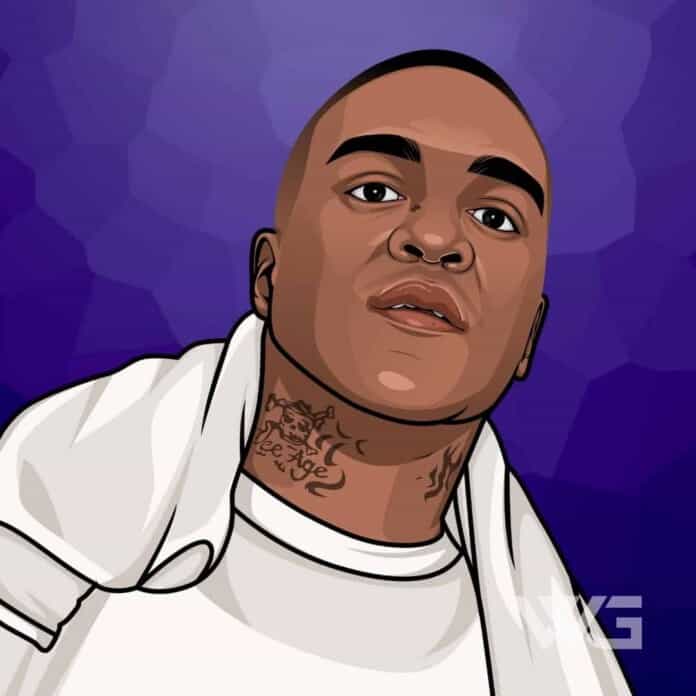 What is Mike Jones’ net worth?

Mike Jones is an American rapper.

In 2004, he reached national fame with the release of his breakout single ‘Still Tippin’. Jones subsequently released his single “Back Then’, which peaked at number 22 on the Billboard. ‘Still Tippin” and ‘Back Then’ acted as singles for his debut studio album ‘Who Is Mike Jones?’, released in 2005.

Michael Allen Jones was born on the 18th of November, 1981, in Houston, Texas.

Jones transferred from school to school many times, forcing him to only play in YMCA leagues due to transfer rules after the ninth grade.

Jones worked at a Compaq plant and sold cell phones from an apartment on Antoine Drive. T. Brown, Jones’s partner in several financial ventures, said that he sold some “dime bags” for six months.

Jones started Ice Age Entertainment, an independent record label, in 2001. He later signed to Swishahouse. In 2004, Jones had a breakout single with ‘Still Tippin’. He signed with Jive Records and Warner Bros.

The following year, he released his debut album ‘Who is Mike Jones?’. The album reached double Platinum status. His 2007 single ‘My 64’ debuted on the first spot on the Bubbling Under Hot 100 Singles chart. The same year, he starred in his own movie ‘American Dream.’

In 2009, Jones released his second album ‘Voice.’ It debuted on the 12th spot on the Billboard 200 chart. He did not release any music or videos in 2010 or 2011, later saying he had financial disputes with Asylum Records.

He announced that he finished his new album ‘Where Is Mike Jones?’ although the album was yet to be released at the end of 2017.

Here are some of the best highlights of Mike Jones’ career:

“I am very excited and grateful to return to coaching. After coach Lofton presented me with the opportunity to return, I had mixed feelings. But after much prayer and visits with my family, the administration and coach Lofton, I felt it was an opportunity I could not pass up.” – Mike Jones

“Basically, I’ve been struggling all year, so I just wanted to get the bat on the ball and get a base hit. Coach asked before the game if we remembered the end of the football season. It was a good game for us.” – Mike Jones

“This situation is why we put teams like Greenville on the schedule, so we’d be used to traveling. This team has matured throughout the season, and the seniors have stepped up to lead them from day one, and I think that will continue Tuesday.” – Mike Jones

“Think about what is sitting on their bench – lucky to be alive by everything I’ve heard – and how they were able to overcome the emotional part of that somehow and still get through all those matches to get here. I give them credit. There’s something special there, because they may have lost, but they didn’t play like losers.” – Mike Jones

“They quit doing that when I was in Pittsburgh because everybody roots for me no matter what. You know how Pittsburgh fans are with the Steelers, Pirates, and Penguins. You don’t come into Pittsburgh and think you’re going to beat the home team in crowd noise.” – Mike Jones

Now that you know all about Mike Jones’ net worth and how he achieved success; let’s take a look at some of the lessons we can learn from him:

Share your progress, not your goals, and you’ll always be motivated.

Comparing ourselves to others is one of the most toxic habits that can drastically affect our mental health and emotional wellbeing.

Visions are possible to achieve, and everyone who tells you otherwise is a cynical person who’s given up on the abundance of beauty that life has to offer.

How much is Mike Jones worth?

Mike Jones’ net worth is estimated to be $6 Million.

How old is Mike Jones?

How tall is Mike Jones?

Mike Jones is an American rapper. He dropped out of high school and bought and sold cell phones. Jones credits his grandmother with giving him the idea to pursue rap.

He started his career with the group Souf Folk and used the alias Sache.

What do you think about Mike Jones’ net worth? Leave a comment below.