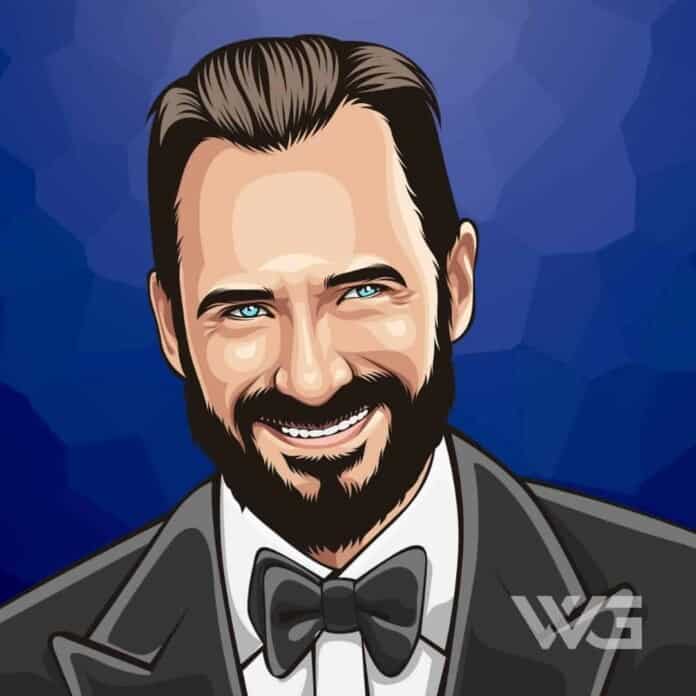 What is Ralph Fiennes’ net worth?

Ralph Nathaniel Twisleton-Wykeham Fiennes is an English actor, film producer, and director from Ipswich, England. He is best known for starring in movies such as ‘Shindler’s List’, ‘The English Patient’, The Harry Potter franchise,  and ‘The White Crow’.

As of February 2023, Ralph Fiennes’ net worth is approximately $50 Million.

Ralph Nathaniel Twisleton-Wykeham Fiennes was born on the 22nd of December, 1962, in Ipswich, England. His father was a farmer and photographer and his mother was a writer.

Fiennes attended St. Kieran’s College, later transferring to Newtown School in County Waterford. His family moved to Salisbury, which is why he had to finish his schooling at the Bishop Wordsworth’s School.

Fiennes began his career on the Royal Academy of Dramatic Art where he attended from 1983 to 1985. He started his film career in 1992 by playing ‘Heathcliff’ in the movie version of Emily Bronte’s ‘Wuthering Heights’.

In 1993, he portrayed one of the most memorable and crucial roles in his life. He portrayed ‘Amon Goeth’ in Steven Spielberg’s movie on the mass murder of Jews by Nazis, ”Shindler’s List’ alongside Liam Neeson.

In the same year, he starred in the movie version of John le Carre’s novel, ‘The Constant Gardener’.

Throughout the 2000s, Fiennes did movies like, ‘Faith Healer’, ‘In Bruges’, ‘The Duchess’ and ‘The Reader’.

Here are some of the best highlights of Ralph Fiennes’ career:

“Success.. is all about being able to extend love to people… not in a big, capital letter sense but in the everyday. Little by little, task by task, gesture by gesture, word by word.” – Ralph Fiennes

“I’m interested in the spirits of people. In the theatre, there’s the acting part of acting – and I’m not saying that can’t be great – and there’s the essence. To explore that essence, you need a key, a look, a gesture, an insight that unlocks the person’s soul.” – Ralph Fiennes

“Having gone through the editing process, I can see that in actor’s faces there’s the point where they’re not managing their performance and that’s, I think, the best place to be. You’ve done the homework, you’ve learned the lines, at that point you just sort of let it out.”  – Ralph Fiennes

“I don’t feel particularly comfortable about actors using whatever power they may have to push their beliefs unless they’re extremely well informed.” – Ralph Fiennes

“There are those moments when you shake someone’s hand, have a conversation with someone, and suddenly you’re all bound together because you share your humanity in one simple moment.”  – Ralph Fiennes

“Being an actor means asking people to look at you. I guess I accept that. But it’s a profession in which the job is to show another world and other people. You may access it through bits of yourself, and your imagination and experience, but actually, in the end, you’re not playing yourself.” – Ralph Fiennes

3 Lessons from Ralph Fiennes About Life

Now that you know all about Ralph Fiennes’ net worth, and how he achieved success; Let’s take a look at some of the strongest lessons we can learn from him:

1. You Can Think Too Much

Actually, in general, people think too much. It’s ok to think.

2. You Can Be Rash and Make Stupid Mistakes Because You Don’t Think Enough

On the flip side of overthinking, you can also not think enough. If you don’t think things through, you might possibly find yourself in a situation or with someone you would prefer to avoid.

You won’t run out of tears if you cry a lot and crying is actually quite therapeutic. Crying is an emotional release and is good for you!

How much is Ralph Fiennes worth?

Ralph Fiennes’ net worth is estimated to be $50 Million.

How old is Ralph Fiennes?

How tall is Ralph Fiennes?

Ralph Fiennes is one of the best actors in the world. He ventured into movies soon after with his dark and dense characterization of Bronte’s ‘Heathcliff’ in ‘Wuthering Heights’.

Although the movie did fairly well but it could not get him the international fame that he deserved, but Spielberg’s Jewish massacre drama, ‘Schindler’s List’ forced the filmmakers across the world to take notice.

As of February 2023, Ralph Fiennes’ net worth is approximately $50 Million.

What do you think about Ralph Fiennes’ net worth? Leave a comment below.