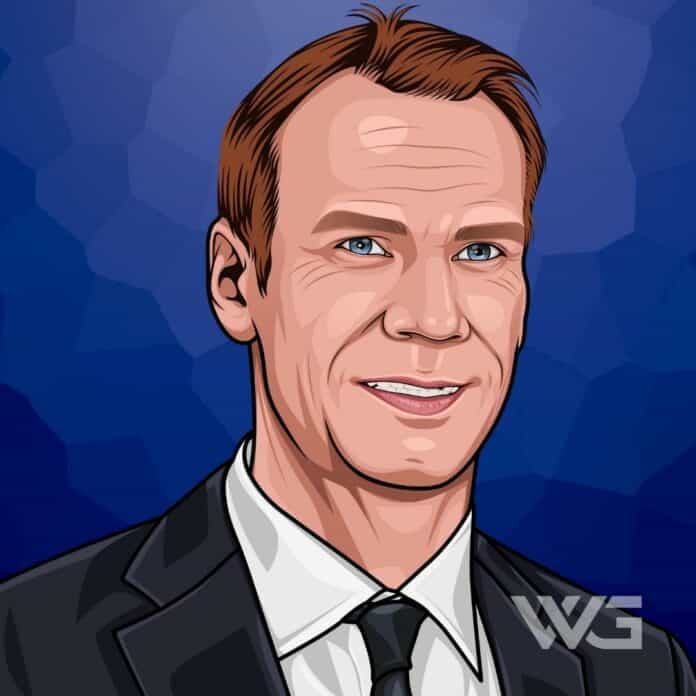 What is Nicklas Lidstrom’s net worth?

Erik Nicklas Lidstrom is considered to be one of the greatest defencemen in NHL history, and he played 20 seasons with the Detroit Red Wings.

During his time with the Red Wings, he participated in over 1,500 games, and became one of only a handful of defencemen to score 1,000 points.

While he retired in 2012, he currently serves as the Detroit Red Wings vice president of operations, which shows how loyal he remains to his former team.

As of January 2023, Nicklas Lidstrom’s net worth is estimated to be $60 Million.

Erik Nicklas Lidstrom was born April 28, 1970, in Krylbo, Sweden, though not much is known about his childhood before he started his amateur hockey career.

He began playing in Avesta, Sweden, for Skogbo SK before joining VIK Vasteras HK of the Swedish Hockey League.

With Vasteras, Lidstrom played three seasons, scoring 12 goals and 30 assists, and his skills on the ice earned him the attention of the NHL.

During the 1989 NHL Entry Draft, Lidstrom was selected by the Detroit Red Wings and joined their team officially for the 1991-92 season.

During his career, Nicklas Lidstrom came to be considered one of the greatest defensemen in NHL history. He earned the Norris Trophy seven times, which only two other players have ever matched.

Lidstrom played with the Detroit Red Wings for the entirety of his 20-year career, and during this time, he won the Stanley Cup four times and appeared in 263 Stanley Cup playoff games.

What’s more, is that Lidstrom was only the eighth defenseman in NHL history to have scored 1,000 points, making the milestone even more significant.

In 2011, Lidstrom was named a team captain in the NHL All-Star Game, but it was during this time that he also started contemplating retirement.

He ultimately played out the rest of the 2011 season, becoming the 14th player in the NHL to play 1,500 games and one of only three to have played that many games for the same team.

Lidstrom announced his retirement in 2012, being inducted into the Michigan Sports Hall of Fame two years later.

Thanks to his long career in the NHL, Nicklas Lidstrom has become one of the richest hockey players in the world, and his wealth is continuing to grow.

While some seasons have been better than others, Lidstrom has enjoyed some pretty substantial paydays.

While he falls just short of being as wealthy as Pavel Bure, Nicklas Lidstrom has done exceptionally well for himself overall.

Nicklas Lidstrom has four sons with his wife Annika, and all of them have gone on to play hockey for teams around Sweden.

His son Samuel most notably plays for the VIK Vasteras HK, the same team his father did before moving into the NHL.

In 2019, he published his first authorized biography, Nicklas Lidstrom: The Pursuit of Perfect, which details his life and professional hockey career.

On social media, he remains active on his official Twitter account, where he posts about hockey and updates about the Detroit Red Wings.

Nicklas Lidstrom has won a staggering number of awards during his 20-year career in the NHL.

While all of his accolades and accomplishments have been impressive, some have been more prestigious than others.

Here are some of Nicklas Lidstrom’s greatest career achievements and awards:

During his career, Lidstrom has won almost as many awards as Wayne Gretzky, cementing himself as a legendary NHL player.

How Does Nicklas Lidstrom Spend His Money?

In 2012, fans got a glimpse at Nicklas Lidstrom’s lavish lifestyle when he put his Michigan mansion on the market for $2.9 million.

This 6,956 sqft house has five bedrooms and eight bathrooms and sits just outside of the town of Novi.

The house also boasts a huge patio, a winding central staircase, and a special cellar where the most expensive wines in the world can be stored.

It also has its own sports court outside that sits next to an outdoor sitting area with a built-in fireplace.

While we don’t know where Lidstrom has since moved to, we can safely assume it is just as lavish as his past mansion.

Nicklas Lidstrom has achieved a lot during his long career in the NHL, all of which have helped make him one of the greatest players in history.

However, some of his milestones have certainly been more significant than others.

Here are some of the best highlights of Nicklas Lidstrom’s career:

Nicklas Lidstrom was extremely dedicated to being the best he could be on the ice.

However, regardless of how skilled he was on the ice, Lidstrom remained humble enough to know when to walk away.

Here are our favorite quotes from Nicklas Lidstrom:

There is a lot that we can learn from Nicklas Lidstrom and his successful 20-year career in the NHL.

Now that you know all about Nicklas Lidstrom’s net worth, we can take a closer look at what he can teach us about reaching our own goals.

Here are some of the best success lessons to learn from Nicklas Lidstrom:

Success doesn’t happen overnight; if you want to reach the top, you must be patient and work hard.

While this is easier said than done, the wait will be worthwhile when you finally reach the top.

2. Pay Attention To The Details

It can be easy to get caught up in thinking about the bigger picture while failing to notice the little details in the here and now.

Although having a big plan for the future is necessary, there are many opportunities you could miss if you’re thinking ahead too much.

3. Know When To Walk Away

Sometimes it is important to know when to walk away from opportunities when they’re not helping you succeed or when they’ve reached the end of their usefulness.

This doesn’t mean you should walk away from things without having a plan for what to do next, but you also shouldn’t stay tied down to something that’s not serving your goals.

Nicklas Lidstrom had one of the most successful NHL careers in history, and he earned millions during his time on the ice.

While he may not play anymore, he continues to grow his fortune as the operations vice president for his former team.

If you want to stay informed about changes to Nicklas Lidstrom’s career and wealth, make sure to check back often so you won’t miss any updates.

As of January 2023, Nicklas Lidstrom’s net worth is estimated to be $60 Million.

What do you think about Nicklas Lidstrom’s net worth? Leave a comment below.