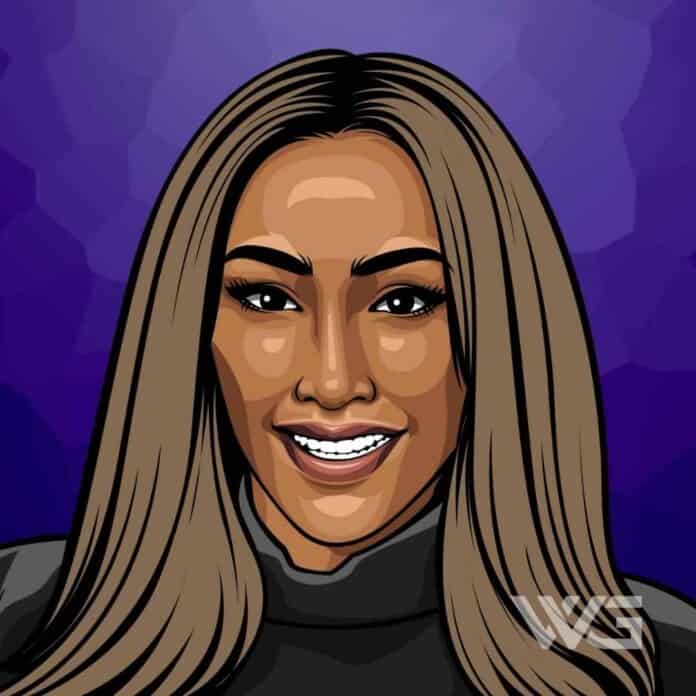 What is Nikki Mudarris’ net worth?

As of December 2022, Nikki Mudarris’ net worth is approximately $800 Thousand.

Nikki Mudarris was born on the 28th of June, 1990, in Hollywood Hills. She graduated from the University of Southern California and graduated with a degree in Business Communication in 2014.

Mudarris has a sister named Monique. Her older brother Omar passed away in 2015. She previously dated producers such as Mally Mall and Safaree Samuels.

In 2014, Mudarris became a supporting cast member of ‘Love & Hip Hop: Hollywood’. The first season of the show documents her relationship with producer Mally Mall and her blossoming romance with rapper Lil Fizz; she dated Lil Fizz until Season 2.

Mudarris later decided to join the show in a minor role at the last minute. She eventually earned a main role with the show on Season 3, where she came out as bisexual. During that time, she entered a polyamorous relationship with Safaree Samuels and Rosa Acosta.

While she was on ‘Love & Hip Hop’,  she embarked on a fashion career and founded a lingerie line called ‘Nude by Nikki’. According to her website, the online designer lingerie company is designed for the “luxurious, modern woman.”  Nikki also manages her family’s Hollywood and Las Vegas clubs.

Here are some of the best highlights of Nikki Mudarris’ career:

#AD boombod hit the cravings where it hurts this week – snacking is down, my holiday bod is here, and I’m ready for my New Years’ dress.  These shots are always my go to ‘cause they work fast and leave me feeling.” – Nikki Mudarris

“I appreciate everyone that supports @NudeByNikki. I always encourage women to boss up and do their own thing.” – Nikki Mudarris

Now that you know all about Nikki Mudarris’ net worth, and how she achieved success; let’s take a look at some of the lessons we can learn from her:

1. You Can’t Help Everyone

You can’t change someone who doesn’t see an issue in their actions.

Don’t expect to see a change if you don’t make one.

The best views come after the hardest climb.

How much is Nikki Mudarris worth?

Nikki Mudarris’ net worth is estimated to be $800 Thousand.

How old is Nikki Mudarris?

How tall is Nikki Mudarris?

Nikki Mudarris is an entrepreneur, socialite, and reality television personality who is best known for appearing on the hit VH1 reality show, ‘Love and Hip Hop: Hollywood’ and is also a well-known figure around Hollywood having been born and raised in the Hollywood Hills.

As of December 2022, Nikki Mudarris’ net worth is estimated to be roughly $800 Thousand.

What do you think about Nikki Mudarris’ net worth? Leave a comment below.

What is Dan Bilzerian's net worth? Introduction As of ,...