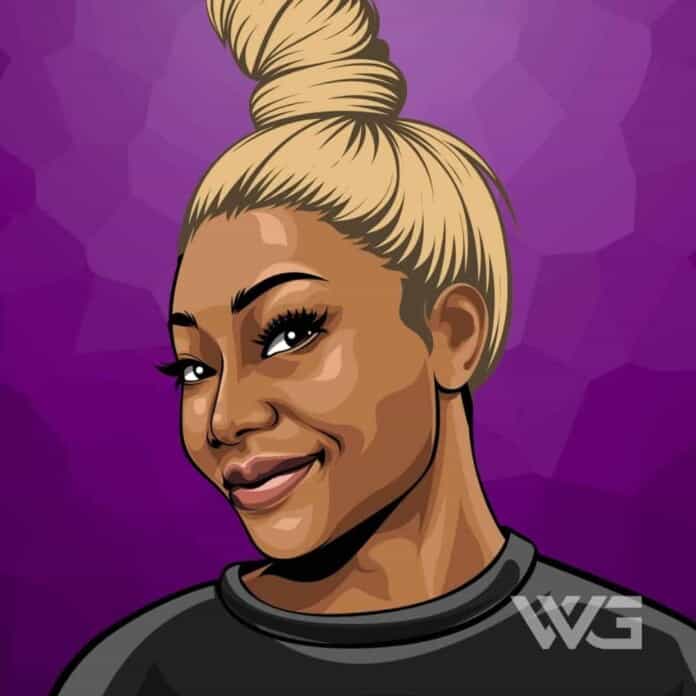 What is Summer Walker’s net worth?

Summer Walker is an American singer-songwriter from Atlanta, Georgia. Walker is signed to LoveRenaissance and InterScope Records. Her commercial mixtape Last Day of Summer was released on October 19, 2018.

As of February 2023, Summer Walker’s net worth is estimated to be $4 Million.

Summer Marjani Walker was born on the 11th of April, 1996, in Atlanta, Georgia, to a British father and American mother, who eventually divorced. From 2016 to 2018, she had a cleaning business, while stripping in Atlanta.

She taught herself how to play the guitar by watching tutorials on YouTube.

Walker was discovered by a woman who has the same name as her, who works as the studio manager of an Atlanta-based label LoveRenaissance. In 2018, she dropped her commercial mixtape ‘Last Day of Summer’.

Her album contained her thoughts on love, doubt, and womanhood. In late 2018, she went on tour with 6LACK on the From East Atlanta With Love Tour.

On January 25, 2019, she released her first EP titled ‘CLEAR’, consisting of four tracks of acoustic recordings.

Later this year, Walker released ‘Playing Games’ as the first single to her album, Over It. The track, which contains an interpolation of Destiny’s Child’s number-one hit ‘Say My Name’ was produced by London on da Track.

Here are some of the best highlights of Summer Walker’s career:

“Na fr though I’ve decided y’all don’t deserve me lol I knew from day one I was to real for this shit. Y’all can have the music & ima just head out. fuck the interviews, photoshoots, videos, & really the shows too. I’ll finish this tour out tho.” – Summer Walker

“Hey y’all as you know, I have been very open about my struggle with social anxiety. I want to continue to be healthy and to make music for y’all, so I have decided to cut down some of the dates on the tour. I’m grateful for every single one of you. I hope that you understand.” – Summer Walker

Now that you know all about Summer Walker’s net worth, and how she achieved success; let’s take a look at some of the best lessons we can learn from her:

If it scares you, it might be a good thing to try.

Be brave enough to start a conversation that matters.

How much is Summer Walker worth?

Summer Walker’s net worth is estimated to be $4 Million.

How old is Summer Walker?

How tall is Summer Walker?

Summer Walker is an American singer and songwriter who released her debut studio album Over It in 2019 on LoveRenaissance and Interscope records. The album reached #1 on the US R&B and the US R&B/Hip-Hop charts and #2 on the Billboard 200 chart.

As of February 2023, Summer Walker’s net worth is estimated to be $4 Million.

What do you think about Summer Walker’s net worth? Leave a comment below.