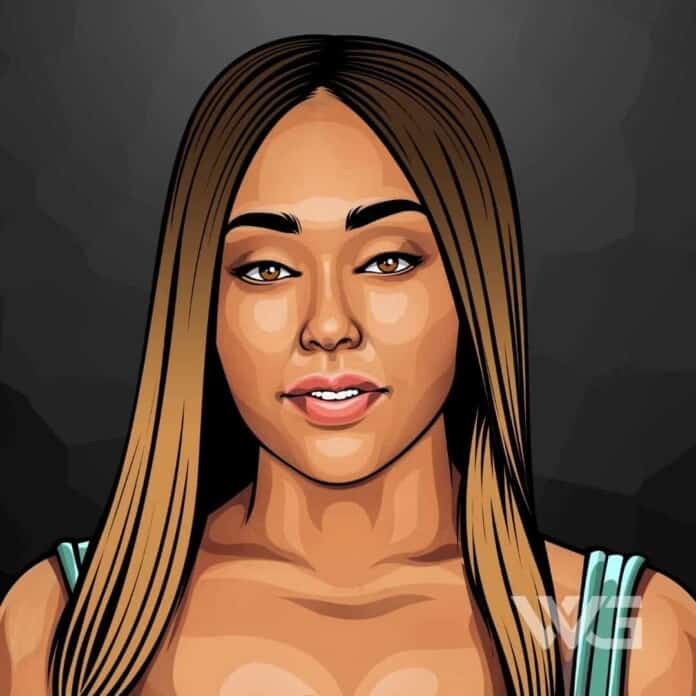 What is Jordyn Woods’ net worth?

Jordyn Woods is an American model and social media star from Los Angeles. Woods is one of the most sought after plus-size models in the United States and often talks about body positivity and self-acceptance.

She has modeled for brands like ‘Vogue’ and ‘Mane Addicts.’

Jordyn Woods was born on the 23rd of September, 1997, in Los Angeles. Woods was raised by her mother Elizabeth Woods who works as a brand manager and as a photographer.

She was exposed to the glitz and glamor of the entertainment industry at a young age. She started posing in front of the camera at the age of 6 when she modeled for ‘Ford Modeling Agency.’

Woods first gained fame as a social media star when she created her Vine account. She started posting a variety of videos and managed to accumulate a decent number of followers. Thereafter, she created her Instagram account, which currently has more than 5.3 million followers.

She is also famous on Twitter, where she has more than 250,000 followers. She owns a self-titled YouTube channel, which was created on August 15, 2016. As her popularity grew on social media, she was contacted by the famous modeling and talent agency, ‘Wilhelmina International.’

She eventually became the ambassador for ‘Lovesick,’ a new brand aimed at plus size women across the world. According to the model, ‘Lovesick’ provides trendy clothing for plus size women, so that they can feel good about themselves.

Jordyn has also appeared in a couple of episodes of the famous reality television series, ‘Life of Kylie.’

Here are some of the best highlights of Jordyn Woods’ career:

“Sunday night, I went to dinner with some friends, and I went to this bar after—there was a party going on. I was minding my business, dancing, drinking. Tristan was there he was doing his own thing—that was it. After the club, normal L.A. culture when you’re young, go to the bar, go to the club, it ends early, we all go to a house after. We’re not thinking about whose house or where it’s at. We’re all having fun, we’re in the moment.” – Jordyn Woods

“There was no lap dance involved, but what I can think as to why someone would say that. He’s sitting in this chair and there’s an arm of the chair that goes up, and I’m sitting on the arm of the chair, so if you come into the party and you look, and you see me sitting on the chair…in my head, this is innocent. We’re all drinking, we’re all chilling.” – Jordyn Woods

“I was drunk. I was not tipsy, I was drunk. But I was not beyond the point of recollection. I know where I was. But, on the way out [of Tristan’s house], he did kiss me. No passion, no nothing. On the way out he just kissed me.” – Jordyn Woods

” And in my head of trying to forget that part of the story, I was like, “You know, no [nothing happened].” – Jordyn Woods

View our larger collection of the best Jordyn Woods quotes!

Now that you know all about Jordyn Woods’ net worth, and how she achieved success; let’s take a look at some of the strongest lessons we can learn from her:

Remember what your mother taught you, it came from the most sacred place of love that exists.

Never let an argument last, never hold a grudge, it will make your heart heavy.

Forgive those that have yet to do you wrong, and you won’t have to worry about it should the time come.

How much is Jordyn Woods worth?

Jordyn Woods’ net worth is estimated to be $6 Million.

How old is Jordyn Woods?

How tall is Jordyn Woods?

Jordyn Woods is a well-known face in the model industry. She is one of the most popular after plus-size models in the United States. Woods often talks about body positivity and self-acceptance. Her Instagram has over 9.6 million followers as of 2019.

What do you think about Jordyn Woods’ net worth? Leave a comment below.