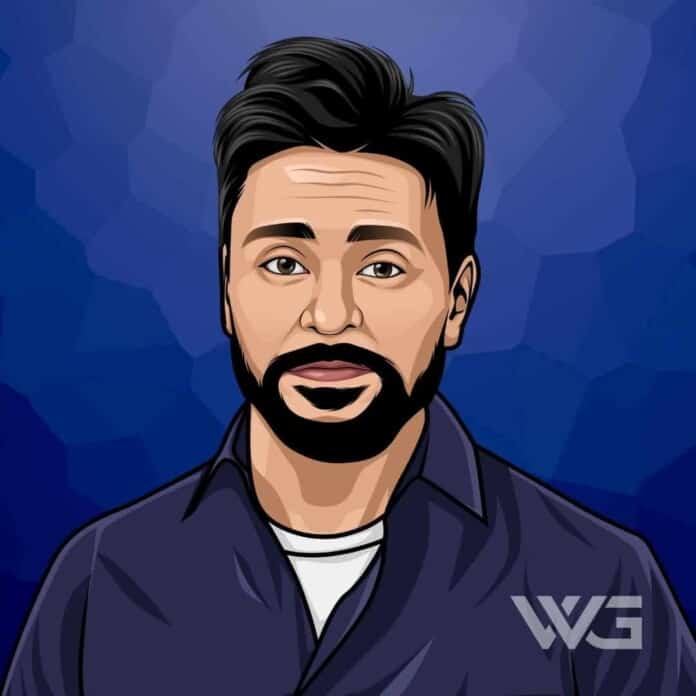 What is Ray William Johnson’s net worth?

Johnson is best known for his eponymous YouTube channel and his web series.

In October 2020, his channel had earned more than two billion views and 9.65 million subscribers. In 2014, Johnson left the series but continued to produce it and other web series such as ‘Booze Lightyear,’ ‘Comedians On,’ and ‘Top 6’.

Ray William Johnson was born on the 14th of August, 1981, in Oklahoma City, Oklahoma. Johnson attended Norman North High School, where he graduated in 1999. His goal was later to earn a law degree after completing his undergraduate studies.

Johnson started to post videos on YouTube during his college years. The videos were standard video blogs that he published on a now-deleted channel.

Johnson started to post videos to his YouTube channel in 2009. In 2011, the channel became YouTube’s first to reach 5 million subscribers. He signed a deal with Maker Studios to produce videos on set in Culver City.

The following year, Johnson announced that he would be leaving Maker Studios. He founded his own production studio, Equals Three Studios, and continued producing Equals Three.

In 2013, he won critical acclaim with his web series ‘Riley Rewind,’ which earned him the 7th spot of “Best Web Series of 2013 List”. He also got a place at Hollywood Reporter’s list of “Comedy Class of 2013”.

The same year, Johnson debuted his first scripted series ‘Riley Rewind,’ which was first released on Facebook before migrating to YouTube. In 2015, the series had received 10 million views on Facebook.

Johnson was attached to an indie film project titled ‘Who’s Driving Doug’ in 2014. The film was written by Michael Carnick, who uses a wheelchair due to a rare disorder.

He is also the co-creator of the film production company Mom & Pop Empire. Kaja Martin and Johnson worked on a documentary project seeking to expose cable monopolies.

Here are some of the best highlights of Ray William Johnson’s career:

“Never angrily rant into your webcam. While smashing a keyboard in half over a game of ‘World of Warcraft’ may seem totally justified in your head, to the rest of the known universe you look like a raging psychopath.” – Ray William Johnson

“Human beings don’t want to just enjoy something by themselves. They want to share that emotion – they want everyone around them to enjoy it like they enjoy it or hate it like they hate it. That’s what makes a video spread.” – Ray William Johnson

“What really shocks me, what I can honestly sit back and ponder for hours in a lot of cases is just, ‘Why would you film yourself doing that? Who put you up to that? What are you getting out of that?” – Ray William Johnson

“Maybe someday, if I work hard enough, entertainment will be a career for me, but right now making videos and uploading them to the Internet is just a hobby.” – Ray William Johnson

“I was influenced by a lot of stand-up comedians… Eddie Murphy back when he was doing ‘Raw.’ I watched that so many times as a kid, I can probably still quote the entire thing to this day. Chris Rock. Dave Chappelle. George Carlin. A lot of the guys who were sort of edgy for their time.” – Ray William Johnson

“My success has been something I’ve worked a long time at and it’s been a gradual process. I compare it to the idea of someone losing a lot of weight over a period of a few years. You don’t really notice the weight loss overall but if you compare photos from then and now there’s a big difference.” – Ray William Johnson

Now that you know all about Ray William Johnson’s net worth and how he achieved success; let’s take a look at some of the lessons we can learn from him:

As a general rule, if you are prone to melodramatic meltdowns, please avoid purchasing a webcam for any reason.

Human beings don’t want to enjoy something by themselves. They want to share that emotion – they want everyone around them to enjoy it like they enjoy it or hate it as they hate it.

Sometimes, comedy and entertainment are not all about telling jokes; sometimes, you have to be you for a few moments. Always be yourself, and people will see what’s real.

How much is Ray William Johnson worth?

Ray William Johnson’s net worth is estimated to be $10 Million.

How old is Ray William Johnson?

How tall is Ray William Johnson?

Ray William Johnson is an American comedian who has earned his net worth from his popular YouTube channel. His YouTube channel is one of the most subscribed channels on YouTube.

To date, the channel has over 9.60 million subscribers. In 2011, an industry publication stated that Johnson held six of the top 20 most-watched videos of the month.

His talent has not been limited to just YouTube as he has acted and starred in various web series and documentaries. He has worked with many celebrities and other YouTube stars, such as Robin Williams and Snoop Dogg.

What do you think about Ray William Johnson’s net worth? Leave a comment below.