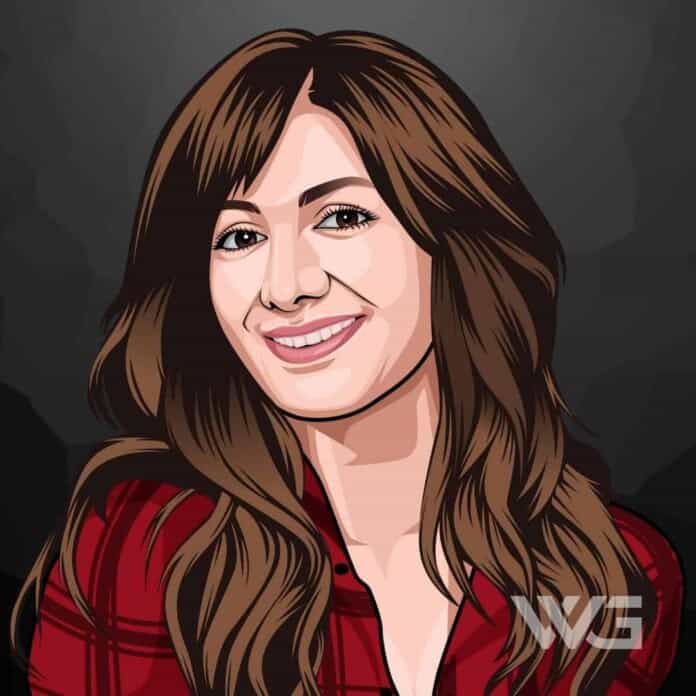 What is Nasim Pedrad’s net worth?

As of December 2022, Nasim Pedrad’s net worth is roughly $3 Million.

Nasim Pedrad is an American actress and comedian best known for her five seasons as a cast member on ‘Saturday Night Live’ from 2009 to 2014. She has since gone on to co-star in sitcoms such as ‘Mulaney’, ‘Scream Queens’ and ‘People of Earth’.

Nasim Pedrad was born on the 18th of November, 1981, in Tehran, Iran. Her parents are Arasteh Amani and Parviz Pedrad. Pedrad’s family emigrated to the United States in 1984 when she was two years old.

Her younger sister is comedy writer Nina Pedrad. Both sisters are fluent in Farsi. The sisters were raised in Irvine, California.

Pedrad was a performer with the Sunday Company at The Groundlings. She frequently performed her one-woman show Me, Myself & Iran at the Los Angeles divisions of ImprovOlympic and the Upright Citizens Brigade Theater. The show was selected for the 2007 HBO Comedy Festival in Las Vegas.

In 2011, she was a recurring voice on the Fox animated series ‘Allen Gregory’. She appeared with a small role in the 2011 film ‘No Strings Attached’.

In the autumn of 2014, she left Saturday Night Live to star in a new Fox sitcom, ‘Mulaney’. On October 18, 2014, Fox shut down the production of the series by reducing the 16-episode order by three episodes.

Beginning in 2015, Pedrad has a recurring guest role as LAPD officer Aly Nelson on the Fox sitcom ‘New Girl’. She portrayed Gigi Caldwell in season one of Fox horror-comedy ‘Scream Queens’.

Here are some of the best highlights of Nasim Pedrad’s career:

“If men could get pregnant, abortion clinics would be like Starbucks – two on every block and four in every airport. And the morning-after pill would come in different flavors like sea salt and cool ranch.” – Nasim Pedrad

“I knew at a young age that I wanted to do comedy, and maybe part of that was trying to fit in at school because I had a weird name, and my parents had these accents, and I was definitely a late bloomer.” – Nasim Pedrad

“I’ll never forget my very first [SNL] show. I had a card in my changing room from Kristen Wiig. It just had a heart on the inside, and she’d written: “Have fun.” That always stayed with me.” – Nasim Pedrad

“At the time, I was in L.A., just auditioning and hoping to land a part, dramatic or comedic. I started to feel really stagnant, waiting for a part. I was also taking classes at UCB and Groundlings, and at the higher levels, they focus on writing. It was such a relief to be able to write. During those programs, I wrote a one-woman show called Me, Myself, and Iran, and it ended up getting to Tina Fey. She recommended me to audition for SNL, so I got my first of two auditions through her.” – Nasim Pedrad

Now that you know all about Nasim Pedrad’s net worth, and how she achieved success; let’s take a look at some of the lessons we can learn from her:

How wonderful it would be if people did all they could for one other without seeking anything in return! One should never remember a kindness done, and never forget a kindness received.

2. Hard To Get Whatever You Want

Who does ever get what they want? It doesn’t seem to happen to many of us if any at all. It’s always two people bumping against each other blindly, acting out old ideas and dreams and mistaken understandings.

Treat people as an end, and never as a means to an end.

How much is Nasim Pedrad worth?

Nasim Pedrad’s net worth is estimated to be $3 Million.

How old is Nasim Pedrad?

How tall is Nasim Pedrad?

Nasim Pedrad is an Iranian American comedic actress who is best known for her five seasons as a cast member of Saturday Night Live. Throughout her career, she has also impersonated Kim Kardashian, Arianna Huffington, and Barbara Walters, among others.

What do you think about Nasim Pedrad’s net worth? Leave a comment below.