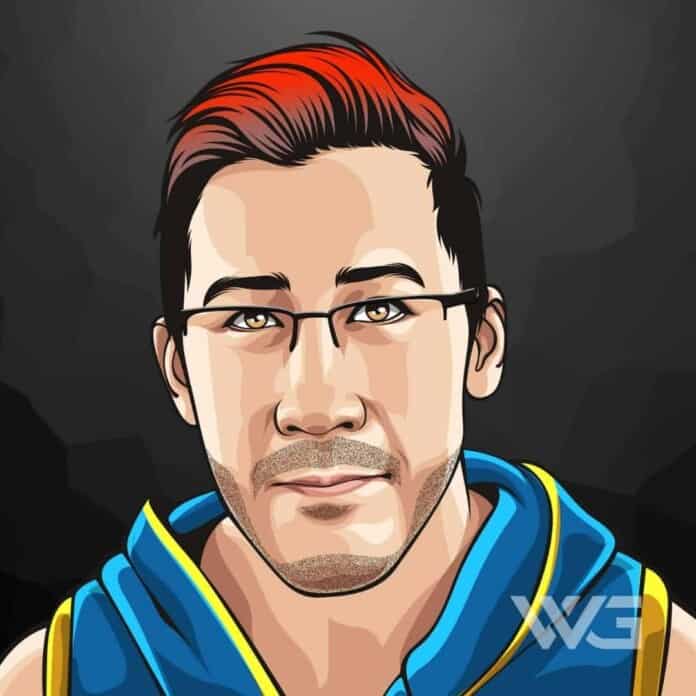 What is Markiplier’s net worth?

As of November 2022, Markiplier’s net worth is estimated to be roughly $35 Million.  Mark Edward Fischbach, better known online as Markiplier, is an American YouTuber from Honolulu, Hawaii.

As of April 2019, his channel has over 10.7 billion total video views and 23.5 million subscribers and is currently the 48th most-subscribed channel on YouTube.

Mark Edward Fischbach was born on the 28th of June, 1989, in Honolulu, Hawaii. Fischbach’s father is of German descent who served in the U.S military where he met Fischbach’s mother who is of Korean descent.

After his birth, his family moved to Cincinnati, Ohio. He attended Milford High School where he was a member of the school’s marching band, playing the trumpet.

Markiplier first joined a video-sharing website creating a channel titled ‘Markiplier’ in 2012. He started off with a playthrough of the video game ‘Amnesia: The Dark Descent’ and then went on with much other game series like ‘Dead Space’ and ‘Penumbra’.

His new channel, titled ‘MarkiplierGAME’, as of today is counted among the most popular channels of YouTube. He collaborated with YouTube channel ‘Cyndago’ which was created by fellow YouTubers Daniel Kyre and Ryan Magee in December 2012 and later joined by Matt Watson from Maker Studios.

‘MarkiplierGAME’ became hugely popular and by October 2015 his channel has garnered 10 million subscribers.

Throughout his career, he has collaborated with many including fellow YouTubers like PewDiePie, Jacksepticeye and LordMinion777; and celebrities like Jimmy Kimmel and Jack Black.

He also delved into acting with Alex Winter directed the American science fiction comedy film ‘Smosh: The Movie’ and other television and web series like ‘Table Flip’, ‘Grumpcade’ and ‘Gamer’s Guide to Pretty Much Everything’.

Here are some of the best highlights of Markiplier’s career:

“If you’re even a little bit different than what is considered the norm, then you’re an oddball.” – Markiplier

“I’d had a bad breakup, I was fired, I had a tumor in my adrenal gland, It was a series of unfortunate events. As I was recovering, I was so desperate to have something that was under my control.” – Markiplier

“I’m afraid they’ll think YouTubers are only these dancing monkeys that don’t take things seriously. There’s a huge group of YouTubers that take things extremely seriously and try to approach things with the utmost professionalism.” – Markiplie

“Nobody going into YouTube at that time could have ever anticipated they were going to make a living off of it. Now there’s an expectation that if you work hard enough you can make it, but it’s not true. Some people will work hard all their lives and they will not make it. That’s the reality of the world that we live in.” – Markiplier

“You do you, and I’ll do me, and we won’t do each other, probably. Sometimes you must reach beyond yourself to reach yourself within.. yourself.” – Markiplier

Now that you know all about Markiplier’s net worth, and how he achieved success; let’s take a look at some of the strongest lessons we can learn from him:

You can change the world or you can worry about fitting in but you just can’t do both.

Change is hard at first, messy in the middle, and beautiful at the end.

The real key to getting great things done is to stop doing so many good things.

How much is Markiplier worth?

Markiplier’s net worth is estimated to be $35 Million.

How old is Markiplier?

How tall is Markiplier?

Markiplier has garnered tremendous fame through his YouTube account ‘markiplierGAME’ where he posts action video games, indie games, and gameplay commentary videos. He was ranked 6th in a list of 20 most influential celebrities among teenagers in the United States in 2015.

In 2018, he earned $17.5 million which was enough to make him the sixth highest-paid YouTube star in the world.

As of November 2022, Markiplier’s net worth is approximately $35 Million.

What do you think about Markiplier’s net worth? Leave a comment below.