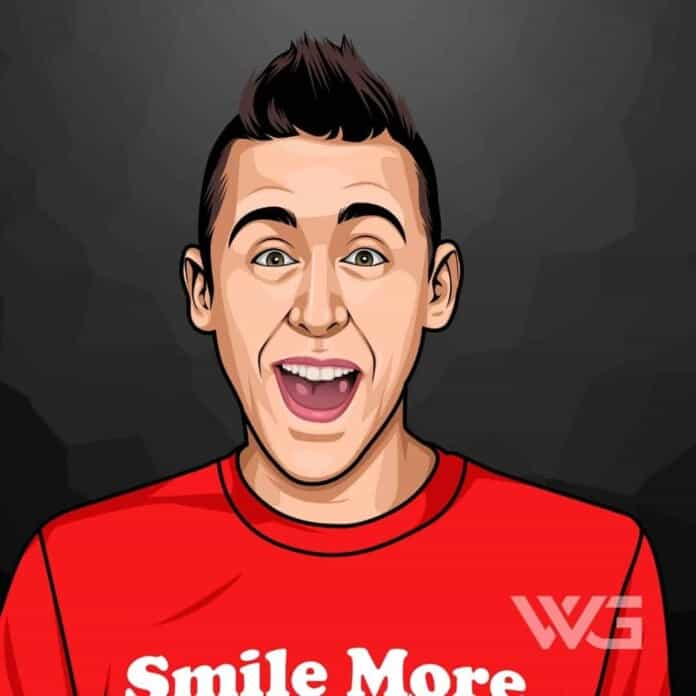 What is Roman Atwood’s net worth?

Roman Atwood is an American YouTube personality and prankster from Ohio. He is best known for his vlogs, where he posts updates about his life. His vlogging channel, “RomanAtwoodVlogs”.

Roman Bernard Atwood was born on the 28th of May, 1983, in Millersport, Ohio. Atwood has been filming and producing videos since high school. He was born to Curt Dale Atwood and Susan Atwood.

He has also worked on various film projects and commercials in Columbus, Ohio until 2010 when he decided to focus on his passion for comedy and created the YouTube channel “Sketch Empire”.

Atwood started making videos for his vlog channel in 2013 and they have gained more than 465 million views and have over 2.5 million subscribers. Atwood became the first YouTuber to vlog with a 360-degree camera that works on various devices.

His video “Anniversary Prank Backfires!!” was posted on November 20, 2013, and currently has over 86 million views.

It features Atwood pranking Smith on their five-year dating anniversary by confessing that he has cheated on her. The prank backfires when she sees the camera beforehand and pranks him back by pretending that she has cheated on him too. The video is one of his most popular videos.

The video shows Atwood pranking Smith by throwing a mannequin in a Spider-Man costume, pretending it was their son Kane. When Smith runs to the mannequin, she quickly pulls off its mask, realizing it was not Kane, and in fact the mannequin. This is also one of his most popular videos.

In 2016, Atwood and fellow YouTuber Yousef Erakat started a worldwide tour called “Roman vs. Fousey”. They have performed shows in the United States, Canada, and the UK.

Here are some of the best highlights of Roman Atwood’s career:

“Amazing night! Amazing fight! Nothing but respect to both @LoganPaul and @KSIOlajidebt for getting in that ring and putting on a show for all of us! Congratulations to KSI on the win. So amazing to see the community all under one roof! Let’s keep that energy going!” – Roman Atwood

“Today’s vlog is so special to me. Got to spend the day with 4 kids and families that wished to meet me from @MakeAWish truly the greatest honor to fulfill these wishes 🙂 thanks for watching and supporting.” – Roman Atwood

“Happy 15th Birthday to my soon to be taller than me son!! I love this boy more than words can say. He’s amazing.” – Roman Atwood

Now that you know all about Roman Atwood’s net worth, and how he achieved success; let’s take a look at some of the lessons we can learn from him:

It’s a mistake to think you are what you put on yourself.  Happiness is the greatest beauty secret.

2. Art Of Being Happy

The art of being happy lies in the power of extracting happiness from common things.

If you want to be happy, set a goal that commands your thoughts, liberates your energy, and inspires your hopes.

How much is Roman Atwood worth?

Roman Atwood’s net worth is estimated to be $14.5 Million.

How old is Roman Atwood?

How tall is Roman Atwood?

Roman Atwood is an American comedian, prankster, and vlogger who is known for his YouTube channel and his hidden camera public prank videos.

What do you think about Roman Atwood’s net worth? Leave a comment below.